I should cocoa: the best new chocolate hits

How to get your fix (includes healthy options)

Chocolate sales are surging, which should come as a surprise to no one. But now “Healthy” is a key consideration. That’s not simply a matter of calories; it can also mean plant-based. Vegan chocolate is one of the fastest growing categories.

The latest to hit the market is an oat-milk version, HiP (which stands for “Happiness in Plants”) – the brainchild of James Cadbury, whose great-great-great-grandfather John Cadbury founded the eponymous British confectioner (now owned by US multinational Mondelez International). James, a former City trader, launched his own premium chocolate brand, Love Cocoa, in 2016, with a range that includes English mint, avocado, and gin and tonic.

His latest line HiP was partly inspired by changes in his own diet, as he increasingly traded oat milk for dairy out of health and ethical concerns. Most dark chocolate contains no dairy. But he wanted a dairy-free range that wasn’t bitter like dark chocolate and satisfied people’s cravings for the kind of milky chocolate that delivers what he calls a “creamy mouthy feel”. He found the coconut-milk, soya or rice-powder-based bars currently out there “incomparable” to traditional milk chocolate and instead experimented with oat milk, which requires a completely different production process to remove the gluten. The HiP range launches this month (available to pre-order at hipchocolate.com, £2.95 a bar) with salted caramel, cookies and cream, Salty Pretzel and Creamy Oat Milk. I was sent a prototype of the Creamy Oat; it had a superior creaminess that sloshed around my mouth like a mini tidal wave without causing any of the, ahem, phlegmy build-up that can chase a Dairy Milk binge.

Another innovator, London-based BRIK, makes chocolates that push the boundaries of flavour and design. Danish co-founder Kia Utzon-Frank has a history of using chocolate to imitate other materials – she has made chocolate replicas of Andy Warhol paintings for Bonhams, and mouldings of bark for the Enea Tree Museum in Switzerland. Last year BRIK launched its terrazzo tiles (£9.90 each), amalgamations of chocolate chip and a chocolate base in coloured, textured squares, with flavours including salted caramel and passion fruit, and ruby, ginger and lemongrass. The newest additions are styled after “concrete” (charcoal-base chai, white chocolate, pepper-corn), “marble” (roasted reishi, sea buckthorn, caramel) and “charred wood” (100 per cent dark Madagascar chocolate, cardamom, orange). The company has also begun retailing its Danish-inspired flødeboller (£7.90 each, brik.site), handmade meringue and marzipan-filled beauties that look like polished marble domes. Among the flavours are vanilla, coffee and orange, and cherry and walnut. Utzon-Frank talks about eating them with “patience and care” rather than popping them in front of the telly. “You crack through the hard shell into this soft meringue that gives you this sweetness, balanced with the acidity of the dark chocolate and nuttiness of the marzipan,” she says of the taste “journey” you go on. I’d say pop them in front of the telly if you want, but expect to be distracted by the way they disintegrate in your mouth like a marshmallow bomb.

A true superhero product, the chocolate buttons from Islands Chocolate have previously only been available to iconic and Michelin-starred restaurants. But with the huge drop-off in restaurant trade this year, the seed-to-bar company has started selling them to home cooks for the first time (available in five varieties from 55 to 100 per cent cocoa content, from £9.50 for 300g). Islands Chocolate is a pioneer in many ways. It grows its own cocoa in St Vincent in the Caribbean, employs hundreds of workers at significantly higher wages than those advocated by Fairtrade, and cultivates a diverse crop of varietals that contribute to the rich, complex flavour of its wares. Chef Adam Byatt of Trinity in south London is not alone in calling it “as good as it gets” for its balance of exotic fruity, bitter and caramel tones.

As to which buttons to use in which recipe, Islands Chocolate MD Wilf Marriott has some recommendations: “The 65 per cent dark works perfectly in brownies because you get that fruitiness from the citrus notes and banana undertones, plus the sugar sweetness that people want. The 75 per cent works well in hot chocolate: fruity notes at the beginning and end, chocolate in the middle. The 85 per cent is great when you’re after that rich hit.”

For chocolate thrill-seekers, he offers another tip/confession. “Sometimes after lunch I make the 100 per cent dark into hot chocolate and drink it like an espresso,” he tells me. “It’s not as sweet but it hits your cravings and keeps me going to the end of the day.” Who doesn’t welcome new ways of getting a fix? 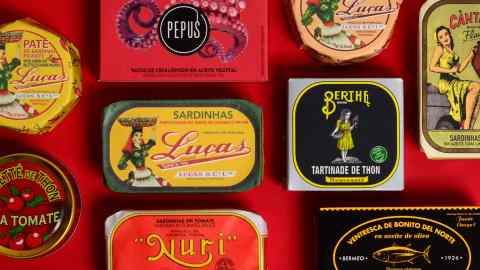 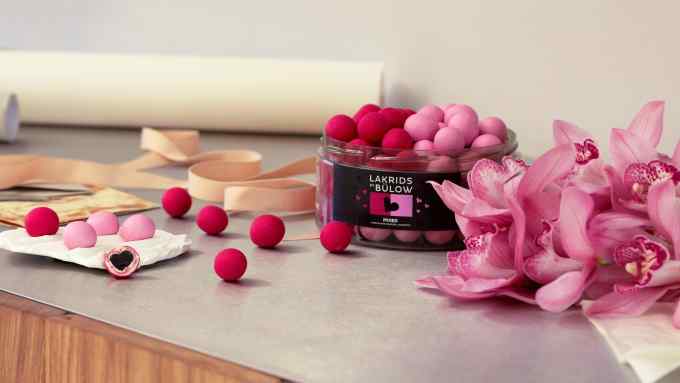