The gallerist talks about the making of his series, which ‘questions the art world status quo’

It began just a year ago, at Frieze New York in May 2018. Gallerist Sean Kelly, who opened his first Manhattan gallery more than 25 years ago, launched a plan to tackle what he saw as a growing problem in the art world.

Kelly tells me that the scheme had formed in his mind during a relaxed Sunday afternoon chat with a close friend, Daniel Sallick, an avid art collector and currently the chair of trustees of the Hirshhorn Museum in Washington DC. As the two bemoaned a tendency they both identified — the decline in real passion and connoisseurship among art collectors — the plan took shape.

It took the form of a podcast. That might seem counter-intuitive, to address a visual question through an audio medium, but Kelly’s podcast Collect Wisely, in which he talks one-to-one with collectors about the essential values of art, their reasons for collecting and their cultural passions, seems to have hit a nerve within the sector and beyond. If the upper echelons of the art world are suffering an existential crisis, these podcasts could be their therapy sessions.

The response, Kelly tells me, “made us realise how many people around the world feel the same way”. The podcasts leave no doubt about what way that is: a desire to “refocus the conversation around collecting to return it to the heart of the matter”. In a full-on confrontational message. “Are you chasing the high or history?” his website demands to know. “Will history remember you as an investor or a collector?” And the pithier slogan: “Value art, not its value.”

The podcast’s mission, beyond lamenting the erosion of core values centred on care and connoisseurship, is to “question the art world status quo” and its “increasing preoccupation with short-term monetary interests”. An art world driven by money, and collections measured by financial value, are the demons Kelly is out to slay.

Which, a devil’s advocate might coolly say, is a bit ironic coming from an enormously successful international art dealer with a roster of blue-chip artists. One who, in this podcast series, talks to a range of super-successful collectors buying art at a level most people can only dream of. In fact, though, Kelly talks feelingly about his own need to have his faith in firmer values restored — and how his conversations with like-minded collectors have refreshed and reaffirmed this. Belief is important here: Collect Wisely is not for cynics.

His subjects — 17 to date — are impeccably wide-ranging, from grandees such as J Tomilson Hill, the Manhattan financier whose collection ranges from Renaissance bronzes to art market darling Christopher Wool, and who has recently opened his own space next to New York’s High Line, to the 23-year-old “post-internet” collector Gary Yeh. Some are clients of Kelly’s gallery; some are not. Some, he tells me, he meets for the first time for the interview.

The talk ranges across the guest’s own focus — take Pamela Joyner, whose “mission-driven” collection is a “call to action” for artists from the African diaspora — to more general thoughts about how a collecting urge begins, what their first inspirations were, where and how they buy, advice to other art-lovers and would-be collectors.

The soundbites are always enjoyable, from Tomilson Hill describing how he wants a work to make him feel — “I look for a bloody nose. Sometimes a punch in the stomach” — to Mexican collector Pablo Sepulveda’s more tranquil view that “art should make you happy”.

If, as Kelly says, a life in collecting is a journey, and each journey unique, what unites these very disparate characters? And what do these chats tell us about collectors, and the urge to collect?

“There are communalities,” he replies, “that transcend geography, experience, age . . . There’s no one model but what binds them is passion” — that word again! — “and a devotion to making careful informed choices.”

One of the strongest messages to emerge is about care, and information, and research. Each of these high-achievers is, of course, nicely obsessional — Kelly describes how, for some, art collecting has become “life-defining” — and in their different ways each talks about educating yourself in art, reading and researching, endlessly visiting exhibitions, watching the progress of artists, looking, looking, looking until you know what you’re doing.

“You have to learn to see,” as Jill Kraus puts it. Some will follow certain artists devotedly for years; some wait a decade for a work they want to become available.

This collecting thing may be a passion but it’s certainly never a whim: it’s amazing they have the time to do anything else.

‘Are you chasing the high or history?’ Kelly’s website asks. ‘Will history remember you as an investor or a collector?’

The one thing they don’t talk about, on the podcast, is prices. Or, as Kelly says, “only rarely. Only when it has something to do with another issue.” Investment, in the monetary sense, is almost never mentioned, and genuinely does not seem a driving motive for any of these art-lovers.

But investment in another sense — public investment — is a powerful issue. One of the series’ aims, according to Kelly, is to inspire a 21st-century generation to make “a vital and meaningful investment in our common cultural future”; in more practical terms, several of the interviewees in the series are making their art holdings available to the public through private museums or spaces, donations and loans: an example is Marieluise Hessel Artzt, whose more than 2,000 art works are lodged at the Center for Curatorial Studies at Bard College in New York.

The success of Collect Wisely has made it a go-to for art advisers, educators and toe-in-the-water buyers: a sort of “road map”, as Kelly puts it, to the notoriously confusing terrain of the art world. As it enters its second year, he is moving it along to another stage — less confrontational, perhaps, and more aspirational. Next year will bring a book based on the series, and a physical exhibition with a single significant object or work loaned from each interviewee, with a text talking about what it means to them.

These “vehicles for aspirational thinking”, as Kelly describes them, are another part of the road map, drawn up especially for a new generation of artlovers and possible collectors. Collect Wisely is full of advice for them. It’s what we all want to know, after all: how on earth do you actually do this? Where do I start?

Boston-based Manuel de Santaren has some lyrical advice. “Think about what makes your heart sing when you watch something on a screen,” he says, “and let’s make a list of what you respond to, and then, let’s see which artists are doing work that has a reference to those things that give you goosebumps and take your breath away, and you begin there.”

And the money thing? Which, after all, does make a difference, to those of us who don’t have much. Rodney Miller, an important collector of contemporary African American and African art of the diaspora, puts it well. 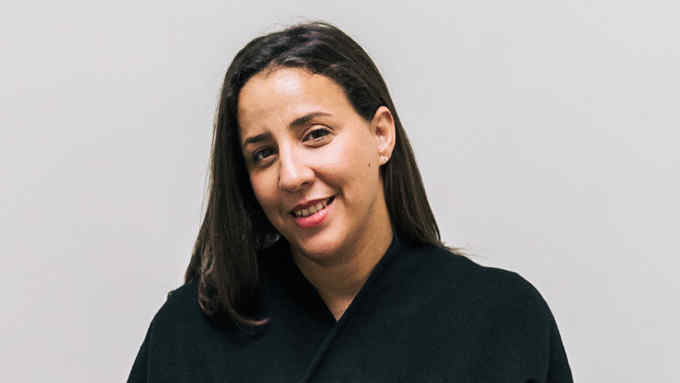