The first US-listed bitcoin exchange traded funds are on the verge of launching next week with the deadline for an objection from America’s top securities regulator fast approaching.

According to people familiar with the matter, the ETFs are likely to be given a green light by the US Securities and Exchange Commission, marking the culmination of an eight-year battle to win approval.

ProShares Bitcoin Strategy would be the first ETF to launch, probably on Tuesday, when the 75-day period during which the SEC could object will have expired. A day later, the Invesco Bitcoin Strategy ETF, would also be allowed to launch unless the regulator blocks it.

The likely approvals could open the floodgates to a stream of similar products, potentially fuelling a further leg up in the price of the cryptocurrency, which was trading 4.8 per cent higher on Friday at a shade under $60,000 on the Coinbase exchange.

All the ETFs will be based on bitcoin futures contracts, rather than the spot price, with the SEC known to be concerned about a potential lack of liquidity and the risk of price manipulation on spot exchanges.

It is still possible that the ETFs hit a roadblock, with the SEC having until midnight on Monday to raise objections to ProShares’ vehicle.

As recently as last week Gary Gensler, chair of the SEC, described crypto finance as the “Wild West or the old world of ‘buyer beware’ that existed before securities laws were enacted”, adding that it is “rife with fraud, scams and abuse”.

However, Gensler has hinted that he is more comfortable with trading on regulated futures venues such as the Chicago Mercantile Exchange.

Overnight the SEC’s Office of Investor Education and Advocacy tweeted: “Before investing in a fund that holds bitcoin futures contracts, make sure you carefully weigh the potential risks and benefits.”

The likely approvals come eight years after entrepreneurs and Olympic rowers the Winklevoss twins applied to launch the first bitcoin ETF in the US, at a time when bitcoin was trading nearer $1,000.

A swath of proposed funds has bitten the dust since, with the US having been overtaken by jurisdictions such as Sweden, Switzerland, Jersey, Germany and Canada that have permitted crypto exchange traded products.

Almost 50 crypto ETPs are now up and running worldwide with combined assets of $14bn, according to data from TrackInsight. This includes 16 bitcoin ETPs, including inverse vehicles, which rise in price when bitcoin falls and vice versa.

US investors have had access to private trusts such as the Grayscale Bitcoin Trust, however, which has grown to $37bn in assets since launching in 2013, indicating the appetite for the cryptocurrency in the US.

Weekly net flows into dedicated cryptocurrency funds as a whole hit a four-year high of more than $2.5bn earlier this month, according to data provider EPFR.

While the SEC believes bitcoin futures are more appropriate for retail investors than trading in the underlying spot market, they are unlikely to deliver the same returns.

The bitcoin futures market typically, though not always, trades with a modestly upward sloping curve, known as contango. This means that, more often than not, a fund will incur a loss when it rolls the front-month contract into a longer-dated one.

Matt Hougan, chief investment officer of Bitwise Invest, which has filed to launch a spot bitcoin ETF, estimated the cost of this roll yield at 5 to 10 per cent a year.

Dave Abner, global head of business development of Gemini, a crypto exchange, said that “while bitcoin futures ETFs are said to offer more protections for investors, this approach could unfortunately create another set of returns that don’t equal reality for investors seeking investment exposure to bitcoin”. 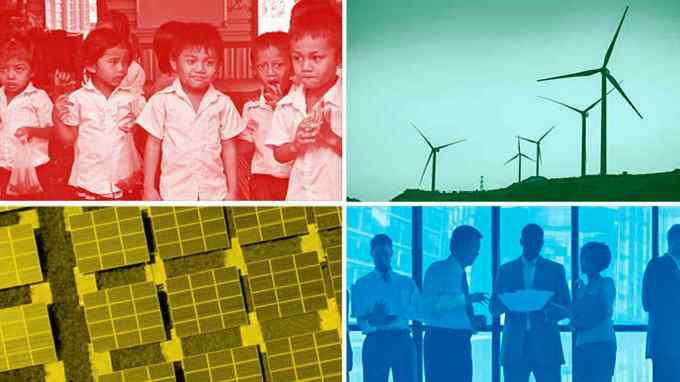