As sugary foods proliferated and obesity ballooned in Chile in recent decades, health campaigners clamoured for a solution. Now the government is implementing one of the most radical junk food fights ever seen, using a model that reformers hope will spread elsewhere.

“If you change food habits you can really reduce heart attacks, cancer, diabetes and high blood pressure,” says Senator Guido Girardi, a doctor and former president of Chile’s Senate, who has been pushing for the new laws for more than a decade. “Chile is an experimental lab for these policies.”

“Our results suggest an overall reduction of sugar consumption after the implementation of the tax in Chile,” says Cristóbal Cuadrado Nahum, professor of public health at the University of Chile and a co-author, adding that other countries should “take heart”. “From a public health perspective, even a small reduction in sugar intake . . . could lead to significant health gains.”

Since the 1990s, as Chile industrialised, sugary and packaged foods flooded in, which Dr Girardi blames for a big rise in obesity, diet-related illness and deaths. Chileans consume more sugary drinks per capita than any other country, according to 2015 research published in The Lancet medical journal.

With industrialisation, sugary and packaged foods flooded in, which were blamed for rising obesity

Taxes on unhealthy foods are proliferating as countries from Mexico and Hungary to Thailand and the UK battle obesity. Some are coupled with incentives, such as Philadelphia’s sweet drinks tax, introduced in the US city in June 2016 with a promise to redirect money to public initiatives including free early childcare centres and community schools.

“There has been a domino effect on the sugary drinks taxes and those dominoes are continuing to fall [as countries follow others],” says Prof Corinna Hawkes, director of the Centre for Food Policy at City, University of London.

Taxes alone will not be enough to curb health problems. Last month Prof Hawkes co-authored a report with dozens of international diet experts calling for a global treaty to regulate unhealthy foods, redirect subsidies away from red meat and corn and increase taxes in a bid to shift consumer behaviour towards healthier, less polluting foods.

“This is an aspirational goal,” says William Dietz, an obesity expert and professor of public health at George Washington University and a co-author of the report. “We are under no illusion that getting there will be easy.”

He cites Chile as an example of how governments can combine taxes with strong regulations to try to change demand, limit the political influence of big food companies and push them to redesign products with fewer unhealthy ingredients.

Taxes often disproportionately affect poorer communities, Prof Dietz notes. Yet obesity-related illnesses are also much more prevalent among the poor, who stand to benefit from those taxes. He calls for such taxes to be combined with subsidies on healthier foods and international regulations to restrict marketing — along the lines of those in Chile.

Meanwhile in Santiago, Chile’s capital, the regulatory fight goes on. Later this year will see a lowering of the threshold where sugar, salt, calories or fat require a black label on packets. Senator Girardi is campaigning for compulsory free water in restaurants and schools, to discourage drinking sugary alternatives, as well as fruit and vegetables subsidies.

The senator says he is already seeing increased interest from other countries in Latin America, including Uruguay and Peru, but also further afield, like Canada. He believes it will be easier to get legal changes in many Latin American countries because “the big food companies’ lobbies are not as strong as in Europe and the US”. Nevertheless he is hopeful that ongoing experiments on his continent will inform policy elsewhere.

“I believe that if other Latin American countries manage to pass these laws [and people see the results], eventually they will become mandatory around the world,” he says. 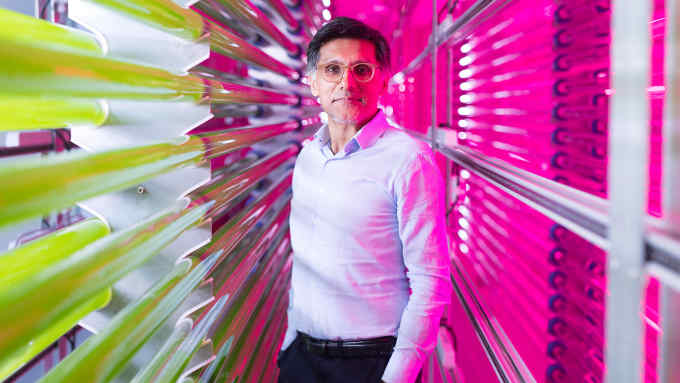