Tastes in charts: how does your nation or region like to eat?

From street food to home cooking — eating habits around the globe

From dining out or grabbing street food, to who cooks most at home or reaches for the takeaway delivery menu, the data gives intriguing tasters of eating habits around the world.

In the US, the average amount households spend weekly on eating out now exceeds their bill for food bought to eat at home.

Eating out often is common in some Asian countries, with a quarter of the population in Hong Kong and Taiwan doing so at least once a day. As the second slide shows, up to half of people in other Asian countries head for the street food stands.

Back in the home, Indians and Ukrainians spend more than 13 hours a week in the kitchen — while the British and Americans take less than half that time.

Finally, in the land of haute cuisine and esteemed home cooking, the French show a continuing disdain for the takeaway. More than 40 per cent never order takeout food, and more than 90 per cent do so less than twice a week.

Get alerts on Food diet when a new story is published 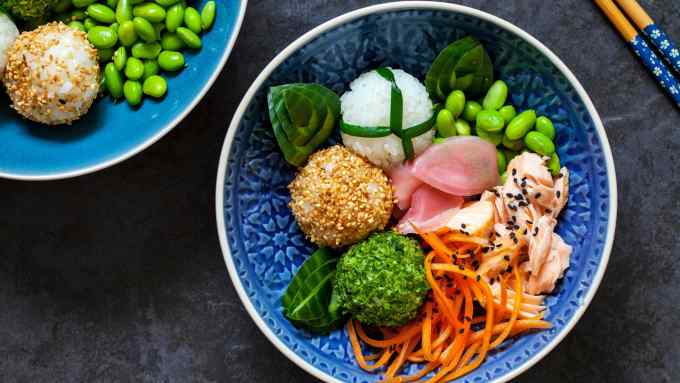