How do art fairs contribute to the climate crisis?

As the realities of a global climate emergency begin to sink in, the well-heeled visitors to this year’s Art Basel fair can expect to see work that reflects the concerns of the world outside — at least to a certain extent. “Studies show that the wealthier you are, the bigger your carbon footprint, so it’s great that we are now seeing this addressed somewhere like Art Basel,” says London dealer Kate MacGarry.

She is participating in a panel on how artists are addressing the issues — titled Let’s Talk About the Weather, on June 13 — while her booth at the fair will have new collages by Goshka Macuga that incorporate found images that the artist says are “representative of the ecological crisis”. At £15,000 each, they include images of industrial waste, drought and flooding.

Elsewhere on the floors of the fair, Germany’s Neugerriemschneider gallery has a booth based around the concept of “the wave”, a nod to Ai Weiwei’s porcelain “Wave” (2005), from a series he began after the devastating Indian Ocean earthquake and tsunami of 2004. Also on their stand will be Olafur Eliasson’s “The glacier mill series” (2007), a work comprised of 36 photographs of tunnels through Iceland’s Vatnajökull glacier that are created by environmental debris and meltwater.

“Great artists are always at least 10 years ahead of our thinking,” says Tim Neuger, co-founder of Neugerriemschneider, citing Eliasson’s longtime exploration of climate-based issues. The artist was responsible for “Ice Watch”, which left 30 blocks of glacial ice to melt in public spaces across London last December, and which will be recalled in a two-metre-high bronze sculpture at his forthcoming Tate Modern exhibition.

Also in Basel’s main fair are two works at Galerie St Etienne by Sue Coe that respond to 21st-century disasters. “Pleas Help Us” (2006, $25,000) centres around the misspelled appeal on the roof of a home in the aftermath of Hurricane Katrina, while “Murder in the Gulf” (2010, $12,000) takes on the Deepwater Horizon oil spill. Human intervention comes to the fore at Lelong where Leonardo Drew’s “Number 216” (2019) is made with pieces of cut lumber that show the process of both natural decay and human detritus. “I think of it as making chaos legible,” Drew says.

“California Flora (National Forest Condensation Wall, North to South)” (2017), an imposing nine-part work by the US artist Sam Falls that represents the state’s wide variety of flora and fauna, will feature in the Unlimited section of the fair for large-scale works, presented by 303 Gallery, Galleria Franco Noero and Galerie Eva Presenhuber. The work, Falls says, pays “silent testament to nature and the hope for its preservation in a changing political and global climate”.

Eco-conscious art is not for everyone. “Artists can be wary of the subject as it’s hard to get right,” MacGarry says. And despite an influx of works that touch on environmental issues, some feel that they are not as forceful as they could be.

“The language of protest and revolution is not obviously commercial, so lots of artists and galleries play it safe,” says the curator Gabriella Sonabend, who in April organised Sisyphus in Retrograde, a pop-up exhibition at Regent’s Place in London of five artists: Sol Bailey-Barker, Evy Jokhova, Adeline De Monseignat, Nissa Nishikawa and Harrison Pearce. They all “really deserve to rise up above the echo chamber nonsense,” she says. “They are ahead of the trend.”

A panel discussion that accompanied Sonabend’s show included a representative from Extinction Rebellion, the activist environmental group whose protests had shut down some central London streets at the time.

Artists can create an instructive connection without being didactic and alarmist

Others feel that there is no need to lay it on too thick when it comes to uncomfortable realities. At the Lithuanian pavilion in Venice, which won this year’s prestigious Golden Lion prize, the artists Lina Lapelytė, Vaiva Grainytė and Rugilė Barzdžiukaitė have created “Sun & Sea (Marina)”, an operatic performance delivered by sunbathers that includes their fears of overconsumption and an impending environmental catastrophe. Organiser of the pavilion is Lucia Pietroiusti, whose day job is curator of general ecology at London’s Serpentine Galleries, a role that she says reflects how the museum tries to “embed ecology as a theme and methodology through everything we do”. She says that “Sun & Sea (Marina)” touched a nerve partly because it centred on everyday concerns. “Artists can create an instructive connection without being didactic and alarmist,” Pietroiusti says.

Either way, there is also the troublesome truth that raising awareness from within is all well and good, but the trappings of the art world, including the countless planes that will fly in and out of Basel next week, are hardly in the interests of a fragile planet. Fair organisers are aware of the issue — another Art Basel talk, on June 12, is on The Carbon Footprint of Contemporary Art — and say they are doing their bit. Art Basel’s food and drink outlets do not use plastic, while the temporary structures of the event, including booth walls and signage, are “reused regularly”, says Marc Spiegler, global director of Art Basel.

Upcycling applies to the art, too — the dome structure on the Messeplatz, created by Andrei Dinu specifically to house Alexandra Pirici’s performance work, has already found its next use following the fair, organisers say.

Suppliers are also working to change the art world’s well-worn, wasteful ways. Andrew Stramentov co-founded Rokbox in 2015 and has overseen the invention of sophisticated, reusable packaging for art in transit. Take-up has come from museums, galleries and, importantly, fine art shippers, who provide single-use crates for works of art and generally dispose of much of it afterwards. “The art world might be resistant to change but there is a growing consensus that people want and need to do so. The system has been grossly inefficient and everyone knows it,” Stramentov says.

Spiegler feels that every changed behaviour counts in the current context. “Art fairs can play a role in putting forward the visceral and emotional side of the issues, but they are not inherently environmentally friendly.” But, he adds, “that doesn’t mean we shouldn’t do what we can to mitigate such issues surrounding our events.”

READ MOREArt in Europe
Collective collecting: Sébastien Peyret on buying artworks as part of a group 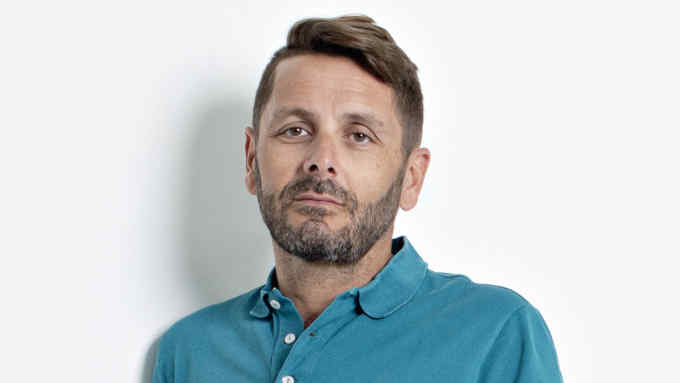