Design Miami’s Aric Chen on the future of materials

Design Miami might not sound like the most obvious place to stage an exhibition confronting the havoc humans wreak on planet Earth. The fair, which originated in Miami in 2005, is now in its 14th edition in Basel and runs parallel to Art Basel, presenting sought-after contemporary and 20th-century design works to a privileged clientele who travel by private jet, have multiple houses and hefty consumption habits.

“No comment,” laughs Aric Chen, when I raise the point. “But seriously, why not raise these ideas in Basel, where we can talk directly to a group of people who have a lot of power and influence?”

Chen, 43, is the new curatorial director of Design Miami, a post introduced this year to give the fair a more clearly defined cultural direction. It is among his duties to oversee its Design at Large exhibition, which for the last few years has occupied the cavernous ground floor space that visitors have to cross to take the escalator to the main action — the gallery booths — on the first floor.

While previous incarnations of Design at Large have favoured scale and spectacle, under Chen’s jurisdiction things will take a more thoughtful turn. His exhibition Elements: Earth (fire, water and air are to come) will present nine installations by international designers that investigate the future of materials, resources and making.

Ambitious as this might sound, it’s relatively small stuff for Chen. Until last August, he was the lead curator for architecture and design at M+, Hong Kong’s new art museum, set to open in 2020. As part of M+’s first minimal in-take in 2012 — “there was a director, me and a couple of others” — he was hired to build a global collection of postwar design from an Asian viewpoint and a standing start.

“You just have to plough ahead,” he says of the enormous task. “A collection has no end, only a beginning, so it was my job to make it happen, to establish a network of people and things. Also to unlearn plenty of things that are taken for granted in the west and to take on board a multiplicity of Asian positions.”

Among his favourite acquisitions is the interior of a sushi bar, designed by the Japanese Shiro Kuramata in 1988, transported in its entirety from Tokyo to Hong Kong. Then there is the archive of loopy/visionary 1960s British architecture group Archigram, famous for “Walking City”, a vast metropolis on mechanical legs.

“The archive was flagged as a British National Treasure,” says Chen. “and there are a lot of legal issues — including two deceased members with interested heirs. It took five years of negotiation to get it to Hong Kong.” When asked why he was so keen to have the archive at M+, he describes Hong Kong as “a visual collage, an incredible network of infrastructures and pop-up sites for fleeting amusements” — or an Archigram city in the flesh. “It resonates with contemporary Chinese architects.”

Chen grew up in Chicago with his Taiwanese mother, and studied architecture and anthropology at Berkeley, and design history at Cooper Hewitt in New York. By 2008 he was co-creative director of a new — shortlived — design fair in Shanghai, having moved to Beijing on what he now describes as “a whim. And to connect more with my own cultural heritage.” After running two successful editions of Beijing Design Week in 2011 and 2012 — taking over one of the few remaining traditional hutong areas of the city and saturating its alleys and courtyards with contemporary design — he found his way to M+.

He now lives in Shanghai, and maintains a role at M+ as a curator at large. His contribution to its opening next year will be an exhibition of work by IM Pei, the Chinese architect famed for the Louvre Pyramid, who died in May at 102. “Believe it or not, this will be the first large-scale museum exhibition of his work,” says Chen.

Why not raise these ideas in Basel, where we can talk to people who have a lot of power and influence?

He is frank about the conditions of working under the watchful eye of a Chinese government: “We’ve always had a free curatorial reign at M+,” he says. “But, as is being widely reported in the media, things in Hong Kong are tightening up, and perhaps will continue to do so.”

Meanwhile Chen elaborates on his presentation of ideas through objects in Basel. They include an exploration of “above-ground” mining carried out by the Italian duo Formafantasma (represented by gallery Giustini Stagetti), who have developed their “Ore Streams” project over three years, looking at ways to recycle electronic waste. The pair convert it into office furniture, creating drawers from old aluminium computer cases and plate details with the copious amounts of gold that gets thrown out with each discarded circuit board. Another is from Shahar Livne (represented by Galerie VIVID), an Israeli designer based in the Netherlands, who creates objects out of materials made from discarded plastics combined with minerals under heat and pressure.

From the New York gallery Friedman Benda, Chen has borrowed exploratory work by the Italian octogenarian Andrea Branzi, models with more intellectual than collectible value that investigate relationships between human behaviour and the built environment.

“There’s no harm in asking people to stop and think, rather than stop and buy,” says gallerist Marc Benda, who will be showing a selection of some of Branzi’s most covetable design works. “These models are not about commercial value. People do come to Basel to educate themselves, too. It’s not all about spending money.” That will be music to Chen’s ears. 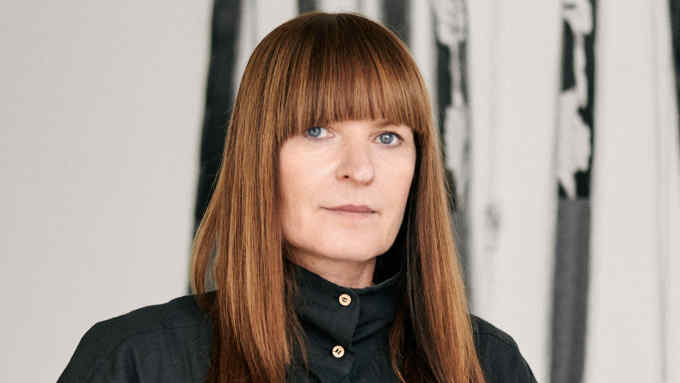