Marceau Rivière is a collector-traveller and scholar of the old school. Over seven decades he has amassed one of the last great inclusive collections of African art in private hands. Comprising around 900 objects, it embraces all typologies — masks, figures of differing sizes, oracles, spoons, pulley weights, musical instruments, stools, jewellery — and several countries, although the lion’s share comes from Ivory Coast. Though still adding to his holdings at the age of 82, the Frenchman has consigned 250 works for sale at Sotheby’s Paris.

This was never intended to be a collection of masterpieces, although there are plenty of them here. Its integrity and its particular charm lie in being a record of a life spent beguiled by the peoples and material culture of Africa. As a boy of eight, Rivière remembers being mesmerised by a show of slides of the Congo presented by a missionary visiting his Normandy village. At the age of 11, he made his first acquisition, a Dan/Guere mask bought from a rag-and-bone man, which he paid for in instalments from his pocket money.

In 1957, he joined the French camel corps in Algeria, which was involved in recording Neolithic sites encountered on patrol in the desert and collecting samples for the national museums in Algiers and Tunis. Later he worked as an engineer for an airline and was based in Chad, home of the Sao civilisation. For more than 20 years he criss-crossed Africa, developing links with village chiefs, researching the indigenous art and customs that he encountered and acquiring material through the continent’s network of European and African traders. He eventually opened a small gallery in Paris in 1981.

It was a period of intense discovery, as successive waves of pieces unfamiliar to western eyes became available. Such opportunities to study a corpus of material before it was dispersed by the great sorting machine of the market proved invaluable for honing the eye of an ever-curious connoisseur. Rivière wrote his first book in 1975, and seven more followed. When in Paris between trips, he also began to buy from the dispersals of legendary African art collections.

The sale is drawn mostly from acquisitions made 40 or 50 years ago, many of which have never been seen on the market. A cross-section of highlights only hints at its flavour. Acquired around 1972, for instance, is one of Rivière’s most celebrated pieces, a rare Baule moon mask from Ivory Coast. Such a mask was used as a prelude to the zoomorphic (animal) and anthropomorphic (human) masks used during feasts of celebrations. Even here, however, the Baule sculptor has endowed his circular emblematic moon with human facial features.

Its rich, dark polished patina attests to its frequent use — an imperative for Rivière and many collectors — and indeed the damage to the delicate openwork band framing the face may account for the mask being discarded and sold by its original owners.

To most western eyes it is the purity of the geometric abstraction that is most appealing, although a profile view reveals the delicacy and subtlety of modelling of the hooded eyes, slightly upturned nose and the whistling mouth. Only three Baule moon masks are known to survive.

Classical masks, still the most desirable pieces, are well represented here. Another widely published and exhibited gem is the Dan mask, also from Ivory Coast, acquired from the collection of Henri and Hélène Kamer in around 1974. The corpus of Dan masks is vast but this sensitively carved example, apparently based on a living model, is of exceptional grace and spirituality (estimated at €700,000-€1m).

No less remarkable for both its elegance and magical intensity is the gu mask of another peoples of Ivory Coast, the Guro. This mask represents a seductive and potentially dangerous foreigner, her clear skin a polished red, her long oval face framed by a row of scarification, and tiny regular teeth visible in her open mouth. This mask represents an ambivalent deity, both benevolent and evil, and potentially dangerous to its wearer (€600,000-€800,000).

Another museum-quality piece is the Baule oracle or divination box collected by the ethnologist Hans Himmelheber in around 1934, along with its counterpart now in the Louvre. Divination was an enthralling activity, with people gathering to watch the diviner read the runes. Mice, the messengers of the earth, would be concealed in the lower compartment of the box and climb up to eat the rice straw in the upper, thereby changing the arrangement of the rods inside. What makes this example so rare is the anthropomorphic figure carved at its side, standing expectantly as if anxious to examine the result of the divination process (€300,000-€400,000).

The statuesque Dan “walking spoon” is pure joy. Conceived long before Walt Disney thought of it, and one of the most beautiful of its type, this spoon-cum-ladle is not functional but ceremonial, an object of prestige awarded to the woman voted “queen of the feast” for her largesse at the table. While the long, hollowed, oval bowl of the head bears no human features, it stands supported by sturdy legs and shapely thighs. Viewed from behind, with its carved hair and spine, it might be a figure (€400,000-€600,000).

The official estimate for the Rivière Collection is around €15m. Estimates start at a few hundred euros for the likes of zoomorphic bronze gold-weights or gold jewellery, but in the current market, fuelled at the top end by collectors from other fields in pursuit of masterpieces, the total is anyone’s guess. 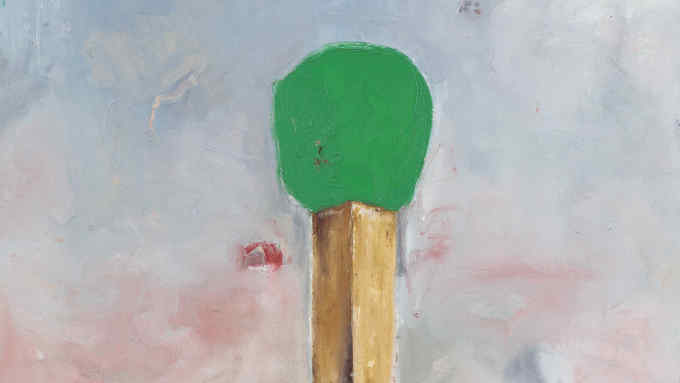