As Brazil’s Lava Jato, or Car Wash, corruption investigation was entering its fifth year in 2018, Isabel Franco, a São Paulo-based lawyer and compliance expert, was preparing for her first holiday since the sweeping probe began. She was packing for a wedding in Sicily, when the phone rang: a client, a road concessions company, was cited in a graft indictment.

“Duty called, and there went my vacation,” says Ms Franco, now a partner at law firm Azevedo Sette. It has been an extraordinarily busy period for compliance consultants in Brazil.

The continuing criminal investigation into bribery at Petrobras, the national oil producer, and its offshoots has embroiled other companies, including construction group Odebrecht, and implicated a large part of the country’s establishment. It also led to jail sentences for senior business people and politicians across Latin America.

With Lava Jato raising the prospect of managers, shareholders and board members being called for questioning, companies have been compelled to rely on consultants’ expertise to tighten practices, develop methods of control and codes of conduct and ethics. “We are like a fire brigade,” says Cynthia Catlett, a senior managing director at FTI Consulting in São Paulo, who leads the consultancy’s forensic investigations and compliance unit in Brazil. “We have never been busier.”

Lava Jato was a tsunami. Brazil really set the standard and is proving to be a very sophisticated market for compliance

“We’d first do a risk assessment to understand what they have and what they don’t have in place, and then we’d propose measures that would steer them in the right direction,” explains Ms Catlett. This would include fraud and corruption risk assessments, checking and monitoring who a business’ third parties and vendors are, and if the company is following its own ethical procedures. She estimates that the first phase of such a programme — usually an internal risk assessment — would start at roughly $25,000 for a Brazilian business.

Ms Franco and Ms Catlett cite former US deputy attorney-general Paul McNulty, who said that “if you think compliance is expensive, try non-compliance”. In the past two years, for example, Petrobras and Odebrecht agreed to pay $853m and $2.6bn in penalties to authorities, respectively.

Compliance procedures, including hotlines for complaints to curb opportunities for illicit payments, have become a feature of Brazilian business. “There is a growing trend for companies to seek and implement effective compliance programmes, which, in the longer term, will contribute towards creating a more transparent business environment,” says Geert Aalbers, senior partner at Control Risks in São Paulo, whose consultancy has experienced a “very substantial increase in demand” for compliance advice.

Moves to underpin improved compliance came in the form of a stronger legal framework, namely Brazil’s Clean Companies Act, in force from 2014, and seen as the local equivalent of the US Foreign Corrupt Practices Act of 1977 and the UK Bribery Act of 2010. Wagner Giovanini, former compliance chief for Latin America for German conglomerate Siemens and now a director of the São Paulo-based consultancy Compliance Total, argues the Brazilian law goes even further, as it requires companies to check on their own suppliers and contractors to avoid being punished for other companies’ sins.

“This was done in the spirit that a company with integrity can only relate with other companies with integrity, and the only way to corroborate is with a true compliance mechanism, not a façade,” he says. This has forced many companies to take compliance more seriously and hire expertise not least because businesses found guilty of graft face potential fines of up to 20 per cent of their previous year’s gross income. 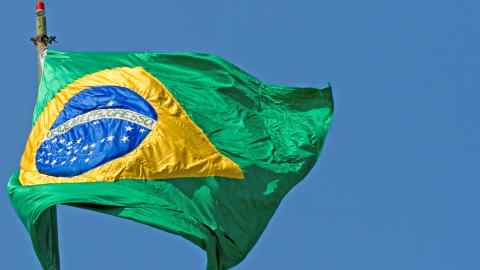 “Lava Jato was a tsunami. Brazil really set the standard and is proving to be a very sophisticated market for compliance,” says Ms Franco. “Nowadays, to be in business with good companies you have to be compliant. It’s not enough to be honest, you have to look honest.”

A 2018 report by non-governmental organisation Transparency International suggests a strengthening trend towards anti-corruption compliance and ethics in Brazil: 110 companies assessed on the strength and transparency of their anti-corruption programmes scored an average 65 out of 100, compared with 55 two years ago.

Adopting compliance is necessary but far from sufficient, argues Sérgio Lazzarini, a professor and expert on crony capitalism at Insper business school in São Paulo. “The problem is that compliance can only be pro forma,” he says. “We still need to see how companies change cultural aspects, like avoid pursuing aggressive revenue goals at any cost.” 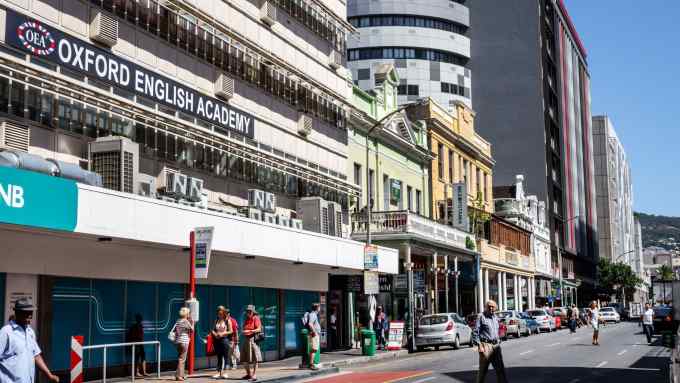