Government use of consultants soars in India

Obtaining an Indian passport was once notoriously complex, with applicants forced to wait several weeks or months and fight through a maze of bureaucracy. In 2008, that began to change when the government handed Tata Consultancy Services a mandate to overhaul the country’s passport system and operate a new network of passport issuance centres.

Today, citizens can be issued a passport within three days after a simple online application and a visit to one of 88 application centres, run by TCS alongside the government. At these centres, private employees collect biometric data and carry out document checks before passing applications to public servants for approval.

To supporters, the passport project is a shining example of the ways in which the private sector can quickly step into roles traditionally filled by the state, while improving decision-making and service quality. Smaller, specialist firms in particular are cited by supporters as providing cost benefits over state-run services.

But critics say the creeping role of big, expensive international consultants in areas that were once off-limits to the private sector offers poor value for money for cash-strapped developing countries. Worse still, they say, relying on private companies erodes state capacity and creates a long-term culture of dependency that can be hard to reverse.

The Indian state cannot do everything it wants without a massive increase in manpower, so turning to the private sector . . . makes sense.

What both sides can agree on is that consultants are doing a roaring business in India. Turnover at consulting firms grew by an average of 10.8 per cent annually in the five years to 2018, according to Euromonitor, with industry revenues totalling Rs4.5tn ($64.8bn) that year. While it is likely that the majority of demand is from the private sector, the government’s appetite for their services is also clearly on the rise.

Under prime minister Narendra Modi, consultants have been enlisted to support a number of the central government’s flagship initiatives, including Clean India, Digital India and the smart cities programme, which aims both to improve living standards and boost economic growth. Meanwhile, state governments have also enlisted private support for their own grand plans. McKinsey, for instance, is helping the southern state of Andhra Pradesh design a new capital city in Amaravati.

While public statistics across India’s central and state governments can be hard to compare, data from Niti Aayog, the revamped central planning commission, illustrates a broader trend, despite being a small fraction of overall public spending on consultants. Budget allocations for “professional services” at the agency increased nearly fivefold from Rs3.86m to Rs18.2m between 2016-17 and the following year, and rose by 30 per cent in 2018-19, according to data from the Ministry of Planning.

The boom has attracted a number of challengers to established management consultancies with public sector practices, including the Big Four, Boston Consulting Group and McKinsey, which now compete with newer specialist entities such as Dalberg, IDinsight and Intellecap.

Some have found a niche in data collection and performance tracking in a large and populous country where policymakers have long struggled to gather reliable statistics.

“Data sufficiency is a major barrier . . . existing government data can be infrequent, as in the case of the national census, or self reported and therefore inaccurate,” says Divya Nair, director at IDinsight, a development consultancy. Her company is working with the government to conduct independent surveys that track socio-economic outcomes from public programmes.

Mrs Nair points to IDinsight’s work on behalf of Niti Aayog in India’s 100 poorest districts, where it provides data analytics for government-run sanitation, nutrition and agriculture initiatives, as an example of a successful partnership between the private sector and the state.

But consultancies have also moved beyond outsourcing service delivery, as in the TCS passport project, to providing strategic advice to governments and designing policy interventions themselves.

Dalberg Advisors, one such organisation, says it works with governments to “design strategies that will maximise their scale, efficiency and impact”. Gaurav Gupta, regional director for Asia at Dalberg and formerly a BCG employee, says he set up Dalberg in India to bring a problem-solving approach that “was once restricted to Fortune 500 companies” to bear on the country’s social challenges.

“Our price points are lower [relative to traditional firms],” Mr Gupta says, adding that its internal incentive structure and explicit focus on social impact allows it to act as a trusted stakeholder to public servants, as opposed to larger, often more commercially-oriented companies. He highlights his company’s success in attracting top talent, saying the chance to work exclusively on social impact projects can be a powerful recruiting tool in a competitive market. 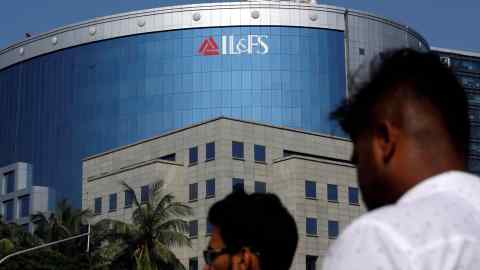 Doubts remain, however, over the long-term impact of the government’s embrace of consultants, particularly for strategically important projects.

“Ultimately, the Indian state simply cannot do everything it wants to do without a massive increase in manpower, so turning to the private sector to implement programmes if they are cheaper and more efficient makes sense,” says one former senior civil servant, who has worked with consulting companies on national programmes.

“But if consulting firms are taking on the sovereign functions of the state, including policymaking and strategic planning, that does raise serious questions about dependency and conflicts of interest,” he adds, cautioning that governments at all levels would do well to retain and strengthen those capabilities in-house. 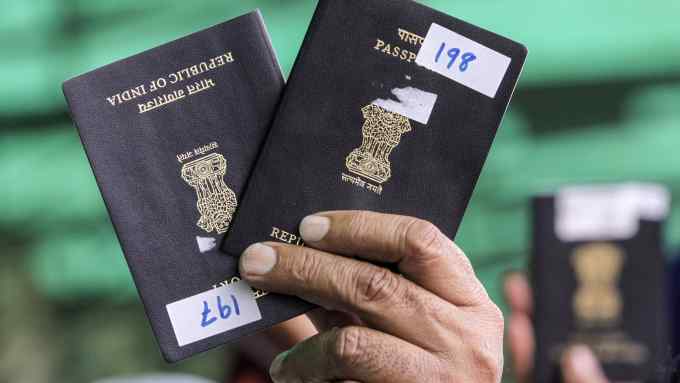