Large-cap US stocks with high ETF ownership have underperformed

US blue-chip companies favoured by exchange traded funds have underperformed the wider market in recent years, raising fears that “crowding” in popular stocks is damaging returns.

Since 2018, the stocks most owned by ETFs have tended to perform worse that those more lightly held by such funds, according to an analysis of the constituents of the S&P 100 index of the biggest listed US groups by Vincent Deluard, global macro strategist at brokerage StoneX.

Moreover, this negative relationship “has been getting stronger in the past three years”, Deluard said, something that is “possibly consistent with the view that a high ETF ownership depresses future returns by pushing up valuations”.

If that thesis is correct, then “the best opportunities to compound wealth should therefore be found outside of popular funds and indices,” he added.

Deluard’s research adds credence to the arguments of some value investors that the rise of ETFs is just the latest example of “the madness of crowds” and that price-insensitive index funds create “passive bubbles” by piling into the same momentum-driven stocks, only for these bubbles to then burst.

The booming global ETF industry has seen its assets almost double to $9tn since the end of 2018, according to figures from consultancy ETFGI, with the bulk of this money both in the US and in equities.

At the same time, there has been a partial shift from broad market capitalisation-weighted ETFs — which pump money into every stock in an index in line with its pre-existing size — to narrowly focused thematic ETFs and those investing on the basis of environmental, social and governance factors.

The assets of thematic ETFs have tripled since the end of 2018 to $382bn, according to ETFGI, while those of ESG ETFs have risen ninefold to $246bn over the same period.

This has fed suggestions that ETFs have evolved from attempting to passively reflect stock markets to actively shaping them, distorting prices of particular companies as an ever larger share of money flows into favoured “ETF darling” stocks.

However, the data from StoneX suggests that the opposite may be happening, with unfavoured stocks seeing stronger gains.

Deluard found that ETFs’ share of ownership ranges from 4.1 per cent to 11.2 per cent for the 100 largest US stocks.

The 10 stocks most lightly owned by ETFs include five that have more than doubled investors’ money over the past three years: Morgan Stanley, T-Mobile US, Deere & Co, Amazon and Tesla, the latter with an outsized 820 per cent total return. Apple, Alphabet and Facebook are in the same grouping.

In contrast, the stocks most favoured by ETFs include a disproportionate number of weak performers, such as Gilead Sciences, Chevron, ExxonMobil, Intel and 3M, alongside a smaller number of strong performers such as chip designers Texas Instruments, Qualcomm and Lam Research.

Deluard played down the importance of his findings to some degree, saying the negative correlation between the level of ETF ownership and performance was statistically “weak” and that relative sector performance “has been the main driver” of returns.

Although there has been high profile coverage of some tech ETFs, the ETF industry as a whole tends to be underweight technology stocks, something he attributes to a meaningful block of stock typically being locked up in founders’ stakes and employee ownership, leaving less for outside investors.

Similarly, despite the rise of ESG ETFs, the industry at large is still overweight oil companies such as Chevron and ExxonMobil, which are favoured by value and dividend ETFs.

Comparable analysis Deluard conducted into the 2012-2018 period found a weaker, though still negative, link between ETF ownership and performance.

Nevertheless, even if his findings can be attributed to a statistical quirk, there is at least no evidence that rising ETF ownership is distorting the market by pushing up the prices of ETF darlings at the expense of unloved and overlooked stocks.

Deluard does not, though, rule out the possibility ETFs might be pushing up prices of small or mid-cap stocks that are less able to absorb strong ETF inflows, such as those in popular fields like gold miners or cyber security companies.

“Passive distortions are likely much greater for small caps whose limited float can be overwhelmed by index funds’ relentless buying,” he said.

Peter Sleep, senior portfolio manager at 7 Investment Management, cautioned that Deluard’s findings could vary somewhat if they were based on free-float market capitalisation, omitting founders’ stakes from the calculation.

On this basis, ETFs would own a higher percentage of technology companies’ shares, reducing the tendency for lightly held shares to have performed better.

Overall, though, Sleep welcomed the findings saying “I think it’s a good thing. You often hear people say that the market is only going up because of ETFs,” an argument the analysis undermines.

Todd Rosenbluth, head of ETF and mutual fund research at CFRA Research, said the findings ran counter to what he would have expected, and possibly signified ETF darling stocks first witness an unsustainable rise, followed by a reversion to the mean.

“There have been two narratives out there,” he said. “One is that too much money is going into ETFs and thus they are driving the car, and stock prices are being dragged along with them. This seems to disprove that,” Rosenbluth said.

“The second is that people will pile out of these [ETF darling] securities and the stocks will fall.” 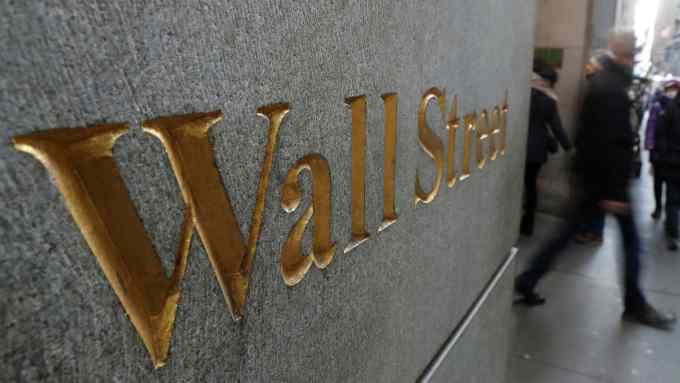