Assets under management in exchange traded funds are eclipsing traditional index-tracking mutual funds for the first time, after the global passive investment industry vaulted past $15tn in assets last year.

ETFs stood at $7.71tn under management at the end of last year — narrowly behind index mutual funds at $7.76tn — according to data compiled for the FT by the Investment Company Institute.

Since then, ETFs are likely to have nosed ahead thanks to powerful inflows this year. Comprehensive global data comes with a lag, but consultancy ETFGI calculates that assets under management in ETFs stood at $8.33tn at the end of March.

The ascent of ETFs past their older cousins reflects the speed at which they have reshaped the investment industry.

“People are increasingly building entire investment strategies using only ETFs. The choices you have vastly outstrip what you have in traditional index funds,” said Todd Rosenbluth, head of ETF and mutual fund research at CFRA.

Traditional passive mutual funds accept investor money or redemptions at the end of each day, whereas ETFs, first invented two decades later in the 1990s, trade like stocks on an exchange, letting investors hop in and out whenever they want.

The pandemic-triggered market upheaval of March 2020 failed to dent their growth, with bond ETFs now also quickly gaining ground among investors who were pleasantly surprised by their resilience in the turmoil.

“We’ve seen record inflows over the past quarter, and largely into ETFs,” said Inigo Fraser-Jenkins, a strategist at Bernstein. “There’s an ongoing desire to reduce fees — and that favours the shift from active to passive funds.”

The shift towards ETFs has been particularly powerful in the US, where they enjoy tax advantages over traditional mutual funds. Sean Collins, chief economist at the ICI, noted that US ETFs held $5.58tn at the end of March, compared with the $5tn in traditional index funds. Actively-managed mutual funds held about $15tn, he said.

Not everyone in the industry has been thrilled by the dramatic rise of ETFs. Some critics worry they lead investors to overtrade, which harms returns and exacerbates the volatility of markets.

Jack Bogle, the founder of Vanguard, introduced the first index mutual fund for ordinary savers, but was infamously hostile to ETFs and disliked when his old company entered the industry after he retired. However, he conceded before he died in 2019 that ETFs had changed “not only the nature of indexing, but also the entire field of investing”.

Others argue that the flexibility of ETFs means securities that would normally be unavailable to ordinary investors — such as complex derivatives — can be easily packaged and sold to everyone without any restrictions.

Leveraged ETFs — which use derivatives to deliver enhanced returns, or the inverse returns of an underlying index — have swelled in popularity over the past year, thanks to the retail trading boom.

Assets in products like this fluctuated between $50bn and $70bn over the past decade, but they had grown to almost $135bn by the end of March, according to Morningstar data.

In numbers of funds, ETFs greatly outstrip their predecessors. At the end of last year, there were 6,725 ETFs globally, and just 3,196 traditional index funds, according to the ICI data.

The publicly reported index fund industry is not the entire passive investing universe. Many big institutional investors, such as sovereign wealth funds, manage index-tracking strategies internally, or give bespoke mandates to the likes of BlackRock or State Street Global Advisors.

BlackRock estimated in 2017 that these non-public indexed strategies amounted to another $6.8tn — split between $5.4tn in tailored mandates and $1.4tn in internal strategies — just in equities. Assuming a similar growth rate to the public index fund universe, that means that there is now likely well over $25tn in benchmark-tracking strategies, index funds and ETFs in total.

“The shift from active to passive investment strategies has profoundly affected the asset management industry in the past couple of decades, and the ongoing nature of the shift suggests that its effects will continue to ripple through the financial system for years to come,” the Federal Reserve noted in a 2019 paper. 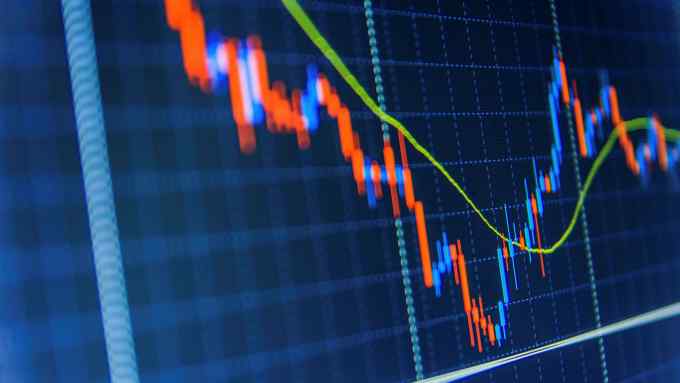