Tailoring to a client’s narrow instructions may not provide the best performance standard
May 11, 2021
Jump to comments section Print this page

There are many ways to be a passive investor, some 3m to be precise. That is the number of indices that have flourished as asset managers flock to launch exchange traded funds, ESG-related and thematic funds.

The proliferation is a long way from benchmarking vanilla global equity markets. The volume looks strange next to equities. It is 60-odd times bigger than the number of listed companies, which stood just shy of 48,000 at the end of last year, according to the World Federation of Exchanges.

Yet fund managers say the trend shows little sign of abating. Investors want more precision and thematic funds allow for an active mandate inside a passive wrapper. They also want to play big themes, be it energy transition or ageing populations, rather than sticking with traditional groups like big cap US companies.

There are some signs of fatigue creeping in. The vast list of indices has been hacked back: there were 3.7m in 2018. That at least partly reflects the problems inherent in chasing a trend. Start too soon and the available universe of investable stocks is too narrow. Too late and you risk missing the biggest growth phase while paying too high a price. There are broader concerns too. An index customised to a client’s narrow instructions may not provide the best performance standard. Potential conflicts of interest can also exist when a fund manager tracks an in-house benchmark.

Data from Morningstar, which monitors fund management industry numbers, illustrates the pitfalls. More than two-thirds of thematic funds outperformed the broad MSCI ACWI index in the year to end March. But go back five years and that drops to below a third. One-fifth of thematic funds did not even survive. Over a decade, just 4 per cent outperformed. As themes go, this one does not inspire much confidence.

Lex recommends the FT’s Due Diligence newsletter, a curated briefing on the world of mergers and acquisitions. Click here to sign up. 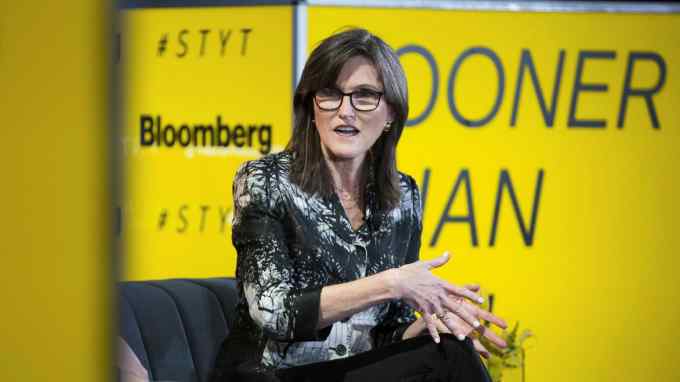