Lead the way with 50% off
Special Report G20: Argentina and the World
See all 10 stories
G20

Sign up to myFT Daily Digest to be the first to know about G20 news.

It is easy to find fault with the G20, especially from the viewpoint of the developing world. Initially hailed as a significant realignment in global governance in which the emerging world would at last be heard, it has often looked more like a talking shop in which the meetings that really matter — to which the summit in Buenos Aires is no exception — are between the G2 of the US and China.

Yet the G20 should not be dismissed lightly, supporters say. It has done much of what it set out to achieve and still offers a voice to developing nations.

It is often seen as a steering committee for the global economy and, in this respect at least, it is glaringly unrepresentative. The developed world is there almost in its entirety, lacking only New Zealand and those European countries not in the EU. In contrast, much of the rest of the world is left out.

This means that not only large populations but also a wide variety of interests are left with no voice.

“The issue with developing countries is that their interests are much more diverse than those of the developed world,” says Matthew Oxenford, a researcher in global economics and finance at Chatham House, the Royal Institute of International Affairs in London. “Those that are left out are always at the mercy of their larger peers.”

To some extent, however, this is beside the point. The G20 was not created as a global steering committee but as a bulwark against global financial instability in the aftermath of the Asian and Russian crises of the late 1990s.

Back then, notes John Kirton, founder of the G20 Research Group at the University of Toronto, the finance ministers and central bank governors of the developed economies saw the need for an “institutionalised forum of systemically significant states”.

“That meant a group of equals, made up of the G8 established powers, plus Australia, and a group of emerging economies that were big enough and well connected enough into the global financial system to be able, individually, to bring that system down through contagion,” Mr Kirton says.

At first, it was the emerging economies that posed a threat to the global system. But a decade later the roles were reversed and the G20 hurriedly graduated from a ministerial to a leaders’ forum on the outbreak of the 2008-09 global financial crisis.

A year later, says Mr Kirton, “it was the emerging economies, led by China, that bailed out the G7”, providing security to a $1.1tn support package unveiled at the G20’s London summit in April 2009, described in the meeting’s communiqué as “a global plan for recovery on an unprecedented scale”.

In addition to financial stability, the G20’s other founding mission was to make globalisation work to the benefit of all. If measured by the numbers of people lifted out of poverty in the developing world since its creation, says Mr Kirton, the G20 has been a substantial if incomplete success. “From 1998 to today there has been a great equalisation among developing countries and in some cases, such as China, a great equalisation within countries,” he says. “But if you look at the G7 countries what you see is rising inequality.”

One criticism often made of the G20 is that it lacks teeth — it has no secretariat and no way to implement its decisions, relying instead on its members to act individually or in co-operation. While this may leave it looking like a talking shop, says Mr Oxenford, its value should not be underestimated. “A lot of things do need to be talked about,” he says.

It could also be argued that the G20 still has a role in securing financial stability. The pile of debt that lay behind the global financial crisis has only become bigger and the European financial crisis continues to simmer, with the latest signs of trouble in Italy.

This year’s emerging markets sell-off, meanwhile, was triggered in part by macroeconomic imbalances in countries such as Turkey and Argentina that have yet to be fully resolved. Other emerging markets, such as Brazil and Mexico, continue to present economic difficulties that have the potential to develop into the kind of systemic threat that led to the G20’s foundation.

Yet it is hard to see such issues being addressed in Buenos Aires. Perhaps because of its own troubles, Argentina has chosen infrastructure, employment and food security as its themes. By doing so it has shied away from discussing what many would say were more urgent and bigger issues — not only financial stability but also climate change.

Mr Kirton expects to award this summit a B- for achievement, based on a view that the wrong subjects are up for discussion and that it risks being overshadowed by the meeting of the G2.

Nevertheless, he argues, the mere fact that the leaders will meet and talk is a positive outcome. There is even the chance that China and India could lead a meaningful discussion on climate change and trade. “The opportunity is there for them to up their game.” 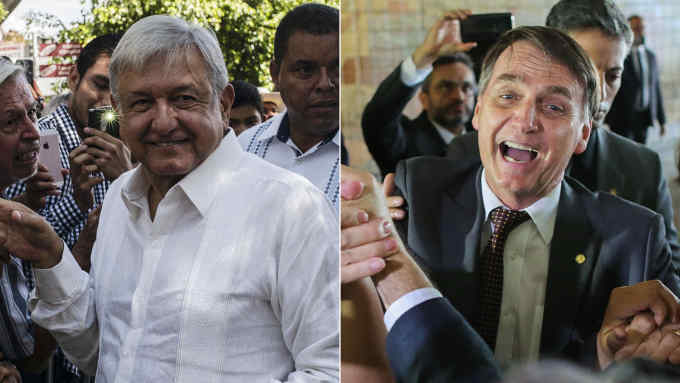