When his daughter was born, Paulo Aguilar, a Chilean entrepreneur, wanted to find a new way of working — one that would allow him to stay at home and see her grow up.

His solution was to log on to Mercado Libre, Latin America’s answer to eBay, to find out what people wanted to buy. Soon he started his own company, Comercial Limax, selling pet accessories from his study, where his daughter could visit whenever she pleased. Five years on, the company is doing well, with a warehouse and a team of eight.

Mr Aguilar is one of many adjusting to a new world of work, in which technology-driven platform companies connect workers and customers directly, employers monitor their workers digitally and the threat of automation looms.

As G20 president, Argentina has made one of its priorities, and items for the summit agenda, the theme of work, to make sure the whole of society can share the benefits that technology brings.

Academics, businesses and experts say the key is to update welfare and labour laws to reflect the new order. Governments need to ensure workers at platform companies do not fall in the gaps between existing regulation, while education and benefit systems must be updated.

Thousands of Latin American workers who have lost jobs have turned to the platform to earn a living as online sellers, Mr Cohen Imach says. This is including Mr Aguilar, whose story is documented on their website.

Governments need to make sure workers have the digital literacy and knowhow to adapt, says Mr Cohen Imach. He adds that workers need to add value, especially as more jobs become automated.

“One big worry that people have is a jobless future,” says Stijn Broecke, senior economist at the OECD’s Future of Work Team. A frequently cited study by Michael Osborne and Carl Frey at the University of Oxford, for example, suggests that half of all jobs today could be done by robots in the next 20 years.

“I don’t think it’s nearly as bad as people say it will be,” says Mr Broecke. The OECD estimates 14 per cent of jobs are at risk of being automated and that this could be far lower in practice. “When we look at OECD countries in general, employment rates have been rising, not falling,” Mr Broecke says, and instead of mass unemployment the difficulties are likely to be concentrated on a few groups of lower-paid workers in the wrong place who lack bargaining power.

Ursula Huws, a professor at Hertfordshire Business School, agrees. “Every new technology creates new jobs, albeit not always in the same places where the old ones disappeared,” she says. Technological change can exacerbate inequality between different parts of a country or transform how work is done.

Platform companies, notably Uber, have already helped popularise the gig economy, where companies use algorithms to match consumers directly to workers, with the business sitting in the middle as a kind of broker.

“Our research suggests that these new practices — such as using apps to summon people to particular tasks, using GPS to track their movements, the use of customer ratings [to assess service], etc — are not only used by online platforms but are spreading rapidly across the labour market,” says Prof Huws.

Activists and unions have warned that these technologies pose a risk for workers’ privacy and that the platforms can be a cover for exploitation. Self-employed workers in the UK are not covered by the minimum wage, for example, says Alan Manning, professor of labour economics at the London School of Economics.

He adds that in recent years companies have pushed some risks — such as not finding enough work or being ill — on to workers.

However, these problems could be resolved as companies compete harder for workers, he says, when the economy recovers.

“One of the things that I’m cautious about is extrapolating some of these trends seen over the past few years into the indefinite future,” Dr Manning says.

But others are concerned that without new regulations, “precarious” forms of work could become entrenched as vulnerable workers drop through the gaps of existing welfare states.

“For some people in demand, the market forces will deliver good working conditions,” says Jan Drahokoupil, an economist at the European Trade Union Institute, the research arm of the EU’s confederation of trade unions.

“In other segments of the labour market”, he adds, “it’s important to have institutions.”

READ MOREG20: Argentina and the World
G20: US and China clash on developing world infrastructure 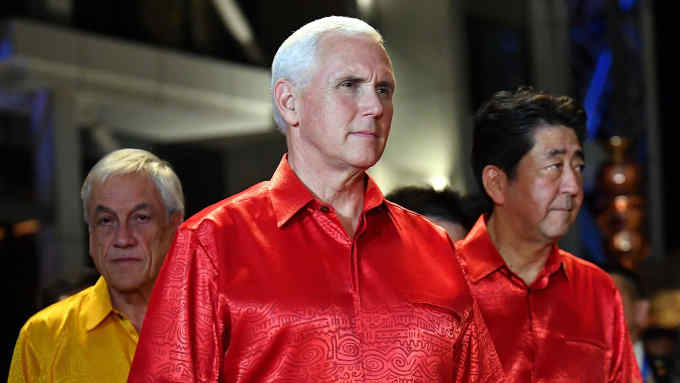