Get the newsletter now
Special Report G20: Argentina and the World
See all 10 stories
G20

G20: US and China clash on developing world infrastructure

When Mike Pence, US vice-president, clashed with Xi Jinping, Chinese president, at this month’s Asia-Pacific Economic Cooperation summit in Papua New Guinea, much of the attention focused on their conflicting positions on tariffs and multilateralism — and what it meant for the chances of a ceasefire in the trade war between the countries.

But the economic confrontation between Washington and Beijing was as much about levies as it was about infrastructure — in particular in developing economies, where both the US and China are trying to increase their clout and influence.

The Trump administration is desperately trying to counter the rise of investments fuelled by China’s high-profile Belt and Road Initiative, disparaging the flood of money that has poured into developing economies in recent years from Beijing.

“We don’t drown our partners in a sea of debt. We don’t coerce, corrupt or compromise your independence,” Mr Pence said at the summit.

Predictably, China responded defiantly, with the foreign ministry criticising Mr Pence’s words, saying “not a single developing country has been mired in debt difficulties” because of China, while co-operation with Beijing had “helped them enhance their capacity for self-driven development and improved their people’s livelihood”.

As the geopolitical and economic rivalry rages on between the US and China, worries are nonetheless growing about rising debt levels in developing economies — complicating the perennial demand for viable infrastructure projects in emerging markets.

In March, staff at the International Monetary Fund issued a sobering report about the financial health of some of the poorest economies in the world. The indebtedness of so-called “low-income developing countries” had been steadily rising for more than four years. This was to the point that about 40 per cent of them had “significant debt-related challenges”, compared with 21 per cent in 2013.

“A lot of countries are doing a bang-up job managing their debt challenges and others are beginning to struggle with that vulnerability,” says Grant Cameron, manager of the development data group at the World Bank in Washington.

Some of the most troublesome spots were in sub-Saharan Africa, with countries such as Chad, the Republic of Congo, Mozambique and Gambia suffering from the worst fiscal problems. The factors driving the rising debt levels depend on the country and region, but usually involve a mix of falling commodity prices, endemic corruption and some degree of economic mismanagement.

The consequences of the rising debt levels, however, are that infrastructure investments — which remain an essential component of effective development for many impoverished countries — are becoming increasingly fraught endeavours from a financial point of view, and subject to much more scrutiny than in the past. It is not just the volume of new debt that is being amassed in developing economies that is causing concern at institutions such as the IMF, but its composition as well.

In recent years, the profile of creditors to poor countries has been shifting dramatically, from traditional OECD western nations and institutions, to other sources including China, through the Belt and Road Initiative, to India, and also the Gulf states.

At the same time, private sources of funding for all types of large investments — including in infrastructure — are outstripping public sources. “We are seeing massive inflows associated with private creditors . . . the holders of these bonds are you and me, through our pension plans or tax saving vehicles,” Mr Cameron says.

For many governments in emerging economies, this diversification is a welcome development. However, it also carries some risk, starting with the fact that there is less transparency about the debt that is incurred through these non-traditional creditors, which would make it much harder to handle a potential crisis in the country that might require some form of restructuring. The issue has rapidly risen to the top of the agenda at the IMF and other organisations, as it is beginning to pose a greater risk to the global financial system.

“Greater debt transparency enables borrowers and lenders to effectively evaluate the sustainability of public debt and monitor emerging risks,” said the World Bank and the IMF in a joint statement in June.

World Bank and IMF officials will be keen to stress that the value of infrastructure in fuelling development is not in itself in question.

“You wouldn’t find anyone who wouldn’t support physical capital as a foundational piece for economic growth — it’s a key aspect and absolutely needs to be financed,” says Mr Cameron. But the implications for the global financial system — and the geopolitical stakes in play — of every new bridge, port, tunnel, or railway in the developing world appear to be growing by the day. 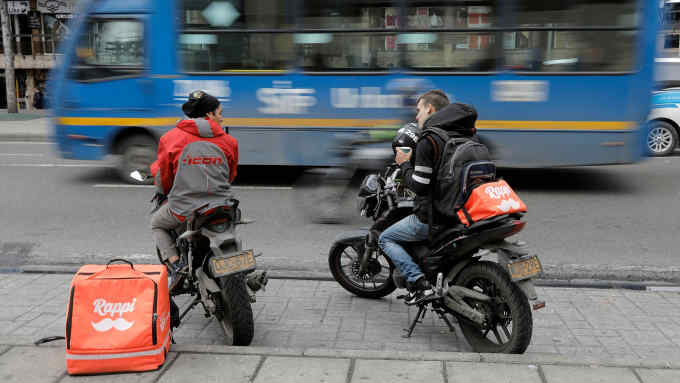