In the 1980s, both Argentina and Brazil suffered hyperinflationary crises that destroyed their economies. But the paths followed by the giants of South America since then have been quite different.

Brazilian capital markets grew consistently in the ensuing years of relative economic stability. Brazil’s market capitalisation is now at about 46.5 per cent of gross domestic product. By contrast, Argentina’s capital markets lag far behind, not least because of another, more destructive, financial crisis in 2001.

Since the arrival of President Mauricio Macri in December 2015, Argentina’s market capitalisation has grown from 9 to 17 per cent of GDP. At a recent Financial Times-hosted round table in Buenos Aires, Alejandro Berney, chief executive of the local stock exchange, BYMA, said the market could “easily” quadruple in size — and even then it would still be smaller than its counterparts in other countries in the region, such as Chile.

It is a crucial issue, not least since Argentina aspires to a global leadership role, and plays host to the G20 presidential summit meeting in Buenos Aires from Friday. The meeting will be overshadowed by a currency crisis this year that might have been avoided had Argentina possessed a larger and more liquid domestic financial system — like Brazil’s, for example, which relies far less on skittish foreign investors.

At the heart of the problem of developing Argentina’s capital markets is the macroeconomic instability that has haunted the country for more than half a century, argued Nicolás Dujovne, treasury and finance minister. But if an IMF-backed austerity plan succeeds in extinguishing persistent inflation, it could help to phase out the deeply rooted culture in Argentina of saving in US dollars.

Mr Dujovne told the round table stability was being recovered “without resorting to those old tricks that end up harming capital markets, as we have done so many times before” — namely through “financial repression” in the form of capital controls and negative real interest rates.

Positive real interest rates have made a decisive contribution to the government’s early efforts to improve the liquidity of Argentine peso-denominated debt. But other plans, such as fiscal incentives to boost long-term saving, have not yet prospered. Despite wanting to address the problem, Mr Dujovne conceded that the government, in the thick of its austerity drive, simply “doesn’t have the funds”.

The nationalisation of Argentina’s pension funds in 2008 by the previous administration, which greatly reduced liquidity, is another barrier. This did “great harm which it will take a while to recover from”, said Julio Figueroa, who runs Citigroup’s Argentina office.

Although last year saw life return to Argentina’s moribund mortgage market — a key element to the deepening of local capital markets — the resurgence of inflation this year has put its growth on hold. “In the medium term, the key to success is the securitisation of mortgages,” said Patricio Supervielle, chairman of Grupo Supervielle, which owns Argentina’s fifth-largest private bank. This will require regulatory changes, he added.

The local stock market’s lack of depth and liquidity means that many Argentine companies are forced to seek financing abroad. “We are competing with the capital markets in New York,” said Mr Berney. He admitted that although trading on BYMA had doubled in the past year, and advances had been made in cutting red tape and improving the exchange’s competitiveness, there was “still much to do”.

Illiquidity also poses a conundrum for foreign investors. They remain wary of Argentina after piling into the country’s debt and fuelling a two-year market rally since Mr Macri took power. Many “lost money too recently” to be willing to jump back into Argentina, with portfolios down 50 to 60 per cent over the past year, argued Sebastian Loketek, head of Bank of America Merrill Lynch in Argentina.

“There doesn’t seem to be any logic to the yields of Argentine securities,” said Gabriel Martino, who runs HSBC’s operations in Argentina, adding that local asset prices had been “punished too much”. Despite the country going through a very difficult situation, “if we compare Argentina with other similar countries, [investors] seem to be seeing more risk than the macroeconomic fundamentals imply.”

Facundo Gómez Minujín, who leads JPMorgan’s Buenos Aires office, argued that although bond prices should start to improve in the coming months, doubts about Argentina would keep a ceiling on them. This would be the case until there was more clarity over the outcome of the presidential elections in October 2019, which could see the end of Mr Macri’s market-friendly economic programme. “Continuity is fundamental,” said Mr Gómez Minujín.

Such fears would not exist if there was greater agreement across the political spectrum over the need for Argentina to live within its means. As well as the importance of fiscal equilibrium, this needed to be achieved with lower overall levels of taxes and spending, said Fabian Kon, chief executive of Banco Galicia, Argentina’s largest private bank. “This is a very important consensus that Argentina has to reach . . . it must go beyond just the governing party,” he added.

For Mr Dujovne, the doubts gripping investors were reasonable given the starkly “binary” political options they were faced with — a populist or market-friendly government — but he insisted the doubts would gradually dissipate next year. Presidential elections beyond those of next October, therefore, would be “much less dramatic” because the fruits of Mr Macri’s reforms would be more visible for society at large.

“No one is going to want to return to the past,” Mr Dujovne concluded. 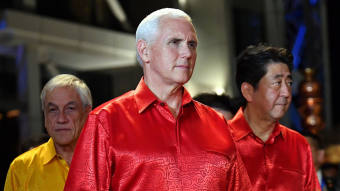