Halima Haji may be 80 years old and walking with a cane, but she continues to herd camels every day, just as her family of Somali origin living in northern Kenya has done for generations. There is one thing, she says, that gives her the strength to keep going behind her herd of 70 dromedaries — their milk.

“The whole animal is medicine walking,” she says, flexing her muscles in a display of vigour. “The milk is medicine. It gives me strength and helps my bones because camel milk has the highest content of calcium.”

Zamzam Haji, her 45-year-old daughter, took her teachings to heart and decided to turn them into a business.

Three years ago, she and her husband, Jamal Warsame, founded White Gold, one of the few companies in Africa pasteurising and bottling camel milk, which naturally has a fat content that is roughly equivalent to that of semi-skimmed cows’ milk. They sell between 10,000 and 15,000 litres a month, including flavoured varieties — chocolate, vanilla, strawberry — and are looking into making ice cream.

“Camel milk is the elixir of life for many people,” Zamzam Haji says. Stick in hand, she walks behind her family’s camel herd in Laikipia County, in central west Kenya.

One thing is hygiene, which is one big issue within the camel value chain and handling

Camels were introduced to the wildlife-rich area around the 1980s, after being brought from the northern drylands. White Gold sources milk from some 30 associated herders — mainly women — within a 50km radius of its processing facility in Nanyuki.

Having lived in the US for several years, the couple are now trying to export Kenyan camel milk to the US and Europe, but Kenya still lacks the appropriate regulation and food standards to enable such trade.

“There’s no policy framework for camel milk in Kenya, we need to raise awareness of the need for that,” says Mr Warsame.

The more common pastoralist approach to herding, where nomads go from one patch of land to another finding thorny trees and bushes for their camels to graze, creates a barrier to commercial exporting.

“One thing is hygiene, which is one big issue within the camel value chain and handling,” says Khalif Abey, national co-ordinator of the Kenya Camel Association.

So for now, White Gold is supplying a burgeoning local market — including lovers of “camelccino” coffees in the capital, Nairobi, and a handful of exports to Rwanda, Uganda and Tanzania.

Africa hosts more than 80 per cent of the world’s camel population, with 60 per cent mainly in Sudan, Somalia, Ethiopia and Kenya. In sub-Saharan Africa, camels contribute some 5 per cent of total milk production, according to the UN Food and Agriculture Organization (FAO). It is generally produced “under low-input, low-output systems”, according to the FAO, hence five litres a day is considered a decent yield.

“This is free-range milking with someone standing with a bucket on their knees,” says David Hewett, an agricultural economist who manages Mpala Ranch in Laikipia, a research centre home to 110 camels supplying milk to White Gold.

Camel milk’s lower levels of lactose when compared with cow’s milk make it better suited to those with intolerances and, according to preliminary scientific research, it could also help with diabetes, autism and other medical conditions, explains Pauline Gitonga, a veterinary consultant with the FAO in Kenya. “As researchers we are still assessing the medical value of camel milk,” she adds.

What is known is that it is three times as rich in vitamin C as cow’s milk and high in B vitamins, iron and unsaturated fatty acids.

“Such features account for the milk’s appeal not only to young camels and their nomad owners but to an estimated 200m potential customers in the Arab world — and millions more in Africa, Europe and the Americas,” the FAO has previously said.

“With camel milk being so nutritious, I am sure it will become the world’s next superfood,” says Mr Warsame. It may also be an option for consumers looking to move away from products derived from cattle ranching, in response to concerns about deforestation and climate change.

Camels are also prized because they can resist the harsh and sometimes prolonged droughts across the Horn of Africa. “Camels can go without water for two weeks, unlike cows that will need water every two or three days,” says Chris Field, a Kenya-based biologist and camel farmer.

One of the challenges for mass production of camel milk is in the supply chain: most of the herders involved are nomads in search of pastures, especially so in northern Kenya, which makes it difficult to plan ahead. 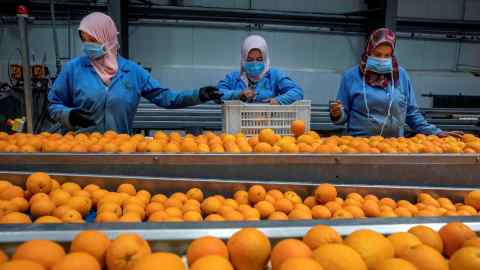 “Herders are absolutely loyal to climatic conditions and availability of pasture. There’s no negotiation about where they will be [and when]. It’s just whether you can be around them to collect their milk,” says Hassan Bashir, an insurance entrepreneur who is starting his own $1m camel milk processing plant in Wajir, northern Kenya, called Nourishing Nomads.

His goal is to milk 30,000 litres per day by 2026, but in order to secure a minimum output of 3,000 litres at the start of the venture, he is keeping a herd of some 400 camels in the communal lands near the factory.

Back in Laikipia, the Haji family are now joined on the dirt road by Habiba Mowulid, an Ethiopian-Somali newcomer to the business, who owns seven camels. She became a herder only two years ago in order to support her four children — with money and with milk. “This is the milk of the future,” she says. “You can’t compare cow milk to camel milk at all.” 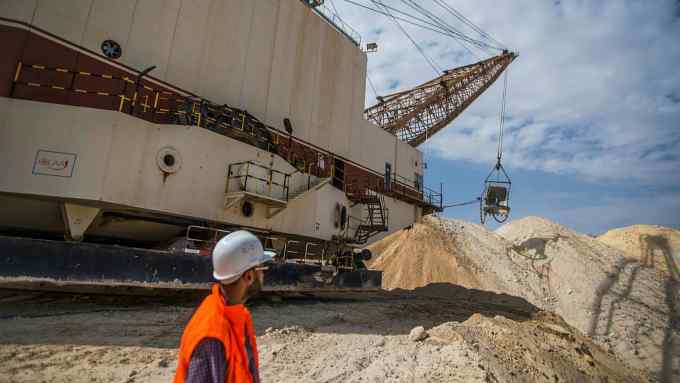