During his farewell lunch with Brazilian agricultural tycoons in Brasília in August, Christopher Okeke, Nigeria’s ambassador to the country and himself a farming businessman, raised a glass of cachaça to Brazil’s farmers.

“Brazil was a net importer of food as recently as the late 1960s and is now one of the largest agricultural exporters in the world. That should not go unnoticed by Nigeria, which has many of the conditions that Brazil faced then,” he said, bidding goodbye to the country that had hosted him for two years.

Now back in Nigeria as one of its largest agricultural investors, he is trying to emulate the experience of Brazil’s cerrado savannah. Mr Okeke owns Nigerian Starch Mills in Anambra State, the country’s first large scale starch mill, and Quarra Rice in Kwara State, one of the country’s largest rice mills.

The traditional agricultural methods that dominated Brazil since the Portuguese conquest in the 1500s have been transformed in recent decades. For example, bringing soyabeans from Asia and crossbreeding genes to suit the tropics have helped make the country one the of world’s great breadbaskets. Today, the cerrado, an area roughly the size of Sudan, provides about 60 per cent of Brazil’s agricultural output of soya, corn and other crops.

“Brazil shares flora with Nigeria and, as a result, many of the physical things you see in Brazil are also possible or available here,” says Mr Okeke. He notes that, at the time Nigeria gained independence from the UK in 1960, the country was a top exporter of peanuts and palm oil — until the focus turned to crude during an oil boom. 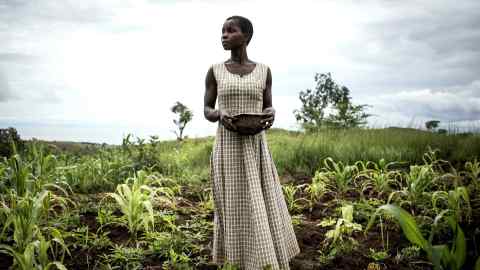 As an independent Nigeria started to earn money from oil exports, adds Mr Okeke, “the ability to import wheat, rice and other foods created an environment where the basic data around agricultural inputs and productivity were obscured and received inadequate investment and attention.”

A renewed focus on agriculture as the centrepiece of president Muhammadu Buhari’s economic diversification drive has contributed to a rise in domestic food production. Rice production for example rose from 3.7m metric tonnes in 2017 to 4m metric tonnes in 2018. Yet although Nigeria is Africa’s largest producer of rice and among the top 15 producers globally, according to a 2019 report by the US Department of Agriculture, output continues to fall short of domestic demand. The country still depends heavily on rice imports of more than 3m tonnes annually — equivalent to some $480m in scarce foreign exchange, according to a March report by the International Institute of Tropical Agriculture in Nigeria. Yet it uses only half its 71m hectares of available farmland, according to the UN’s Food and Agriculture Organization.

Drawing parallels with Brazil as “once a bankrupt nation which imported 70 per cent of its food”, but which is now the world’s “second or third-largest producer of food in the world”, Mr Okeke says Nigeria could very easily be the fourth largest.

Based on the Brazilian experience, Mr Okeke has been working with agricultural experts and investors from Brazil to turn the Nigerian strip of the vast Guinea savannah into a fertile farmland powerhouse through seed adaptation.

“In the specific case of Nigeria, [it] is possible to repeat there what was already done in Brazil in terms of the advances towards the development of an organised and sustainable tropical agriculture,” says Alysson Paolinelli, a former Brazilian agriculture minister who helped transform the cerrado into productive cropland. He is advising Mr Okeke and says the west African country “has the area and conditions necessary” — climate, soil, rainfall and topography — to boost food production.

One of the challenges is finding private financing for agricultural projects in Nigeria. “We couldn’t find a bank to get financing, that was a big obstacle,” says a Brazilian agricultural businessman looking to invest in Nigeria.

The industry’s financing relies heavily on government subsidies and low-cost loans, particularly from the central bank, but this is not unique, says Omoniyi Omojola, a Lagos-based investment banker, who has been involved in structuring and fundraising for several agricultural projects. “If you look at Brazil, the US, Australia or other countries, sovereign subsidies and support are significant.”

For him, there is a “massive” potential for agricultural investment if a framework is put in place to attract local equity. “A simple win would be for the government to provide risk guarantees for investor equity, which would allow investors to seek additional private bank, pension or other leverage, and would expand investor appetite,” he adds.

The biggest challenge may be demographics. Unlike in today’s Brazil, the traditional, manual approach of smallholder farmers has kept yields below full capacity. Nigeria has somewhere between 15m and 30m smallholders producing an estimated 95 per cent of the country’s farm output. With the population of Nigeria — a country the size of the Brazilian farming state of Mato Grosso, which has only 3.5m people — expected to double to some 400m people by 2050, land tenure will add pressures. “When Brazil made the evolution from importer to producer, the Brazilian cerrado was uninhabited, there was no one. Nigeria’s big challenge is not to export, but [to focus on] its domestic market,” says Igor Corrêa Pinto, a Brazilian agricultural businessman with interests in Nigeria.

This point is clear to Mr Okeke, who has been travelling to Brazil to peruse cassava and other crops since the 1990s. “There is an ecosystem that must exist if we are to succeed in using agriculture as a platform for ensuring food security. We have a growing population, and way before exports are considered, feeding them stably and securely has to be a priority,” he says. 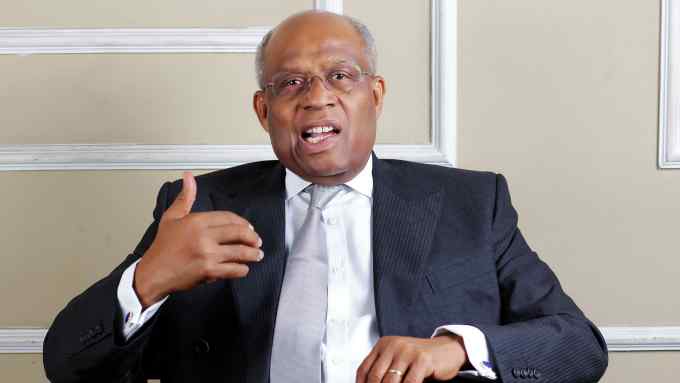