Ranking highlights disrupters and others expanding rapidly at the top line

Europe’s growth companies have big challenges ahead, from the potential disruption of Brexit to the end of the era of easy money. But this annual FT 1000 ranking — now in its third year — suggests that there are still many routes to increasing revenues at a rapid pace.

The FT 1000, compiled with Statista, lists the European companies that achieved the highest compound annual growth rate in revenue between 2014 and 2017. The hurdle to securing a place was a little higher this year: the bottom-ranked company achieved a growth rate of 37.7 per cent, compared with 34.6 per cent last year.

To read case studies and analysis from this year’s FT 1000 Europe, click here.

Food delivery start-up Deliveroo has been edged off the top spot by fellow UK company Blue Motor Finance, which provides point-of-sale car finance. Meal-kit delivery service HelloFresh, which topped the 2017 ranking, is one of 91 companies that have demonstrated consistent turnover growth by making the list for three years running.

The FT 1000 continues to be dominated by the technology sector, which accounts for 149 of the businesses, and that is without counting the fintech and ecommerce categories. Again, Germany has the lion’s share of company headquarters at 230, while London remains the top city, with 63 businesses based there — down from last year’s 74.

Scroll below the interactive table for a full methodology.

* Companies marked with an asterisk had less than 12 months of revenue in the 2014 financial year, but it still passed €100,000 revenue.

** Companies marked with a double asterisk have been acquired since the ending of the relevant timeframe.

The FT 1000: Europe’s Fastest Growing Companies is a list of the top 1000 companies in Europe that have achieved the highest percentage growth in revenues between 2014 and 2017.

The project was advertised online and in print, allowing all eligible companies to register via the websites created by Statista and the Financial Times. In addition, through research in company databases and other public sources Statista has identified tens of thousands of companies in Europe as potential candidates for the FT 1000 ranking. These companies were invited to participate in the competition by post, email and telephone.

The application phase ran from September 1 2018 to December 31 2018. The submitted revenue figures had to be certified by the CFO, CEO or a member of the executive committee of the company.

All data reported by the companies was processed and checked by Statista. Missing data entries (employee numbers, address data, etc.) were researched in detail. Companies that did not fulfill the criteria for inclusion in the ranking were deleted.

The minimum average growth rate required to be included in the ranking this year was 37.7 per cent. 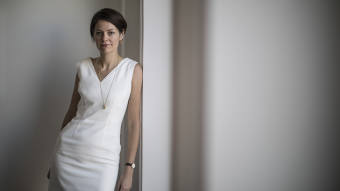 Now in its fourth year, this ranking of businesses by turnover growth includes disrupters riding high on the latest technological innovation, as well as the web-savvy retailers being lifted by consumer trends