Labour’s manifesto adds up to a recipe for decline

The Labour party manifesto is nothing more than a blueprint for socialism in one country. The combination of punitive tax increases, sweeping nationalisation, and the end of Thatcher-era union reforms turns the clock back 40 years. Set alongside a vast expansion of the state — based on spending amounting to six per cent of national income — Labour’s plans are a recipe for terminal economic decline.

Whereas previous Labour leaders, from Tony Blair to Gordon Brown and Ed Miliband, accepted the market economy, the hard-left clique around Jeremy Corbyn have elected to replace it with their own statist model. This owes more to François Mitterrand’s socialist programme in 1981 than to a realistic prescription for reforming a modern economy, still less preserving the UK’s treasured status as a beacon for foreign investment.

The tragedy of Mr Corbyn’s Labour party, like so many populist movements, is that it does identify areas that genuinely need fixing. Nearly a decade after the Conservatives returned to power, real wages have still not returned to their pre-crisis peak. Homelessness has risen. Basic public services such as the criminal justice system, social care and local government are dire. Privatised water and rail companies are not delivering for users. Large parts of the population feel excluded from the bright spots of prosperity, mainly in the south-east.

Yet virtually all of Labour’s prescriptions to tackle these challenges are misguided. Mr Corbyn’s original sin is to cast private enterprise as a necessary evil to be managed rather than being part of the solution to the problems his party has identified. The assault on business is an attack on wealth creation.

First, Labour is proposing a staggering increase in taxes — close to £83bn a year by 2023-24, with the bulk coming from higher levies on business investment, much of it being squeezed out of the private sector in year one.

Second, the nationalisation programme goes far beyond anything contemplated in a generation. True, private monopolies in rail and water have fallen short in performance. There is a case for re-regulation or indeed re-examining ownership; but to extend nationalisation to the energy utilities, broadband and Royal Mail is an unwarranted interference which will shatter confidence and deter investment.

Third, the party proposes collective sectoral bargaining over pay and conditions, claiming this “will increase wages and reduce inequality”. It would instead stifle innovation and lock workers out of employment. Similarly, plans for rent control would advantage “insiders” who already rent and push “outsiders” into an unregulated black market.

In some areas, the manifesto is less radical than expected. It has dropped the fantasy target of hitting net zero carbon emissions by 2030, which would require a hugely expensive and near-impossible transformation of the economy. Also gone are proposals to bring private schools into the state sector, and a mooted idea to give private tenants a right to buy their home from their landlord. On security and defence it commits to renewing Trident, remaining part of Nato and keeping to the alliance’s target for military spending of 2 per cent of national income.

The British economy is not broken. It has proven remarkably resilient in the face of Brexit uncertainty. Labour’s plans would exponentially increase the risks to the economy. A responsible centre-left programme to restore fairness and opportunity, to rebuild public services, and preserve private sector incentives, was there for the taking. Mr Corbyn has missed an open goal.

Video: A brief guide to the UK general election 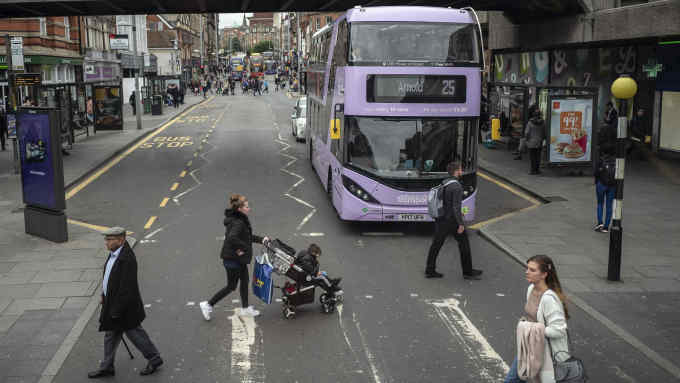