The actor opens up about his relationship with the director, their new collaboration — and how a heart attack changed him

It’s no exaggeration to say that Antonio Banderas has spent 37 years preparing for his latest role. In Pain and Glory the Spanish actor plays Salvador Mallo, a thinly veiled facsimile of his close friend and longtime collaborator, director Pedro Almodóvar, with whom he first worked on 1982’s Labyrinth of Passion. It’s a remarkably honest and at times unflattering self-portrait by Almodóvar, led by arguably the best performance of Banderas’s career, winning him a shower of critical praise and the Best Actor award in Cannes in May.

But in some ways Banderas’s preparation went deeper still — albeit un­wittingly. The saturnine character of Salva is determined to a large degree by the litany of ailments from which he suffers (many of them shared by Almodóvar), and Banderas, though in enviable shape for a man of 59, is himself now no stranger to health scares, having suffered a heart attack in 2017.

When we meet in a central London hotel he is candid about its impact but his often excitable, rapid-fire speech softens and slows to a gentle purr: “There was something that has stayed after the heart attack that I didn’t have before,” he says. “And we actors, we are animals, and so we use everything. Some of the heart is there in that film.”

That “something” was clearly apparent to Almodóvar, who sought out Banderas for the role even though their most recent major collaboration, 2011’s The Skin I Live In, had been a bumpy one. At that time the actor had come over from Hollywood, flush from box office successes such as Desperado and The Mask of Zorro and eager to show off the tricks he had picked up since their previous film together (Tie Me Up! Tie Me Down!) 22 years earlier.

“Let me show you the things I have learnt,” he told Almodóvar. “This is how I modulate my voice now. This is how I am way more relaxed in front of a camera.” But the director was less than impressed. “He said to me: ‘I cannot use this. Where are you?’ I told him: ‘This is my new me!’ So we did the shoot and there was a constant tension.”

The film was a success but still the call to make Pain and Glory came as a surprise. “I never thought, especially after that, that he was going to call me to play him — but it happened. He said to me: ‘There is something different in you since you had that cardiac episode, and I don’t want you to hide it. Because I know you, Antonio, and your normal tendency is going to be to show people that you are fine, that you are very athletic and ‘I’m back!’ Don’t hide it.’ ”

But Banderas knew that this time he would have to leave his ego at the door. “I said: ‘Listen, I am just going to go to zero. I’ll imagine that I never did a movie, I never worked with you.’ ”

Playing your director, especially mimicking his mannerisms, warts and all, may sound like a risky business. But Almodóvar has been the first to praise Banderas’s performance, calling it “his rebirth as an actor and the start of a new era . . . The character is the opposite to the bravura of the characters he has played to date. Profound, subtle, with a very varied gallery of minute gestures, he has pulled off a very difficult character.”

The film was difficult, too, for Almodóvar, who, through Salva, was attempting to confront and resolve painful issues — in particular the relationship with his late mother. “I knew that for Pedro it was almost like a therapy,” says Banderas. “I could see him getting more and more relieved as the movie was going on because he was saying the things that for many years he didn’t say. I’ve known him for almost 40 years, but our relationship has been limited because Pedro is a very private person. So when I received this script, it surprised me. There were things there that I didn’t know about my friend.”

Pain and Glory is above all a film about re-engaging with the past and, as Banderas puts, it, “reconciliation, asking for forgiveness, second chances”. There is also an element of nostalgia as Salva (with the help of heroin) conjures up vivid memories from his childhood that are tinged with longing even though they are filled with poverty and the all-powerful presence of the church during the oppressive Franco years.

At a time when rightwing populists in Spain (and elsewhere) are invoking the idea of a return to the glorious past, does Banderas perhaps see nostalgia as a good thing or, like heroin, a dangerous habit?

“It’s both,” he says. “There is a certain amount of xenophobia that is a natural fear of the unknown. What is going to happen to us? There is a little bit of fear of the loss of identity. You feel secure in your tribe, but if you think that your tribe is not there any more, then it starts being blurry. Who are we? Are we who we were? So all of those questions come to a nation as they come to a person.”

Banderas himself has been going through a period of reflection and letting go of the past. The “new era” that Almodóvar refers to did not dawn overnight; it is the culmination of several years of life changes.

In 2014 he split from his wife of 18 years, Melanie Griffith, with whom he has a daughter, and in 2015 he moved away from Hollywood.

Born in Malaga, and having forged his career in Madrid and Los Angeles, the Spanish superstar has made an unlikely home in the London commuter belt village of Cobham in Surrey with his Dutch girlfriend.

He says that Hollywood had left him “tired” and “angry”, frustrated by the lack of options in a business that often typecast him as the smooth Latin lover.

“I have been upset as a professional, maybe because I was working in a place where I was handicapped and I didn’t have access to all of the characters because of my accent, because of my Latino condition . . . My way to revenge was to say: ‘OK, I will do anything and I’m going to make a lot of money.’ And when [the heart attack] happened, I thought: what am I doing? I have to really do the things that I love, the things that mean something to me as an actor. Picasso came like that.”

Banderas is referring to Genius, a National Geographic series in which he starred last year as the artist (and his fellow malagueño). I suggest that if there is one thing that seems to connect the characters of Salva and Picasso it is their stubbornness and the unshake­ability of their artistic vision.

Banderas agrees. “He has a lot of Picasso, Pedro. But I don’t think that Pedro has left behind so much collateral damage. Picasso left a lot and was probably not conscious of it, but he was un­believably sincere. We are not sincere. We all try to make ourselves up and sometimes for good reasons. You don’t want to damage other people, so you swallow things. Picasso wasn’t like that . . . He was: I love you, I love you, I don’t love you, out of my life, moving on. It’s like a bulldozer.”

When [the heart attack] happened, I thought: What am I doing? I have to do the things that I love

If there is one disappointment in Pain and Glory, it is that although this is Banderas’s first starring role alongside Penélope Cruz, they have no scenes together. Instead, she plays his mother in flashbacks. Will we ever see them on screen together?

“We both are saying: ‘Pedro, you have to write something for us.’ And he always says: ‘Yes, well, hmm, OK.’ But he’s got to have the impulse. Pedro is not a person that you can push into an idea. He has ideas freely and he has to do what comes to him.”

What’s coming to Banderas are offers of more substantial, varied roles and awards recognition. Having been nominated for an Emmy and a Golden Globe for Genius last year, and winning the Cannes prize for Pain and Glory, could he this year get his first shot at an Oscar?

“I don’t know. I don’t even want to think about it,” he says, “because expectation is the mother of all frustrations. It’s better just to enjoy what we have.”

‘Pain and Glory’ is released in UK on August 23, and in the US on October 4. ‘Genius’ is available on Amazon Prime 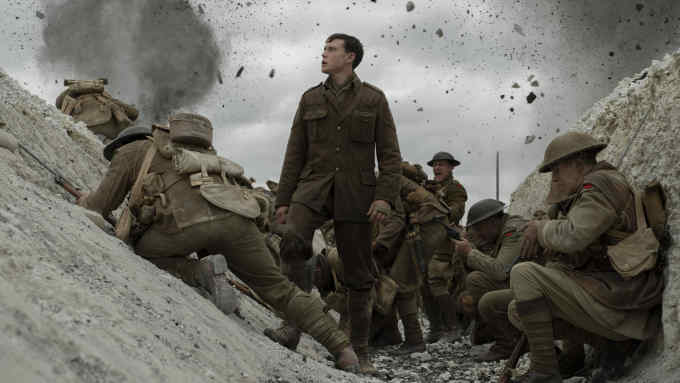