Origin stories are essays in flamboyant imposture. They treat an unreal character as if he had a real background, with a plausible prehistory filling in the prelude to fantastical fiction. From Young Frankenstein to Batman Begins to this week’s Joker, these movies specialise in an in-your-face, eyeball-to-eyeball impudence, though the face can be completely straight even as it butts up against yours.

The face is certainly straight — in a glowering, scary way — in Todd Phillips’s triumphant riff, lionised at Venice (Leone d’Oro), on a character we already know or thought we did. Previous screen Jokers have included Jack Nicholson and Heath Ledger. “What the world needs now,” Phillips seems to say, “is a psychological explanation for Batman’s most colourful foe.” An explanation that will reach back to his origins as a white-faced clown, stand-up comic and victim of pseudobulbar affect.

Victim of what? It’s not named in the film, but PBA is the condition symptomatised by involuntary laughing and crying. Joaquin Phoenix as Arthur Fleck cackles and weeps into mirrors — that’s how we first meet him in a clowns’ dressing-room — and can’t stop cackling, with laughter or tears, even when sitting down with his social worker. Phoenix gives the role a frightening intensity. This actor doesn’t favour dilettante distancing. He steps right through the looking glass to become the character he has been staring at.

Joker is partly a film about other films, but the surprise film drawn on is Scorsese’s The King of Comedy. This time De Niro steps the other side of the idol/idolator mirror to become Jerry Lewis — or more exactly Johnny Carson shading into Jay Leno — to his volatile younger fan. By the time the two meet on air, Gotham itself has become a seething ocean of clown-faced or clown-masked protesters. They flood the streets to decry corruption, wave banners and fight back against assailing cops.

It’s eerily up-to-the-minute. We could be anywhere from Hong Kong to London’s Parliament Square, via an imagined post-cataclysmic America. Come dressed as a scary clown to protest against the scary clowns who lead us. In the dystopia according to Todd Phillips (a film-maker barely recognisable here as the one who gave us Road Trip and the Hangover trilogy), the only true authenticity may be hate: the hate born of thwarted love.

If you think too long about Joker and what it says, you may want to kill yourself. Then again, a film that shows you your own era in a truthful reflection is not a call to suicide. It’s a call to understanding and enlightenment. Nightmares are what we learn from in order to regain the power to dream. 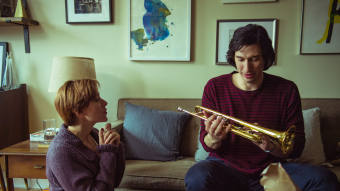