How many lawyers does it take to steal a film? Three. One to unscrew it, two to fool the alarm system and fill the swag bag. Marriage Story would never have made it as a must-see Noah Baumbach movie without Laura Dern, Ray Liotta and Alan Alda. Guest-starring gloriously, they play three divorce law sharks who help Scarlett Johansson and Adam Driver resolve their marital break-up. “Glorious” as in gruesome, glittering and gleefully watchable.

Dern is up first, unscrewing the film’s intended power system by outacting its leads. As Johansson’s lawyer she is a snake-thin human cobra with swishy dresses and a sibilant, solicitous saw for all seasons. Next comes Liotta, a Mafioso manqué with a husky snarl and henchman: a character straight from the Scorsese Poisoned Candies Assortment. Since Liotta scares even Driver, his client, he is replaced for a few scenes by Alan Alda. He too is in prime form. His cheesy, smiling, ostentatiously down-at-heel old-timer is a purse grabber with pro bono pretensions.

The Netflix Curse (as it is becoming) means that a good 90-minute human comedy comes in at 136. It’s a movie on the cusp of morphing into a mini-series. Johansson and Driver are both good. She plays California-raised Nicole, an ex-Hollywood actress whose boho charms and hopes have started turning to boo-hoo. Her husband Charlie (Driver), a Broadway/off-Broadway director, is holding her life hostage in New York. The solution: flee to Los Angeles with only son, live with mum (Julie Airplane Hagerty, overdoing a little the arch squeaking) and sue for divorce.

Mate checkmated? That’s just the start of this windy narrative loosely based on the Frances Ha and While We’re Young filmmaker’s own divorce from actress Jennifer Jason Leigh. The best domestic scenes sound partly improvised and are torn into skilfully by Driver and Johansson. She is a revelation, acting-wise, after all those droids, cyborgs and superheroines she has been stuck with in recent years.

But there are too many non-best scenes. Too many t’s and i’s have to be crossed and dotted in this omit-nothing divorce procedural. We end up grasping at the passing guest stars like children being ushered through every learning experience in a zoo, when all they want is to find their favourite beasts and nail down some concentrated quality time with them.

Get alerts on Adam Driver when a new story is published

Explore the series
READ MORE
Once Upon a Time . . . in Hollywood is Tarantino’s best and bravest movie since Pulp Fiction 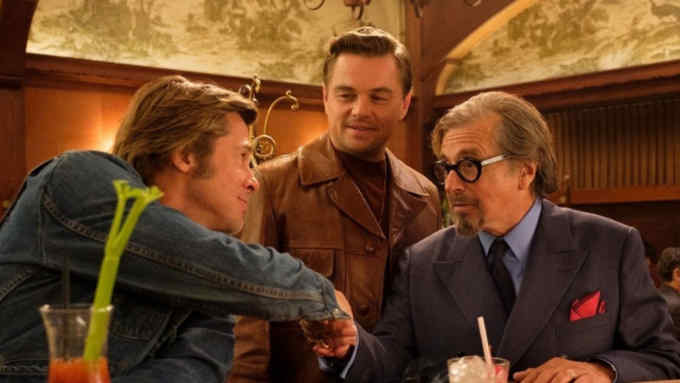