We use cookies (opens in new window) for a number of reasons, such as keeping FT Sites reliable and secure, personalising content and ads, providing social media features and to analyse how our Sites are used.
Manage cookies
Accept & continue
Special Report FT Intelligent Business
See all 15 stories
Operations management

Can contracts use pictures instead of words?

Shell’s marine and aviation business reasoned that it could do better. The energy multinational signs thousands of contracts a year. Whether a single sheet or running to hundreds of pages, every contract the company writes represents a business relationship that it would prefer to see fulfilled mutually.

Two years ago the group’s legal department recognised that unwieldy contracts stand in the way of harmony.

“Account managers spend so much time building customer relationships that they don’t want a contractual negotiation to then dismantle that relationship brick by brick,” says Adam Khan, Shell’s lead global counsel for aviation and marine.

The marine division started to redraft contracts using as much plain English as possible. The effort helped it cut word counts by just under 40 per cent. In addition, says Mr Khan, using plain English helped come up with commercial deals that were “reasonable to the position of the parties”.

Making contracts more faithful to the relationships they represent is a popular goal with commercial contracts. This has influenced how lawyers can represent agreements, while at the same time thinkers such as Oliver Hart, the Nobel prizewinner and Harvard University economist, have said contracts should be simplified.

In a recent Harvard Business Review article Prof Hart and his co-authors argue that businesses should write contracts that specify mutual goals and governance structures to keep the parties’ expectations and interests aligned over the long term. This matters especially for “highly complex relationships in which it is impossible to predict every ‘what if ’ scenario”.

At the same time that Mr Khan was focusing on plain English, his colleagues noted a curious innovation gathering steam in the legal world: visual contracts that incorporate images alongside or even replace text. The underlying idea is that a picture paints a thousand words.

For almost a decade, writers such as David Sibbet in Visual Meeting and Dan Roam in Blah Blah Blah: What To Do When Words Don’t Work have advocated the use of graphics and charts to better communicate ideas between people.

Paul Branch and Stefania Passera at the International Association for Contract and Commercial Management, a membership organisation devoted to improving standards, say visual contracts can be used for simple and complex agreements.

“It’s not about substituting pictures for words but having additional images that best represent the concepts in the contract,” says Ms Passera. Images can be used to depict processes, illustrate timelines and provide formulas for key performance indicators.

By turning contracts into documents that are actively used, we can bring clarity and certainty to the relationship

Separately, Mr Branch is also developing a library of contract terms that can be assembled as modules to build complete agreements. The goal is to provide businesses with best practice examples of the most frequent and least divergent contract clauses. “Visualisation is important but just as important is simplification of the text itself,” says Mr Branch.

Shell started using visual contracts in its marine lubricant sale agreements to simplify general terms and conditions in order to avoid prolonged negotiations. “They should ideally also act as instruction manuals that are constantly used,” says Mr Khan. “By actually turning them into documents that are actively used, we can bring clarity and certainty to the business relationship.”

While there are many benefits to visual contracts, Mr Khan admits that “simple is difficult”. The work that goes into making pictures that can represent the terms of a contract to all parties involved and “requires careful examination of the business to make sure the contracts accurately reflect what the business does operationally, commercially and the risks attached to that.”

If people feel they are not being treated fairly they will find a way to get back at the other party, no matter what the terms of a contract are

Speaking by phone from his office in Massachusetts, Prof Hart says that when counterparties sit down to negotiate contracts, often they default to an “adversarial mindset” and a “transactional approach”. Then they fret over every conceivable outcome and try to codify each one.

If people feel they are not being treated fairly in a business relationship they will find a way to get back at the other party, no matter what the terms of a contract are, says Prof Hart. It is counterproductive for negotiators to codify every minute detail of a relationship when instead much can be ascribed to a spirit of agreement, more similar to a constitution or code of ethics.

Prof Hart advocates relational contracts — where the contract is based on a “relationship of trust”. The explicit terms of the agreement outline the relationship over which an implicit understanding guides signatories’ behaviour.

“Parties agree about what they want to do together to come up with a common vision — discussing the vision with a recognition that the contract will be incomplete but will be governed by a set of guiding principles,” says Prof Hart.

Better contracts, he says, mean better social and commercial relationships for everyone.

The case studies below showcase examples of combining the use of data and technology in business operations. They were compiled by RSG Consulting.

WINNER
Deloitte
When the General Data Protection Regulation came into force, Deloitte Legal was told to review Deloitte Tax’s 45,000 contractual relationships. Its programmers built dTrax, an AI-enabled tool that stores and manages contract negotiation and creation, and includes customisable dashboards that can call out contract obligations or spot revenue leakage. The Deloitte tax team reports that the use of dTrax saved 60 per cent of legal costs for managing each contract. For the past year, Deloitte has been offering dTrax to clients as a product or managed service.

Braskem and ContractPodAi
Brazilian petrochemical group Braskem used legal technology company ContractPodAi to digitise its contract management processes. It created a central repository for all its contracts and an automated workflow for drafting, negotiation and approvals. The system had been adopted widely just one month into a 13-week proof-of-concept phase. It is now used by 1,000 people in the company.

Daimler and Icertis
Carmaker Daimler turned to Icertis, a contract management software company, when it wanted to replace its 25-year-old procurement system. Within five months the new process was fully implemented, reducing contract cycle times from six weeks to one week and streamlining the adoption of new suppliers. The system records 500,000 suppliers’ obligations and performance. In February, Icertis launched a blockchain framework for the Mercedes-Benz car supply chain.

Idexx and Mitratech
Two years ago, biotechnology company Idexx Laboratories took on Mitratech’s ThinkSmart automation platform to create a contracts approval process. It halved both the time and number of people involved and created a linear, transparent process. Idexx built its own workflow using the platform’s drag-and-drop interface.

L’Oréal and Ironclad
In 2018, the L’Oréal legal team in the Americas began using Ironclad software to automate 15 high-priority contracts. Since then, it has automated nearly 4,000 workflows, including “ambassador agreements” that cover more than 1,000 influencers engaged by L’Oréal. Standardising contracts improves efficiency and increases transparency.

Shell, IACCM and Elevate
Shell worked with the International Association for Contract and Commercial Management to develop “visual contracts”, which replace complex clauses with plain language and visual design. This increases efficiency in negotiations and leads to better relationships. Shell’s pilot contract has been used in 150-plus contract negotiations. It worked with legal tech company Elevate to analyse legal and business requirements.

ThoughtRiver and PwC
One challenge faced by most organisations in digitising contracts is the number of ways that lawyers can phrase the same clause. ThoughtRiver has launched a product to address this, called Lexible. The tax and legal innovation team at audit firm PwC is using ThoughtRiver to develop its own internal contract review tool.

Unbabel and Juro
Unbabel, a Portuguese translation provider with 150 employees and 50,000 mobile linguists, needed to manage the different commercial contracts that underpin its business. It chose Juro for its contract management system, citing its ability to link to its Salesforce customer management tool. Juro says senior managers save 75 per cent of the time they used to spend on contracting, while closing times are 30 per cent faster.

Unilever, Syke and PA Consulting
Unilever’s legal operations team worked with PA Consulting on linking the company’s contract data with procurement. It also worked with Syke to develop Contracts4U, a tool that automates document drafting. Contracts4U was deployed globally in May and after a month it had produced 1,254 contracts using standardised templates while reducing cycle times by 37 per cent.

Get alerts on Operations management when a new story is published 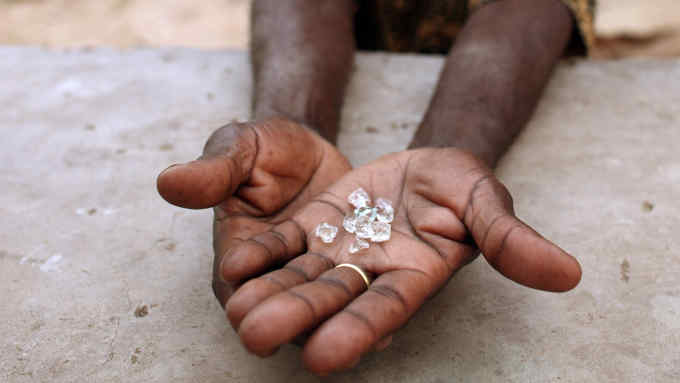