Transformations in the supply chain

In highlighting the barriers facing farmers in developing countries, especially women, Ashish Gadnis, a US entrepreneur, points to a flaw in the supply chain: the inability of smallholders to hold a record of transactions. Mr Gadnis says: “[No record] means she will never get good access to credit and she will be exposed to predatory lending; if she’s able to sell the barley, her husband or son may steal the cash.”

This is where technology comes in, and BanQu, Mr Gadnis’s software company, is using blockchain to tackle the problems faced by people working in countries that suffer from a high level of poverty.

One example is Zambia, where BanQu has joined drinks company Anheuser-Busch InBev to give smallholder farmers a record — accessible by mobile phone — of all their sales to the company. This enables them to build a business history, which in turn lets them secure loans and win contracts.

With commodities paid for in the form of mobile money, their earnings are also safe from ill-meaning relatives.

The incentive to adopt new technology is often the efficiencies it supports. Shell uses Vakt, a blockchain platform backed by leading oil companies, to manage invoicing and scheduling. The system has saved users up to half their time and cut costs by 40 per cent compared with manual methods.

BanQu increases efficiency, too, particularly with procurement. “Our team [can see] inventory throughout the supply chain in real time,” says Katie Hoard, global director of agricultural innovation at AB InBev. “It makes it easier to manage.”

Digital technology also allows corporate buyers and consumers to discover more about the sustainability and ethics of their purchases. It can trace anything from carbon emissions to labour standards.

At AB InBev, for example, BanQu’s platform means the company can be sure that farmers are paid properly for their commodities and that its training and agricultural products for use in farming reach the right communities.

“This is a huge step forward,” says Ms Hoard. “It’s being able to understand where the resources are going and making sure they are getting to the people you intend to impact.”

Blockchain is just one of several technologies being used to transform the supply chain. Another is satellite imaging, which makes it possible, for example, to track deforestation — where land is being cleared for agriculture. “We can build up a clear picture that makes it increasingly difficult to cover up illegal or poor practices,” says Renat Heuberger, founding partner and chief executive of South Pole.

Mr Heuberger’s company taps into a range of data to create tools that help make supply chains more transparent, reducing both the risks they pose and their effect on the environment. It allows companies, governments and others to understand and tackle climate change-related risks.

Leanne Kemp is founder and chief executive of Everledger, which uses “a symphony of technologies” to track and authenticate the origin of products such as diamonds, minerals, wines and high-value art. Ms Kemp says blockchain enables different parts of the supply chain to be linked. “Blockchain is the tissue that connects to sensors and scanning technologies to identify the object,” she says. “In the case of a diamond, it’s unique like a snowflake, so we can identify every single stone.”

For Everledger’s jewellery industry clients, this means they can meet the demand for transparency from consumers. “Sustainability goes beyond carbon emissions,” says Ms Kemp. “There are questions to be asked about who was involved in the making or the extraction of those minerals and gemstones.”

“IoT is one additional source of data to be captured for sharing,” says Ramesh Gopinath, vice-president of blockchain solutions at IBM. “With all the data that’s captured, artificial intelligence makes sense of it. And blockchain is where you keep track of the information.”

IBM’s technology makes it possible to reduce food waste and to identify the source of any contamination, meaning recalls are easier.

Mr Gopinath argues, however, that technology alone cannot transform supply chains. “It is one enabler to get us to the nirvana of transparency,” he says. “But it is people and their willingness to share information that [will]play a big part.”

The case studies below showcase combining data and technology in business operations. They were compiled by RSG Consulting.

WINNER
Golden State Foods & IBM Food Trust
In October 2018, IT company IBM launched its Food Trust network, which uses blockchain technology to share information along food supply chains. Golden State Foods put the network to the test last summer by placing sensors in boxes of meat to monitor temperature and humidity as they were transported.

Some boxes were also tagged with locator IDs and permitted users could monitor the shipment in real time. IBM Food Trust has completed 500,000 traces on food supply chains, according to the company, and users have seen 30 per cent less product loss and lower costs.

AB In-Bev & BanQu
Drinks company AB InBev joined BanQu, a blockchain platform provider, in May 2018 to improve transparency in its supply chain. Distributed ledger technology is used to trace how raw materials are sourced, focusing on individual farmers. AB InBev originally opened the blockchain to 2,000 Zambian farmers and 1,200 Ugandan farmers who supply cassava and barley. Since then, the scheme has added 10 more countries, including Brazil and India. BanQu reports that companies that adopt blockchain technology have seen average supply chain savings of 15 per cent and have halved their exposure to risk.

London-based Everledger uses blockchain technology to track and authenticate the origin of seven types of valuable assets, including diamonds, wines and works of art. Founded in 2015, the company uses a digital ledger to see the asset at every stage of the supply chain. Everledger works with certification houses to give assets such as diamonds a digital thumbprint for authentication. The company works with global jewellery groups, including Taylor & Hart and Brilliant Earth, and has provided provenance for more than 2m diamonds since 2015.

Shell and Vakt
Vakt’s blockchain-powered platform for the crude oil industry went live in February. Oil company Shell has put all its North Sea trading transactions on to the platform to cover invoicing, contract and deal recaps and scheduling. The company reports that blockchain has saved users 30-50 per cent in time and 40 per cent in costs compared with traditional, manual methods. It ensures frictionless and accurate invoicing between suppliers.

South Pole
South Pole is a sustainability consultancy that advises multinational companies on how to reduce their carbon footprint in supply chains. Its BigChain tool uses cloud-sourced big data and satellite mapping to assess climate risk and how a company’s activity is affecting the world’s forests. South Pole says it has screened and advised corporate and individual investors for more than $2tn worth of investments. 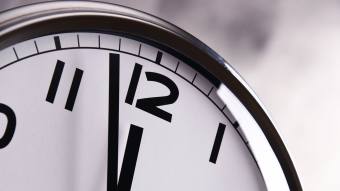