Loans to Sanjeev Gupta’s company from Greensill Capital that were later sold to Credit Suisse investors were made on the basis of suspect invoices that have raised suspicions of fraud.

The revelation is likely to pile more pressure on Gupta, who was once feted by politicians as the “saviour of steel” for his rescue of metalworks from Wales to Australia but is now struggling to keep his rickety industrial empire afloat.

Greensill collapsed last month, triggering a corporate and political scandal over lobbying on behalf of the company by former UK prime minister David Cameron. Investors in a now-suspended $10bn range of Credit Suisse funds are braced for losses on loans to Gupta’s businesses.

All of these companies deny doing business with Gupta’s group. “We have nothing to do with Liberty,” said Ulrich Becker, chief executive of KME Germany. “We did not trade with them in the past, we are not trading with them now, and we will not trade with them. We are copper producers and don’t even know what we would have bought from them.”

The FT last week revealed that Greensill Capital’s administrator Grant Thornton had been unable to verify some invoices as it contacted companies listed as debtors to the collapsed firm.

One of the companies, a German scrap metal business called RPS Siegen, told the FT it had never traded with Gupta. The steel magnate later told the FT that the company had been “identified as a potential customer” and financing was provided on that basis.

However, among the invoices seen by the FT is a Liberty Commodities bill submitted to Greensill, which claimed that Gupta’s trading firm had sold nickel to RPS.

Greensill packaged the loans to Gupta into funds at Credit Suisse, which list the underlying receivables — or the money due under invoices. Six European metals companies named in Credit Suisse’s fund accounts — RPS Siegen, Amag Austria, KME Germany, Salzgitter Flachstahl, Voestalpine Böhler Edelstahl and Trimet Aluminium — all confirmed to the FT they had never traded with Liberty Commodities.

It is the clearest sign yet that there may be forged documents at the heart of the Greensill scandal. Senior executives at the Swiss bank are increasingly concerned that their clients may have been the victims of fraud, according to people familiar with their thinking.

In response to questions about the suspect invoices, GFG said: “Many of Greensill’s financing arrangements with its clients, including with some of the companies in the GFG Alliance, were prospective receivables programmes, sometimes described as future receivables. As part of those programmes, Greensill selected and approved companies with whom its counterparties could potentially do business in the future.”

GFG declined to comment further on why there were invoices for a trading relationship that was only “prospective”.

Suspicions have been fuelled after the FT revealed on Monday that web domains resembling those of various commodity trading houses were registered to an email address of a GFG employee.

Gupta’s GFG Alliance, a loose conglomerate of his metals businesses, was one of the biggest customers of Greensill which — until its collapse last month — was one of the UK's most-hyped financial technology companies.

Last year Greensill was trying to raise capital at a $7bn valuation. Former prime minister Cameron, an adviser to the group, once stood to make tens of millions of dollars from equity options in the company, which are now worthless.

Greensill was not required to confirm the veracity of invoices, according to the conditions of the “account receivables” facility with GFG.

Credit Suisse, Greensill and its administrator Grant Thornton all declined to comment. 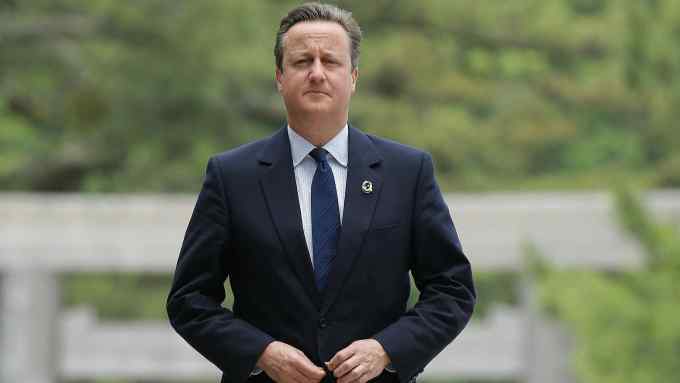