In the late 1800s, William Coley, a surgeon in New York, developed what scientists now think was the first cancer immunotherapy.

Coley noticed one of his patients, Fred Stein, had started recovering from cancer after catching a serious infection. The observation made him wonder whether the bacteria had somehow stimulated the patient’s immune system and recruited the body’s natural “resisting powers” in the fight against Mr Stein’s tumours.

The surgeon began treating inoperable cancer patients with bacterial injections — known as “Coley’s toxins” — and recorded some success, but his poorly documented findings were dismissed by contemporaries who favoured radiation and chemotherapy.

Mr Coley died in 1936 and his theories were all but forgotten: it would take almost 80 years for oncologists to take cancer immunotherapy seriously.

Today, immunotherapies are among the world’s best selling drugs and they have dramatically improved the survival prospects for some of the sickest patients, especially those with melanoma and lung cancer.

“Immunotherapy is here to stay,” says Jill O’Donnell-Tormey, chief executive of the Cancer Research Institute. “It's not just a blip, it’s not overhyped — I think it is going to become the standard of care for many cancer types.”

The most common immunotherapy drugs are known as checkpoint inhibitors, which work by removing brakes in the immune system so the body can attack cancer.

Their discovery was made possible by the research of James Allison, now a professor at the MD Anderson Cancer Center in Texas, who spent the 1990s and early 2000s working on immunotherapy even as many other scientists dismissed it as an intriguing but futile sideshow.

Checkpoint inhibitors have proven remarkably effective in people with advanced melanoma, a disease once known as the “cancer that gave cancer a bad name” because it had such a terrible prognosis, with most patients dying within three to 18 months.

Today, almost 60 per cent of advanced melanoma patients survive three years if they take a combination of two checkpoint inhibitors, both made by Bristol-Myers Squibb, the US pharmaceutical group that bought Yervoy, the drug based on Dr Allison’s findings, in 2009.

A rival drug made by Merck, known as Keytruda, can significantly boost survival in lung cancer patients when added to a type of chemotherapy, according to early findings from a trial that is due to be published shortly. Other companies, including Roche and AstraZeneca, make competing versions.

It was not until 2013 that checkpoint inhibitors gained widespread acclaim among oncologists, but the drugs were soon being hailed as the biggest breakthrough in cancer treatment since the advent of chemotherapy.

The hype served to cloud some uneasy truths.

When checkpoint inhibitors work, they are remarkably effective, helping patients live for months or years longer than expected with less severe side-effects than other drugs. However, with the exception of the remarkable impact in melanoma and, to a lesser extent, lung cancer, most patients do not respond.

Although immunotherapies have now been approved in a long list of cancers from bladder and gastric to liver, the response rates in these illnesses is lower, with as many as 4 out of 5 patients deriving no benefit at all.

When the second generation of checkpoints, known as PDL1 inhibitors, were approved in 2014, researchers and pharma executives confidently predicted they would quickly push response rates higher by combining them with newer experimental immunotherapies.

So far no one has come up with the magic combination, despite running hundreds of trials.

Giovanni Caforio, chief executive of Bristol-Myers Squibb, hails “unprecedented progress” with immunotherapies, but concedes the next step, which he describes as finding “intelligent combinations”, has not moved as quickly.

“I think that it is not growing at the same speed, but I wouldn’t call it stalling,” he says. “I think it’s moving at a speed that is probably more typical of the speed of [traditional] cancer research.”

Sean Bohen, chief medical officer of AstraZeneca, says the quick advent of checkpoint inhibitors was all the more remarkable because immunotherapy “had been a disappointment for decades”. Yet he cautions progress might become slower because the “science is going to harder places”.

That is not necessarily a bad thing, says Dr Bohen, because it encourages companies and researchers to work in a more methodical way rather than making speculative guesses: “I believe it’s a healthier way to do drug development”.

The challenge now is finding new drugs that can be added to checkpoints and boost the immune response to cancer without putting patients at risk or causing intolerable side effects.

One hope is a so-called IDO inhibitor, which suppresses an enzyme that tumours use to hide from the immune system. Both Merck and Bristol-Myers are testing their checkpoints in combination with this type of medicine in a partnership with Incyte, a US biotech group that is developing the most advanced IDO inhibitor. The first trials are due to complete in May.

Regardless of whether drugmakers and scientists find the right combination any time soon, the remarkable progress in recent years means the field is unlikely to languish as it did after Mr Coley’s early discoveries. 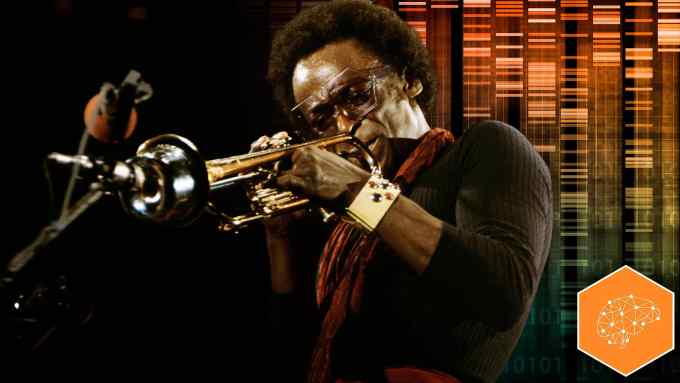