When I meet Eve Poole for tea at a London hotel, she is open and engaging, not to mention a picture of fine grooming. Perfectly attired in cream and black, she arrives with not a hair out of place despite a five-hour train journey from Edinburgh. She is also wearing her pearls — but more of them later.

It comes as no surprise that Poole, the epitome of courtesy, is on a mission to promote good manners. Yet to dismiss her as a mere purveyor of social etiquette would do her, and her research and teaching, a disservice.

Yes, she knows how to walk down stairs or enter and exit a car elegantly and knows which cutlery to use at a formal dinner, all of which befits a former student of Lucie Clayton College, the now-defunct finishing school for wealthy girls and once a top modelling agency. (The FT’s photographer later tells me Poole knows precisely how to sit to have her photo taken to best advantage.)

But with an MBA and a Cambridge PhD on theology and capitalism under her belt, the associate lecturer at Ashridge Executive Education, the business school about 40 miles north-west of London, believes good manners are essential for more than just social events. They help oil the wheels of business. “People skills are business critical,” she says, adding that they are a must-have for effective leadership.

Work & Careers
The brain-science entrepreneur who is mindreading for real 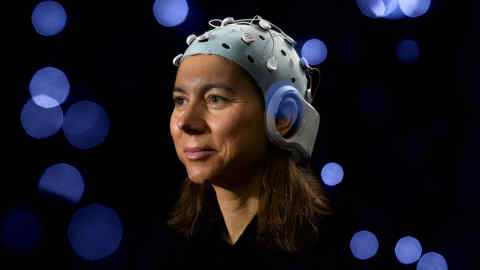 She bemoans the fact that leadership is now often depicted as autocratic, as exemplified by television programmes such as The Apprentice and Dragons’ Den. “I think there are just so many ill-mannered people around,” she says.

One person in particular gives her cause for concern: US president Donald Trump. “Whatever you think of his politics, his manners are appalling,” Poole notes. Those who are autocratic and bully others have no authority, she says. “They have power but nobody respects them.”

Being autocratic “is not what anyone thinks leadership is about any more”, argues Poole. With the exception of places like the City of London, where high salaries mean employees are prepared to put up with autocratic leaders, imperiousness is a dying management technique, she believes. The essence of good leadership is in eliciting the best performance from people, according to Poole. “If you make other people feel comfortable, they will open up. They will work better.”

If you make other people feel comfortable, they will open up. They will work better

And her mantra? “You get further in life by being liked than by being right. If it is a choice between two competent people and one is liked and the other is difficult, it will usually be the former who gets the promotion,” she continues.

So can aspiring leaders be taught to adopt a more acceptable management style? Poole believes they can — and this is where her string of pearls comes in.

Born in Scotland and now living there again after many years in London, she notes that north of the border the word “pearls” is pronounced “perils” and the pearls themselves can be an allegory for corporate leadership.

The pearl’s beauty is hard-won, she says, created by the host oyster as a defence mechanism against invading grit. And this is why she uses her pearls as one of her props when she is teaching.

Natural pearls are rare and difficult to find, but cultivated pearls can be created relatively efficiently through a synthetic and predictable process. She believes that by getting managers to practise techniques for good manners and empathetic behaviour, they can create a similar short-cut to produce effective leadership. Practising these techniques in advance gives a “soft landing” for leaders when they are faced with moments of adversity, she says.

Whatever you think of Donald Trump’s politics, his manners are appalling

Some of the techniques are relatively simple — practise using eye contact or saying “thank you” more, tell stories as opposed to listing facts and learn to listen well — while others are more technical. And they include tools and techniques for getting things done, changing habits and dealing with uncertainty — as well as charm.

Which brings our conversation round to her latest book on the topic, Leadersmithing, which she says is a practical guide to learning these skills.

“It is a bit like a car manual. I wanted to make it really easy and really practical,” she says. The title was chosen because it references leadership as a craft that can be learnt.

All of which, she hopes, will help to eliminate aggressive and boorish managers. “We get so exhausted when there are people out there who are difficult,” she concludes. “The amount of stress it creates having boors around is just not healthy.”

Explore the series
READ MORE
How to manage friends after promotion 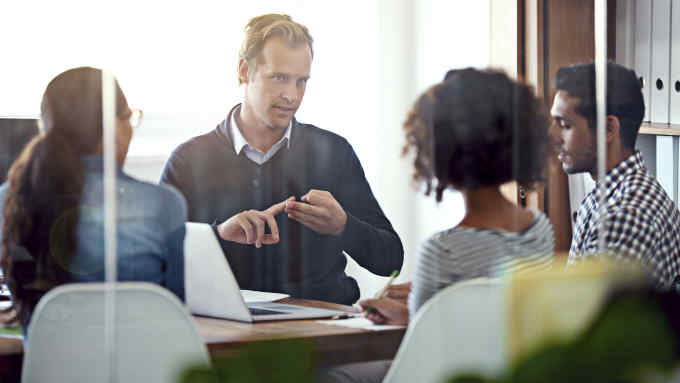 It can be daunting to be put in charge of other people for the first time.