In Britain, as across Europe, coronavirus infections have been increasing for several weeks — but the resurgence has so far proven notably less deadly than the original pandemic.

Since the beginning of July, when the decline in newly confirmed cases from their April peak stalled, infections have increased gradually back to levels last recorded in mid-June.

Although hospitalisations and deaths lag infections, neither indicator has shown a corresponding increase even six weeks after the number of cases began to rise.

Rather, hospital admissions and deaths attributed to Covid-19 are at record lows in Britain and several other European countries. In the week ending August 21, British hospitals admitted an average of just over 84 people a day with Covid-19 — less than at any stage during the pandemic.

In the same week, the UK’s Department of Health and Social Care recorded an average of 6.7 new deaths per day, the lowest official toll since the earliest days of the pandemic.

According to data from the Office for National Statistics, fatalities mentioning Covid-19 on the death certificate are at their lowest level in 21 weeks. The large spike in excess mortality seen earlier in the year has also largely disappeared: deaths from all causes in England and Wales were below the seasonal average of the past five years every week since the week ending June 19 until the week ending August 14, the latest period for which there is data. However, the ONS said the uptick was not due to Covid-19 but, more likely, because of hot weather.

The global “case fatality rate” — total deaths as a proportion of confirmed cases — has fallen by half over the past three months to below 0.04 as of Monday.

Health experts cite three main reasons why fewer people who test positive for Covid-19 are becoming seriously ill and even fewer are dying from the disease: more testing, changes in the ages of those infected and improved treatment for the sickest patients.

“As the epidemic has progressed, tests have become far more widely available,” said Paul Hunter, professor of medicine at the University of East Anglia. “Back in March and April we were mainly testing people who were really ill and more likely to die. Now the programme is catching a much higher proportion of infections with mild or no symptoms.”

In the UK “pillar 2” tests conducted outside hospitals and NHS labs have increased faster than “pillar 1” hospital-based testing, particularly since early July.

Pillar 2 tests have a higher positive rate: around 7.5 in every 1,000 confirm infection, a figure that has been increasing since the resurgence of recorded cases. The positive rates of pillar 1 tests conducted in hospitals and NHS labs has fallen to around two in every 1,000 in the same period.

“In the first wave of the epidemic the elderly were the main driver of the disease, particularly in care homes,” said Prof Hunter. “That is no longer the case.”

Compared with a few months ago, people catching the virus now tend to be younger. After the UK government encouraged people who could not work from home to head back to work in mid-May, the share of cases among England’s working age population began to rise.

During the course of the two months to July 24, the share of people diagnosed with coronavirus aged between 18 and 64 increased from a weekly average of 24 per cent to over 40 per cent, according to figures from NHS England.

Overall case numbers have increased among all age groups except the over 70s since early July but have risen fastest among children, teenagers and people in their 20s and 30s.

In the week ending August 16, a quarter of new cases were people in their 20s, according to data published by Public Health England. There are now as many cases among the under-40s as there were in the entire population at the low point of new infections six weeks ago.

Many of those who are at greatest risk are still minimising their social contacts even though they are no longer officially “shielding”, said Peter Openshaw, professor of medicine at Imperial College London, while younger people feel less vulnerable and are resuming social contacts.

A third reason for the lower recent mortality is improvement in medical care.

“Doctors are getting better at assessing who should go to hospital in the first place, rather than staying at home,” said Prof Hunter. “When patients are in hospital, clinicians are learning how to treat them more successfully.”

Although there have been many small improvements, he said the biggest single advance was the breakthrough that administering the steroid dexamethasone cuts mortality in hospitalised Covid patients.

The strain on hospital capacity has also eased. NHS England data shows fewer beds occupied with Covid patients and fewer staff away sick or self-isolating than at any point since the pandemic began. Of those patients who are eventually transferred to intensive care units for treatment, a greater proportion are recovering.

One factor may be that people are becoming infected with lower “viral loads” now that transmission is taking place mainly in the community rather than in care homes and hospitals. Exposure to lower doses of coronavirus may reduce the chance of serious illness.

Seasonality is another possibility. In the northern hemisphere summer, people are generally healthier. At the same time coronavirus survives better outside the body in colder and drier winter conditions.

The final — and most controversial idea — is that genetic change is making the virus less virulent as it passes through human populations. “Viruses are prone to mutate as they move into a new host: human beings,” said Prof Openshaw. “Mutations could produce more or less severe variants but theory suggests that on the whole they are likely to be less severe.”

Explore the series
READ MORECoronavirus: free to read
Why workers in some countries are more comfortable about returning to the office 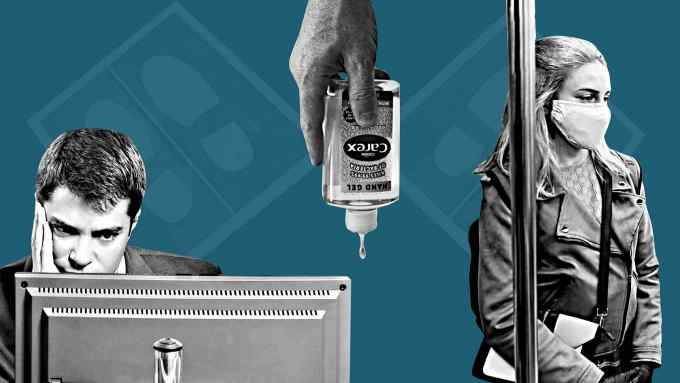