“Every time I deliver a parcel, I wonder why I went to university, worked for three blue-chip companies then ran my own successful business only to be crushed by Covid,” said Ade Smith, who is now working as a delivery driver in his 50s.

“Grafting” is how he describes travelling around the Surrey suburbs in 35 degree heat trying to deliver a Dyson fan — but he is nonetheless grateful for the work.

Mr Smith is one of thousands from comfortable, white-collar managerial backgrounds facing an uncertain future as the UK enters its worst recession on record.

Blue-collar workers tend to be hit hardest in a recession in contrast to better paid white-collar workers. After the 2008 financial crisis, the former suffered job losses of 5 to 10 per cent, while managerial and other professional roles were little affected.

The early stages of the coronavirus crisis have accentuated this pattern. Since the start of the lockdown, almost 750,000 jobs have gone and more than a quarter of the workforce was on furlough as the economy began to reopen in June, according to official data released last week.

But while the axe initially fell on workers in retail and hospitality, increasingly management and office support teams are being hit hard.

Tej Parikh, an economist at the Institute of Directors, warned that office-based professions are facing the worst jobs crisis since the early 1990s recession, threatening the livelihoods of many workers after three decades of job security.

Many of these roles depended on a vibrant economy. “These were important jobs before Covid but may now be seen as areas to cut costs,” Mr Parikh said, referring to middle management or administrative jobs.

But restructuring experts said the cuts to white-collar positions were likely to be broader, with most employers looking at their costs after a bruising few months of trading.

“Our restructuring skills are being brought in by people who want to survive,” said one adviser to a number of blue-chip companies considering job cuts. “Most PLCs are now actively talking to restructuring people about their cost base.”

The winding down of furlough scheme means many jobs in corporate head offices and more widely in professional services and creative industries are at risk.

On Tuesday, retailer Marks and Spencer became the latest big name to target management and support jobs as part of 7,000 redundancies over the next three months.

Rival John Lewis and companies in other sectors, such as the UK’s biggest energy supplier Centrica, have already said large numbers of office-based roles must go as part of wider job losses. Accenture, the consultancy, is set to cut 900 staff, about 8 per cent of its UK workforce, as its clients put big projects on hold.

According to research for the FT by Reed, one of the UK’s largest recruitment agency, there are close to half the number of vacancies listed for white-collar positions compared with what it defines as “non-white collar” jobs but applications for the former have been almost a third higher over the past three months.

“White-collar roles are the backbone of our economy, providing a wealth of employment for many people within vast communities,” said Ged Mason, chief executive of recruitment firm Morson Group and a partner at Keep Britain Working, a campaign aimed at helping those losing their jobs retrain.

“The fall in these roles will have impacted many. There is a reshaping of the economy and the work that we do at Keep Britain Working demonstrates that these roles are taking longer to bounce back,” adding that retraining was already helping some people find other employment.

Job losses in traditional white-collar roles have been curtailed so far by several factors.

John Llewellyn
Why the UK economy stands out 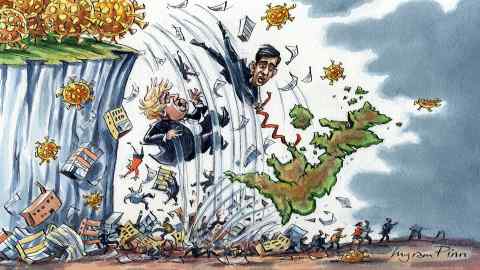 Employers are often reluctant to fire highly skilled employees as they are difficult to replace when the economy picks up.

Larger companies have also held back from making wider job losses until the economic outlook is clearer with much depending on whether there is a second wave of the pandemic. The furlough scheme, which ends in October, has also allowed management to defer decisions.

Alpesh Paleja, UK economist at the CBI, said the next few months would prove crucial. “Those decisions are happening now. We have not seen large scale job losses yet but as the job retention scheme unwinds and if there is no pick up in the economy then there may be an uptick [in job cuts].”

As workers are encouraged to return to their offices many might find empty desks around them. One chief of a media organisation said that she was becoming inured to telling people the bad news over zoom calls.

Professional services companies have made limited job cuts up until now with some parts of their businesses in restructuring and digital transformation still prospering.

But as government support comes to an end, they are now turning to lay-offs. Law firms, including DWF and BCLP, have announced redundancies in recent months. The legal sector has been hit by a decline in dealmaking and work on large infrastructure projects almost grinding to a halt.

Some of the worst affected industries have not waited. Companies such as pub group Wetherspoons and bookseller Waterstones have already axed head office staff.

Elsewhere hundreds of staff working in the predominantly office-based media sector, including the Guardian, the Evening Standard and WPP, have also lost their jobs.

“I am seeing no business coming in at all,” said Jonathan Planner, a headhunter working in the branding, design and advertising industry. “Blue-chip businesses are not spending . . . the first thing that gets cut is the marketing budget.”

He said he was getting “a lot of those worried calls” from senior members of staff who had already been let go, or were expecting the axe to fall.

“Senior creatives, board members, strategic planners — it’s across the board. Everyone you can think of is contacting me,” he said. “If you’ve rent to pay or a mortgage, you’re worried.”

This article has been amended since publication to remove Norton Rose Fulbright from the list of law firms that have laid staff off in recent months. The firm made 5 redundancies before the pandemic hit.

Explore the series
READ MORECoronavirus: free to read
Why China’s economic recovery from coronavirus is widening the wealth gap 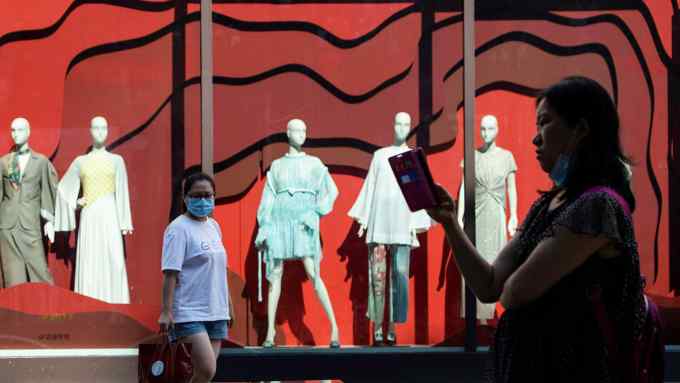