Investors brace for ‘major shift’ as momentum and value collide

The strength of the recent rally in cheap stocks could trigger a rare shift in equity market dynamics that some investors expect will fuel the gains of financial and energy companies.

For much of the past decade, so-called momentum stocks have been on fire, layering gains upon gains. Meanwhile, unloved “value” stocks have limped behind, frustrating a generation of fund managers who made their reputation eking out equity market bargains.

Since November’s coronavirus vaccine breakthroughs, however, value stocks have benefited from their high sensitivity to economic cycles. Now, they are climbing fast and consistently enough to start classifying as momentum stocks as well. It is an uncommon union of two normally conflicting market “factors” that could send billions of dollars that typically chase trends towards once-shunned value shares.

“There’s going to be a major shift in what will fall into the momentum basket,” said Andrew Slimmon, senior portfolio manager at Morgan Stanley Investment Management. “The value sector has outperformed the growth sector since last summer, and there is going to be a major rebalancing in these funds from tech and healthcare to financials, energy, materials and industrials.”

Although equities have historically been divided into distinct, static sectors — such as utilities or technology — investors are increasingly sorting the stock market by more dynamic financial characteristics known as factors.

Unlike sectors, factors can and often do overlap, and companies can drop in and out of different baskets. However, momentum and value are often seen as nemeses, with one usually doing badly if the other is on the upswing. After all, if a value stock climbs for long enough, it is no longer cheap enough to qualify as one.

Yet the superlative performance of many long-shunned areas that dominate the value stock universe has fed expectations that they will also be categorised as momentum stocks when weightings get periodically reshuffled. A value-momentum convergence is the “holy grail” of quantitative investing, according to Bernstein strategist Inigo Fraser-Jenkins — something so rare that it is intriguing many investors in the field.

Using index provider MSCI’s widely followed definitions, momentum has dramatically outpaced the broader US stock market over the past decade, while value has lagged behind. By one measure, value stocks have suffered their worst run in two centuries.

However, the growing prospect of a global post-pandemic economic boom has helped value thump both momentum and the broader stock market since November. BlackRock’s $14bn iShares MSCI USA Value Factor ETF has soared almost 40 per cent since the start of November 2020, widely beating the 23 per cent gain for its momentum counterpart.

Yin Luo, vice chair and head of quantitative strategy at Wolfe Research, estimates that value and momentum have been correlated with each other only briefly three times over the past three decades, but will come together again by summertime.

Currently, tech high-flyers such as Tesla, Microsoft and Apple dominate momentum strategies such as the one followed by BlackRock momentum ETF. Less glamorous technology names such as Intel, IBM and Cisco sit atop the asset manager’s value factor fund, with financial and energy companies also taking on a bigger weighting.

Given how deeply many value shares have underperformed the market in recent years, analysts say the value-momentum convergence could last for longer than the brief periods it has in the past.

“We are potentially on the cusp of a new macro regime,” Quant Insight, a research company that tracks the shifting correlations between various market factors, said in a recent report.

“Given the huge amount of capital following [factor] strategies, such a rebalancing has the potential to add significant further impetus to the rotation trade,” Quant Insight said, referring to the move away from stocks that prospered during the pandemic to ones more sensitive to economic fluctuations.

More fuel for the value stock renaissance would also be a welcome fillip for the dwindling tribe of traditional value-oriented hedge funds — many of which have been hurt badly by the style’s dismal past decade — and those tactically positioned for the rebound.

Sydney-based Platinum Asset Management, Lee Ainslie’s Maverick Capital and London-based Lansdowne Partners are among funds already benefiting from the market rotation from once-hot “growth stocks” to value stocks. Some believe that the duration and depth of value stocks’ wretched run means there is left plenty of room for the recent rally to continue.

“We’re at one of the most extreme positionings in markets in terms of value versus growth,” said Platinum co-founder Andrew Clifford, who believes such stocks could do well over the coming years. The recent rally, “while impressive, is quite small in the context of previous underperformance”.

Get alerts on Asset allocation when a new story is published 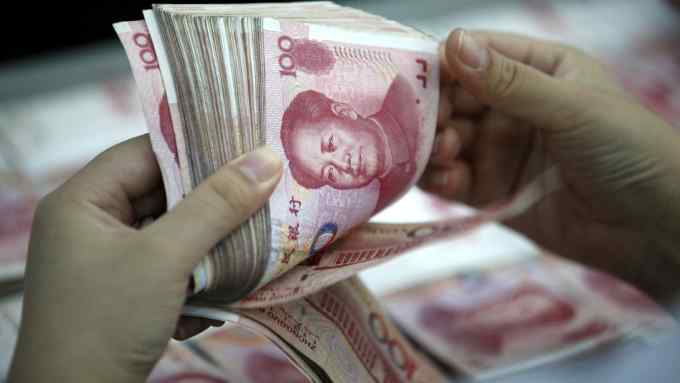