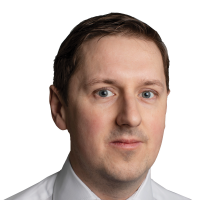 In 2021 he was part of an FT team that won a Loeb award in the Breaking News category for coverage of the collapse of Wirecard. In 2022 he won awards from the CFA Society of the UK and from Headlinemoney for his work with Tommy Stubbington on sovereign bonds and human rights.

He joined the FT in 2018, and previously worked at The Wall Street Journal, Reuters, Citywire and Bloomberg.