A surge of interest in leveraged and inverse exchange traded products could be luring inexperienced investors into gambling with all its attendant risks, experts warn.

Globally, leveraged and inverse ETPs saw net inflows of $20.6bn in the seven months to the end of July, according to data from ETFGI, a consultancy, compared to net outflows of $3.4bn in the same period last year and $4.1bn during the whole of 2019. This took their assets to a record $89.7bn.

“It’s almost certain that you have got a number of people using these products who don’t know, effectively, what they are doing,” said Kenneth Lamont, research analyst for passive strategies at Morningstar. “They are the equivalent of spread betting rather than a legitimate long-term investment. They are gambling tools rather than trading tools. The pay-off strategies of these products can be very strange.”

The long-term returns of two ProShares ETPs can illustrate the dangers.

ProShares’ Ultrashort Brazil Capped ETP has been the single worst performing vehicle out of 512 emerging market equity ETPs over the past three years, losing 69.3 per cent, according to data from TrackInsight.

It is best to avoid these funds altogether. They are only designed for a one-day holding period, and making a bet over that horizon is no different than going to a casino

The product, known by its stock ticker BZQ, takes a leveraged (two times) inverse exposure to the Latin American country’s stock market, which means it makes a gain on any day the market falls and falls on a day it rises. Some might therefore assume the opposite investment strategy, taking a two times leveraged long exposure to the same index would have been more successful.

However, US-based ProShares’ UBR ETP is ranked only one place better than the ETP provider’s first offering and its three-year return of minus 68.2 per cent is only marginally better.

This is not to criticise ProShares’ ETPs — they have done exactly what they promised. But it does illustrate the potential longer term dangers of holding such products.

ProShares has had four of the five most popular products this year, with investors ploughing money into vehicles designed to short the S&P 500 and Nasdaq 100 and take leveraged upside to oil prices.

Deborah Fuhr, founder of ETFGI, said there was evidence that some people buying leveraged and inverse ETPs did not fully understand the mechanism underlying them.

“Some people think are going to get twice the return [of the underlying asset by using a two times levered ETP] no matter how long they hold the product for,” she said.

The problem for a long-term holder is the way the products amplify gains and losses.

Leveraged and inverse products reset every day, rather than over longer periods. As a result they offer, for example, twice the return of the underlying asset, but only on that particular day.

If the underlying security rises in value every day, then a long-term leveraged investor with a long exposure makes a healthy profit — as would a leveraged inverse investor if the security falls every day. In reality, though, the vast majority of asset prices rise some days and fall on others.

$20.6bn Net inflows into leveraged and inverse ETPs in the seven months to the end of July this year

Adding leverage to the equation intensifies the impact, particularly when the underlying asset itself is inherently volatile.

“Leverage can hurt performance over the long term because it magnifies volatility, which in turn increases the asymmetry between gains and losses,” said Alex Bryan, an ETF analyst at Morningstar.

“For example, if a fund loses 2 per cent, it must gain 2.04 per cent to break even, but if it loses 10 per cent, it takes an 11.1 per cent return to get back to even. As volatility increases, so does the potential drag on returns.”

$3.4bn Net outflows from leveraged and inverse ETPs in the seven months to the end of July last year

“When markets get choppy, they always lose money,” added Mr Lamont, who noted that three leveraged oil ETPs managed by WisdomTree were delisted in March and April after crude prices were hit by extreme volatility.

Some point out that the providers of leveraged and inverse ETFs, which include Direxion, Lyxor, Samsung AM and VelocityShares, as well as ProShares and WisdomTree, go out of their way to outline the potential risks of their products to would-be investors.

“Most of the websites go into a lot of detail because they don’t want people to be surprised and disappointed by their products,” said Ms Fuhr, who argued that investors needed to do their “homework”.

Michael Sapir, chief executive of ProShares, said anyone who was considering investing in leveraged and inverse funds, “as with any investment, should understand the funds and their performance characteristics or they should not invest in them.

“Our funds have single day objectives and they have an excellent record of performing as they are designed to perform. Portfolio turnover data suggest investors are using them in an active way rather than a buy-and-hold way.”

Mr Sapir argued that anyone who conducted “a minimal amount of due diligence on these products would quickly see information that would lead them to understand the long-term performance”.

Given how poorly most leveraged and inverse ETPs trade over the longer term, Mr Lamont said there had been rumours that some hedge funds were systematically shorting them. But Mr Bryan said it was “probably not feasible” to implement such a strategy, given the inherent transaction costs, including the cost of borrowing the shares in order to sell them short.

“It is best to avoid these funds altogether. They are only designed for a one-day holding period, and making a bet over that horizon is no different than going to a casino,” Mr Bryan said. 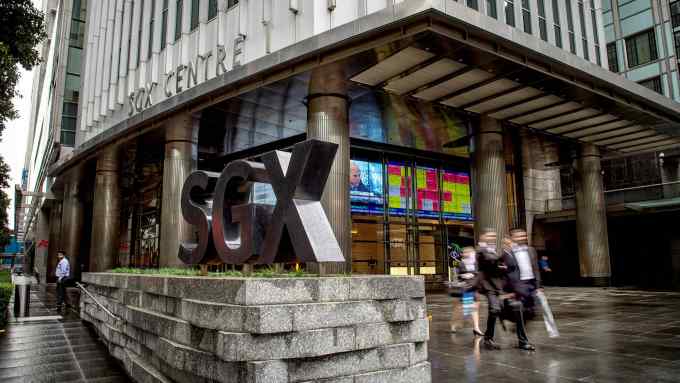