Hong Kong’s CSOP Asset Management is aiming to capitalise on a huge surge of foreign investment into China, despite US-China tensions, with the launch of a Chinese government bond exchange traded fund.

FTSE Russell is due to announce next week whether or not to include China in its influential World Government Bond Index.

If, as most expect, it does so, this will trigger fresh inflows into China’s capital markets, even as political tensions between Beijing and Washington continue to grow.

The ICBC CSOP FTSE Chinese Government Bond Index ETF, which starts trading on the Singapore market on Monday, is widely expected to be the world’s largest China government bond ETF.

CSOP and its Chinese partner ICBC Asset Management have already raised $676m for the fund, an unusually large amount for an ETF launch, and said “in anticipation of the upcoming announcement from FTSE Russell . . . it is deemed good timing for investors to tap into the China onshore bonds market”.

Some might be surprised by the timing of FTSE Russell’s anticipated announcement. In May, the US Senate passed legislation that could force Chinese companies to delist from Wall Street, while last month the State Department warned US colleges they should divest from Chinese stocks, even those held passively.

“This is a strategic rivalry that will lead to further de-coupling for the world’s two largest economies, raising hurdles to trade and investment.”

Nevertheless most expect FTSE Russell to give the green light for Beijing’s inclusion in the WGBI at its semi-annual review on September 24.

This would bring the index into line with its two main rivals, the JPMorgan Government Bond Index-Emerging Markets, which started including Chinese sovereign debt in February, and the Bloomberg Barclays Global Aggregate Index. China is due to be 100 per cent weighted in the latter for the first time on November 1, following a 20-month window in which its weight has been raised in stages.

Foreign ownership of Chinese government bonds has risen sharply in recent years, almost quadrupling to more than $400bn since 2015, according to CSOP.

Yet overseas investors still owned just 3.4 per cent of the country’s local currency sovereign bond market as of March, according to data from the Institute of International Finance, ahead of the 2.6 per cent for India but well below the 20 per cent-plus figures seen for other major emerging economies such as Indonesia, Malaysia, Colombia, Mexico, Russia, Poland and South Africa.

Min Dai, a strategist at Morgan Stanley, said that WGBI inclusion would drive a further $60bn-$90bn of inflows as funds benchmarked to the index started buying, with China likely to account for 5.7 per cent of the WGBI, ahead of the UK and behind just the US, Japan, France, Italy and Germany.

He said there was a 60-70 per cent chance of inclusion this month as Beijing had gone some way to assuaging concerns around secondary market liquidity, flexibility of foreign exchange execution and the settlement of transactions, which had held FTSE Russell back from admitting China.

“Whether FTSE WGBI will include China is a question of when, not if, in our view,” said Mr Dai, who believed it was understandable FTSE was the last major index group to admit what is, at $15tn, the world’s second-largest bond market.

“WGBI is mainly used by Japanese investors, who are more conservative and invest in the bond market via passive managers. Hence, liquidity and market accessibility are important factors for index inclusion,” he added.

Mr Dai’s forecasts for flows is based on his estimate that the WGBI is tracked by $1tn-$1.5tn of assets. Yet some estimates are far higher.

Mr Goh said a green light from FTSE Russell could unleash $140bn of additional inflows, with investors attracted by 10-year government bond yields of 3.12 per cent, compared to the 0.67 per cent of dollar-denominated 10-year US Treasuries, even if the cost of hedging the currency risk would partially erode the yield pick-up.

Overall, Morgan Stanley anticipates $3tn of portfolio inflows into China over the coming decade as investors continue to lap up the country’s mainland A-shares, which are also now embedded in the major emerging market equity indices, as well as government and corporate bonds.

Yet Aberdeen Standard’s Mr Goh said he did not expect any real lessening of the political tensions between Washington and Beijing, even if Donald Trump was to lose November’s US presidential election.

“Ahead of one of the most contentious US presidential elections in living memory, the need for a tougher stance on China seems to be the only issue that Democrats and Republicans agree on,” he said. 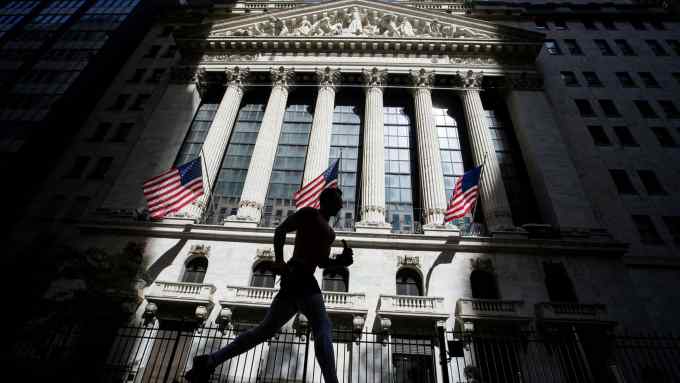