A stand of cottonwood trees in the Mississippi Valley may seem an unlikely investment for a global tech company. But for Microsoft, planting forests and restoring land are a vital part of its climate goal: to mop up all the carbon dioxide it has produced since its founding in 1975.

A growing number of projects such as Microsoft’s are springing up across the world. As more companies and governments set themselves tough climate targets, they are planting trees at an unprecedented scale, along with other nature-based measures such as restoring soils and regenerating coastal mangroves.

However, cutting emissions alone is no longer seen as sufficient to help the planet stay below 1.5C of warming — the preferred target of the UN’s 2015 Paris climate accord.

Carbon dioxide must also be pulled out of the air, and using nature’s own resources — such as trees and soil — is among the cheapest ways to do this.

I call nature-based activities the Cinderella of climate mitigation

Plants and soil absorb about 30 per cent of human-caused emissions, but they could soak up more if forests and wetlands were restored. Planting an additional 900m hectares of forests, for example, could absorb enough carbon dioxide to negate the past 20 years of human emissions, according to a scientific paper published last year.

This would be the equivalent of a 25 per cent increase in the world’s current forestland.

As a result, companies are spending more on projects that absorb carbon dioxide from the atmosphere — so called “negative emissions” — to compensate for the emissions they produce.

“I call nature-based activities the Cinderella of climate mitigation, because we haven’t paid as much attention to them,” says Christiana Figueres, who was the head of UN Framework Convention on Climate Change from 2010 to 2016 and a key architect of the Paris accord.

“For many years, we have only been focusing on the energy side . . . but there is no amount of renewable energy that is actually going to get us out of this hole,” she says.

The trend has meant that some of the world’s biggest emitters have become unlikely forestry champions. Italian oil company Eni, for example, says it will plant or restore an area of forest the size of Wales in order to meet its climate goals by 2050. Eni expect its forestry projects to be absorbing about 10m tonnes of carbon dioxide a year by 2025.

Meanwhile Microsoft has pledged to remove 1m tonnes of carbon from the environment during the current fiscal year, and is calling from proposals from outside parties for various removal projects.

“Nature-based solutions is a growing area,” says Margaret Kim, chief executive at Gold Standard. The Geneva-based non-profit, which sets standards for carbon offsets, is planning to scale up its portfolio of nature-based projects due to growing demand.

However, Ms Kim notes that such projects can be perceived as “a way for the guilty to pay for absolution, rather than changing their behaviour. To an extent some corporates are still taking that approach.”

Recent improvements in technology — particularly satellite imagery — have made verification of projects easier. However, it is important for companies to cut their emissions as much as possible before they purchase offsets, Ms Kim adds.

“Everybody wants to go carbon neutral now, it is all the rage,” says Mike Berners-Lee, a carbon footprint specialist and professor at Lancaster University. While that has driven more spending on negative emissions projects, there is also a risk.

“If they are going to have a ‘net zero’ target, you have to split that very clearly out into two targets,” he says. “The first is to do everything you reasonably can to cut your emissions. Second, you can do great stuff to remove carbon from the atmosphere. But what you shouldn’t do is trade one against the other.”

We do need a carbon market, and we need to have it with integrity, and with impact

While the Paris accord pledged to create rules for a global carbon market, the 189 signatory countries have failed to agree on what those rules should be. Unless a deal is struck at the Glasgow climate talks next year, the global market might not happen.

“The bottleneck here is going to be the business model for this,” says Ms Figueres. Without a price on the benefits of a nature-based project — such as planting a forest or restoring a wetland — funding can be a challenge.

“We do need a carbon market, and we need to have it with integrity, and with impact,” she adds.

While nature-based conservation projects such as tree planting are on the rise, some still caution that they should not be considered in isolation.

“Tree planting has a lot of potential benefits . . . but it is not a silver bullet solution,” says Karen Holl, a professor of environmental studies at the University of California, Santa Cruz.

Deforestation is commonplace, and halting it would also have a big climate impact, she says. “We cannot plant our way out of climate change. It is not a solution on its own.”

Leslie Hook is the FT’s environment and clean energy correspondent. 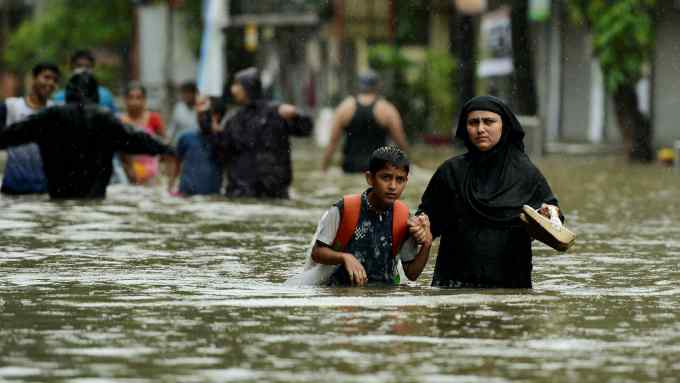