As global awareness of the importance of marine ecosystems grows, efforts are under way to protect, restore and nurture the reefs and mangroves that protect coastlines.

These initiatives are becoming increasingly sophisticated, both in the technology they deploy and in their understanding of how living systems interact with human interventions.

One such project is a Philippines-based scheme to rejuvenate a reef devastated by dynamite fishing. Based on Pangatalan Island, just off the western province of Palawan, a team of researchers — led by the Sulubaaï foundation, a local non-profit group, in partnership with chipmaker Intel and consultancy Accenture — is using artificial intelligence to monitor progress as it installs structures intended to attract marine life.

Coral and fish exist symbiotically: coral provide food and habitats for fish, while the fish eat potentially harmful algae and otherwise help the coral to thrive. To know whether the structures — concrete armatures, to which living coral are attached — are jump-starting this process requires analysis of how thousands of fish are interacting with them.

“Previously, you would have to put human divers in, counting and cataloguing the fish,” says Patrick Dorsey, vice-president of Intel’s data platforms unit. “This is time-consuming. It’s hard to get an accurate count and it is not that effective for giving an indication of how fish are migrating and how they are supporting the rebuild effort.”

Human divers are also likely to interfere with fish movements by scaring them.

By adding AI capabilities to underwater cameras, the team has gathered and processed 40,000 images of fish and marine species to identify and monitor their interactions with the reef. “We can see how fish are reacting to the man-made structure,” Mr Dorsey says. “Is it prohibiting them? Are they moving in directions where they need to?”

The researchers can adjust the positioning of the artificial reef to improve the migration patterns. The system itself is evolving, with plans to integrate infrared cameras to improve visibility and afford more accurate categorisation at night, says Mr Dorsey.

As the Pangatalan project shows, man-made structures need not be inimical to marine life. A recent study of the North Sea found that structures such as ship wrecks, wind turbines, cables and offshore oil and gas rigs increase the seasonal abundance of fish including cod, plaice and thornback ray.

When barnacles, mussels and algae settle on offshore installations, they produce larvae and spores that are spread by currents. This attracts fish, which congregate and breed, in turn bringing apex predators such as whales and dolphins.

“That is the kind of ecosystem we see in platforms that have been in situ for long periods,” says Victoria Todd, managing director of UK-based Ocean Science Consulting, which assists businesses carrying out work at sea. Offshore wind farms and oil rigs can even provide sanctuaries, as fishing is prohibited in their vicinity.

This will complicate matters for the oil and gas industry in the coming decades, when it will have to take down many offshore rigs. Decommissioning could itself generate pollution and disturb flourishing ecosystems.

A “rigs-to-reefs” practice, which converts platforms into artificial reefs, has emerged in the US, Brunei and Malaysia and could be relevant to the North Sea, where substantial decommissioning is on the horizon. The UK oil and gas industry has secured £5m for a research effort to understand the influence of human structures on ecosystems in the North Sea.

As oil installations come down, new green energy infrastructure, such as offshore wind farms, goes up. While this will ultimately benefit the global climate, marine scientists worry about the local consequences. Some species of sharks and rays, for instance, use electromagnetic fields to search for food, but this is disturbed by the electricity generated by wind installations.

Nathan Merchant, principal scientist for noise and bioacoustics at the Centre for Environment, Fisheries and Aquaculture Science (Cefas), a UK government agency, says there is evidence that pile-driving, used to fix structures to the seabed, can scare marine mammals away from their usual territories, and may cause hearing damage or interfere with behaviours such as foraging.

The good news, says Mr Merchant, is that there are technologies and construction techniques that can mitigate these effects. These include bubble curtains, which pump air into the water around a seabed installation to scatter and absorb noise. Policies can also help, with Germany among the leaders in issuing regulations to tackle noise related to offshore wind.

“The coming decade is forecast to bring a great increase in offshore wind to make human life more sustainable,” Mr Merchant says. “This also means companies doing that work in a sustainable way.”

Explore the Special Report
READ MORE
To save the planet, ask the locals 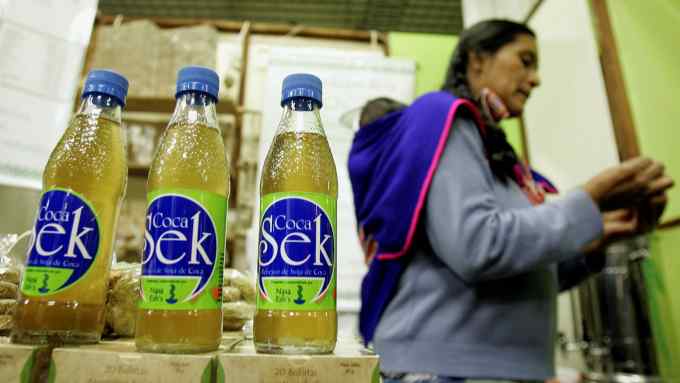