We’ll send you a myFT Daily Digest email rounding up the latest Bahrain news every morning.

In Formula One, winning is everything. For the teams and drivers it is the main objective of the exercise, but for the newer circuits, too, there is a kudos attached to being first over the line.

This is true of the Bahrain International Circuit, which held its 14th Grand Prix on April 8 this year. Bahrain was the first Middle East nation to host the event, opening its doors in 2004, five years before the more palatial Yas Marina Circuit in Abu Dhabi.

Bahrain’s circuit — which took $150m and 18 months to build — is smaller and more modest than Abu Dhabi’s, but has a better layout for racing. Spectacular overtaking can be seen as cars brake hard into turn one, where drivers experience 6G of deceleration — the highest of the season. The track is producing wins for the local economy, too.

The decision to host the Grand Prix appears to have served the country well. According to an internal report by Ernst & Young on the 2015 event, its economic impact was a gain of $95m for the kingdom, twice the cost of the annual hosting fee paid to F1.

The Bahrain International Circuit employs 146 permanent staff — 80 per cent of whom are Bahraini — and there are about 950 additional jobs created locally during the F1 period. Such outcomes contribute to a central aim of introducing the event here: to help diversify the economy away from oil.

The high profile that comes with hosting a tier-one sporting event put Bahrain’s troubles on the world stage in 2011, however. The kingdom’s struggle to contain problems that were part of the Arab spring uprisings that year led the circuit to cancel the event.

“I think everybody knew that it was the right decision [to cancel] — we basically said ‘we have to fix this and it’s not the time to do a race’,” says Sheikh Salman bin Isa al-Khalifa, chief executive of the BIC and a member of the Bahraini royal family. The race returned the following year.

In contrast with peers such as Italy’s Monza or Britain’s Silverstone, Bahrain’s 45,000-seater track is lauded for having been purpose-built and for how quickly the nation has adapted to F1 culture. Few adaptations to facilities have been needed despite the burgeoning requirements of the visiting F1 teams.

“It wasn’t the intention to say ‘look at us’. We’re not the type of people to bang our chests and say, ‘we did this’ and all that. We are humble about entering a sport that has a lot of heritage and history,” says Sheikh Salman.

Toto Wolff, chief executive of the Mercedes AMG Petronas F1 team, believes the Bahrain circuit has cemented its place among competitors. “Bahrain has become a traditional racetrack for me, like Monza or Spa [which hosts the Belgium Grand Prix],” he says.

“The track is challenging, it has a good design and layout for overtaking. So there is nothing missing in Bahrain and it has become a place we enjoy [going to].”

For some visiting F1 fans, however, Bahrain lacks the added big attractions of Abu Dhabi, which has the Ferrari World and Warner Bros theme parks and a Louvre museum. Bahrain’s offerings include the National Museum, the Al Fateh Grand Mosque, and the Bab Al Bahrain, the entrance to Manama’s famous market, or souk.

As well as exposing the country to a global audience of more than 300m viewers, the Grand Prix gives Bahrain an association with big F1 racing brands such as Mercedes and Ferrari.

Apart from these marketing benefits, F1 has boosted local business. Bell, one of the larger helmet manufacturers, for example, has opened a factory close to the BIC. 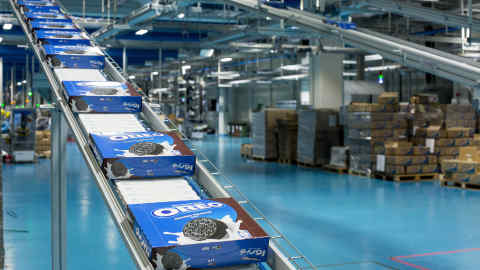 Beyond F1, the BIC holds around 400 events a year. These include experience days where people can get a taste of driving a high-powered car on the track, motorcycle championships, triathlons, and private events. It also hosts the IGN Convention, a gaming event.

Next year’s Bahrain Grand Prix will be the second of the motor racing season’s 21 events — and will also mark the 999th F1 Grand Prix to have taken place. F1’s owner, Liberty Media, is looking to expand the calendar to 23 races a season, with a focus on cities — Hanoi, Miami and Copenhagen have all been touted as possible future hosts.

As first mover in its region, Bahrain will be eager to retain its place as — to borrow the circuit’s slogan — “the home of motorsport in the Middle East”. 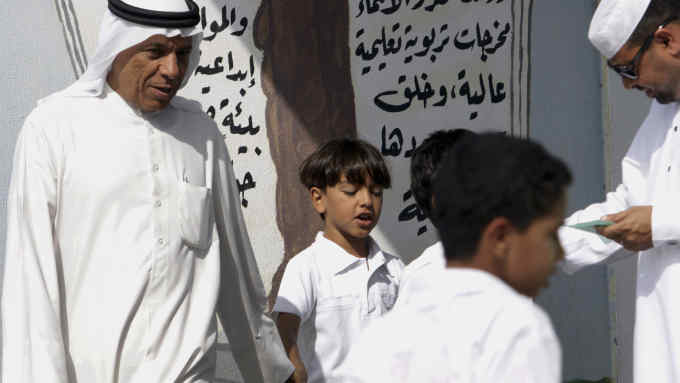