When Mondelez, the US food company, opened a new $90m plant in Bahrain to produce brands including Oreo cookies, Bahrain officials were quick to tout the investment as a sign of the kingdom’s attractiveness to foreign investors.

Mondelez’s plant, built on a swath of land reclaimed from the sea in the Bahrain International Investment Park, fits the bill. It opened in April, employs 150 people, a third of whom are Bahrainis, and uses the kingdom’s main industrial hub to export across the Middle East and Africa.

There have been other recent successes in the nation’s attempt to lure foreign companies to its shores. Amazon has chosen Bahrain to launch its first data hubs in the region, while Italian group Ariston has set up a plant to produce water heaters in a prefabricated unit at the BIIP as it tests the local market. Officials cite them as signs that after a tough seven years, during which the kingdom has been hit by low oil prices and blighted by political unrest, Bahrain is making headway in its campaign to market itself as regional hub.

Political issues in the region will have a certain impact, but it’s motivating when you see good companies coming again to Bahrain

Foreign direct investment in Bahrain, which had averaged $1.6bn a year from 2005 to 2007, the years running up to the financial crash, slumped to $65m in 2015, according to UN trade figures. But it has since rebounded and Bahrain’s Economic Development Board says it received pledged investments of $810m in the first eight months of this year.

Khalid Al-Rumaihi, chief executive of the EDB, says that three years ago he noticed at a meeting with German investors that “Bahrain was not on the consideration list” when it came to investing in the region.

The challenge for the EDB, the main state vehicle charged with attracting investment, has been to convince investors of Bahrain’s competitive advantages at a time of increasing competition in the region as the kingdom’s wealthier and larger neighbours — Saudi Arabia, the United Arab Emirates and Qatar — all look to expand their own financial and trade hubs.

Mr Rumaihi points to the small kingdom’s well-educated workforce, a solid regulatory environment and cheap operational costs as being among Bahrain’s selling points. The authorities also allow companies to be 100 per cent foreign-owned in most sectors and charges no income or corporate tax.

For years, the kingdom has also been able to leverage its proximity to Saudi Arabia — the Arab world’s biggest economy, which is linked to Bahrain by a 25km causeway — to attract investment. But now Riyadh is pursuing its own ambitious plans to modernise and diversify its oil-dependent economy, there are questions about whether Bahrain’s claim to be the gateway to Saudi Arabia will be diminished.

“A lot of Saudi business activity is expected to be conducted from Saudi Arabia and companies are finding it increasingly worth their while to operate on the ground, but there’s still a lot of traffic that flows through the causeway,” says a senior banker.

“The question is how to sustain that and at the same time continue the position of Bahrain as a gateway to Saudi Arabia — can it be maintained or enhanced by way of logistics?”

Saudi Arabia’s plans are “good news for the region and good news for Bahrain”, Mr Rumaihi insists. “We’re very close to that market politically and geographically and I think whatever happens is going to benefit the entire region,” he says. 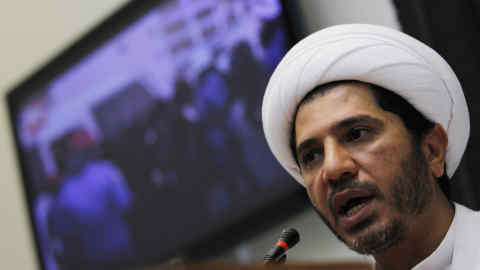 In its bid to remain competitive, the EDB is focusing on five sectors, including financial services — the second-largest contributor to gross domestic product after oil — information and communications technology, fintech, light manufacturing and tourism. Manufacturing accounted for 14 per cent of the kingdom’s output last year.

Much of the kingdom’s industry is focused in the BIIP, host to 112 companies, ranging from chocolate factories to pharmaceutical plants. About 80 are foreign owned and use Bahrain to export to the region. About 4,600 people are employed in the park, about 20 per cent of whom are Bahrainis.

“It was challenging but when we look at the figures for last year and this year, it’s more stable. It means it’s time to go again getting more investments into Bahrain,” says Bader al-Saad, director of BIIP’s industrial areas. “Definitely, the political issues happening in the region will have a certain impact, but it’s motivating when you see good companies coming again to Bahrain.”

The Amazon data centres are due to open in the first half of next year. Teresa Carlson, vice-president, worldwide public sector at Amazon Web Services, says the US tech giant chose the kingdom because the authorities were more “agile” in meeting the company’s needs.

“Over time, we think the economic benefit is going to be significant for Bahrain because we tend to drive hundreds, thousands, of jobs,” she says. 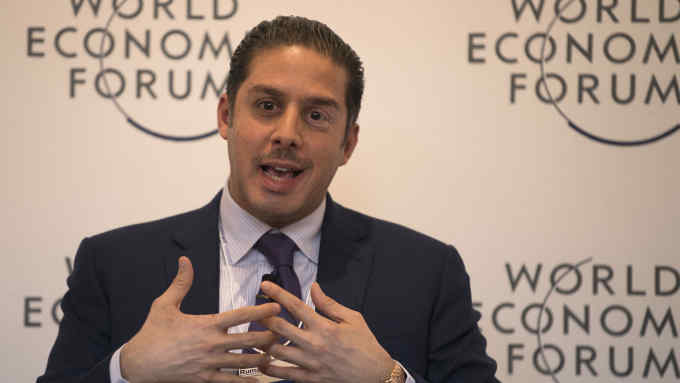