Today we should not be asking whether the EU should be preserved or will disintegrate, but rather what kind of EU we want. The Brexit negotiations demonstrate how difficult it is even to imagine going back to the closed economies of the past century. Yet the result of the UK’s referendum on membership of the EU did signal one thing: legitimate fear of unemployment and precarious employment should not be taken lightly. Could it be that the divergent tax systems within the bloc played a role in the outcome?

Last year the European Commission proposed a “pillar of social rights” as a way to tackle the problem of “social dumping” between member states. If the condition of Europe as an engine of social progress is a united EU, then the suggested 20 principles omit an issue that would ensure true unity: tax integration.

In recent decades, member states have been embroiled in a fierce competition for foreign direct investment, undermining the notion of solidarity

The problems caused by divergent tax systems occur not only between states but also within them. There are three main tax areas where EU leaders need to make a bold step forward if they want to restore waning enthusiasm for the EU among their populations and fight growing protectionist movements.

First, existing offshore zones within the EU must be closed. There can be no serious talk about unity, solidarity and European values while the rich are helped to avoid tax.

A second step should be to put an end to the flat corporate and personal income tax rates implemented in almost all eastern European states. In Bulgaria, the income and corporate tax rates are both 10 per cent (the lowest in the EU until Hungary lowered its corporate tax rate from 19 per cent to just 9 per cent at the beginning of 2017).

The idea behind these decisions was to attract FDI. It did not happen. Inward investment rates in Bulgaria plummeted after the financial crisis and have failed to recover to levels comparable to countries with higher tax rates. In the Czech Republic, for example, the standard corporate tax rate is 19 per cent; incomes are taxed at a flat rate of 15 per cent.

Since revenues had to come from somewhere, the only viable “solution” seemed to be to place the burden on consumers. In all eastern European member states, the share of indirect taxes in the total budget is exorbitant. Croatia receives 49.4 per cent of its revenues from VAT and excise tax, while the EU average is only 28 per cent. In mature economies such as France, it is as low as 23.9 per cent.

A final step would be to deal with tax divergence within the states themselves. Under current EU rules, regions with gross domestic product per capita lower than 75 per cent of the EU average are allowed to give tax exemptions to inward investors.

Now it is certainly necessary to have some kind of affirmative action for deprived areas. However, the effect of such schemes tends to be to create precarious jobs with low salaries and scant social protection.

The idea of imposing a common consolidated corporate tax has been circulating in European capitals over the years, with the most fervent opponents being Ireland and the UK. Now that the latter has opted for Brexit, the opportunity now exists to push on with these necessary changes and finally take full advantage of the common market.

With extremist and populist movements on the rise, the time is ripe for more assertive action to spread prosperity to all the EU’s citizens.

Rositsa Kratunkova holds a Masters in Law from the Plovdiv university and is currently pursuing a masters in European Affairs at Sciences Po in Paris. Meet all the winners of the Future of Europe Project here

Land value tax ought to please (nearly) everyone / From Nicholas D Rosen, Arlington, VA, US 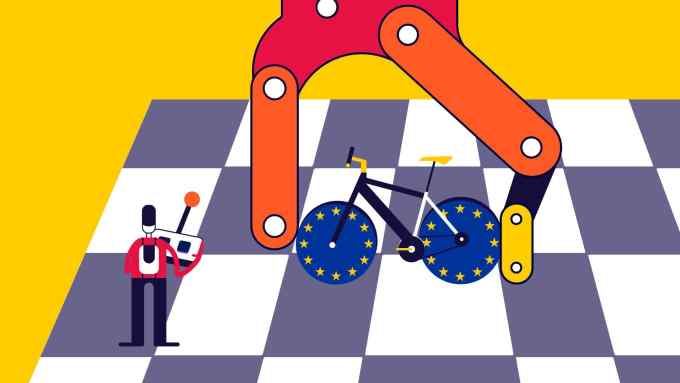