The internet of things is reshaping product design, manufacturing and distribution

The increasing interconnection of devices and vast flows of data between machines are transforming factory floors around the world.

From robots that work alongside humans to tracking components throughout the logistics system, the internet of things (IoT) is reshaping the way products are designed and made — and changing the role of humans in manufacturing.

Unlike traditional industrial robots hidden behind cages, like those that weld car bodies, collaborative robots — or cobots — work alongside humans and have been spreading across production lines.

They are typically smaller, flexible and mobile, as well as being cheaper than their heavy-duty cousins. They are also slower, but cobots are highly adaptable and can be assigned to different tasks.

“[Cobots] can learn by imitation. They tend to have cameras with vision recognition software. You can move the hand of the robot, you do a task and after a few minutes the robot is programmed,” says Jonathan Cohen, portfolio manager of the $90m RoboCap UCITS Fund. This compares with 50 to 200 hours to program larger industrial robots, he adds.

One of the biggest cobot manufacturers is Universal Robots of Denmark, which was acquired for $285m in 2015 by Teradyne, a US supplier of automation equipment. Uses of its machines include putting confectionery in boxes, polishing objects and screwdriving.

While many fear that robots will steal people’s jobs, proponents say cobots can improve health and safety conditions for humans by performing repetitive tasks that require uncomfortable movements such as twisting or lifting heavy objects.

This is also known as 3D printing, because it involves building objects layer by layer out of substrates such as polymer or metal. Complex patterns based on digital designs that may not be possible with traditional manufacturing techniques can be made with less material and fewer process steps.

Additive manufacturing has existed for more than three decades but has been limited by its expense and slowness. However, more real-world applications are emerging.

“It’s certainly starting to grow,” says Tim Lawrence, global head of manufacturing at PA Consulting. “One of the areas it’s being used for is tooling and jigs and fixtures. That’s saving [companies] a lot of time from going to a tool shop to get them made.”

Prototyping has long been a popular application, as 3D printing enables rapid iterations of a design. Yet it is also becoming part of tool kits for final production.

The global market in products and services for additive manufacturing increased 17.4 per cent to $6.1bn in 2016, according to Wohlers Associates, the consultancy. About 60 per cent of that spending was linked to production applications, up from about half the year before.

Additive manufacturing is even being applied in space, to produce spare parts and tools, while trials are under way in “bioprinting” artificial human tissue and organs from stem cells in low gravity.

This expression refers to a virtual model of a process, product or service and is sometimes described as a bridge between the physical and digital world. Data from sensors are streamed from physical equipment to the virtual representation to create a continuous loop.

“In the past, you would have built a prototype of a car body, and crashed it and deformed it, put it under stress, in order to find out whether your design met specifications,” explains Jan Mrosik, chief executive of German engineering group Siemens’ digital factory division.

“With the digital twin we take this CAD [computer-aided design] data and simulate crash properties and deformation — everything around the mechanical part of this product.”

This can make the design process quicker and less expensive, by reducing the number of physical prototypes needed and rooting out flaws or design inefficiencies.

The concept of a digital twin extends to factory floors, to enable simulation of machinery before anything is built. In the past, production lines had to be switched off to prepare for a new product being made, so downtime can be avoided.

Data from real-world finished products and manufacturing plants can be fed into the digital twins in order to tweak designs and improve performance.

There are, however, limitations to widespread adoption, say industry analysts. While digital twins are attractive for the design of mass-manufactured and expensive products, it can be harder to scale the technology for manufacturing facilities, because of their different configurations and use of equipment from different suppliers.

The ability to trace items sent by suppliers from truck to ship, train to warehouse and eventually production line is becoming more sophisticated as the cost of hardware falls and computing power rises.

Connected freight and logistics systems used to track at the ship or truck level, but sensors can now be placed on individual pallets of goods. Separate sensors inside transport vehicles and the final destination factory detect the movement of goods.

Data from these sensors are collated and crunched by computers, revealing the location of a shipment, as well as other factors during transit that affect the goods.

“Maybe it’s temperature sensitivity, humidity, vibrations — or maybe [the item] can’t be tipped or tilted,” explains Scott Overson, a general manager in technology company Intel’s industry solutions group. “All of those kinds of parameters can also be measured, reported and analysed.”

Mr Overson cites a group of drivers of refrigerated trucks on heavily congested roads, who turned off their engines while stuck in traffic. This switched off the cooling systems but since the refrigeration was back on by the end of the journey, the temperature fluctuations were not always obvious.

Connected freight systems on the other hand can make automatic corrections or send out messages to operators, while human intervention is also possible. 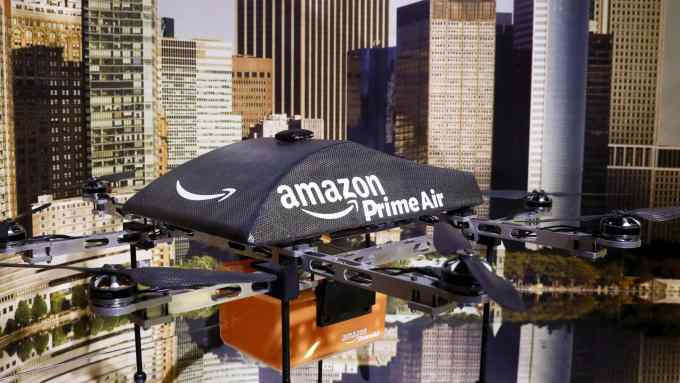