Recent streak of inflows is longest since 2018

Joe Rennison in London and Colby Smith in New York

Make sense of what’s happening in the financial markets and how Wall Street's best minds respond, with our Unhedged bulletin. Delivered every weekday.

Money is pouring back into funds that invest in US leveraged loans for the first time in more than two years, as investors begin to position themselves for stronger economic growth and higher inflation.

Mutual funds and exchange traded funds that buy US loans took in $509m for the week ending February 3, extending a five week run of inflows to a total of $3.2bn, according to data from EPFR Global.

It marks the longest run of inflows since October 2018, ending a more than two-year run of consistent outflows from the fund group, and signals that some investors may think interest rates will start to rise sooner than the Federal Reserve is currently indicating.

“We are a floating rate product that floats off short-term interest rates,” said Andrew Sveen, a loan portfolio manager at Eaton Vance. “It is one of the reasons we have been out of favour.”

When short-term interest rates rise, the interest rate on loans rises, making them more attractive relative to bonds that pay a fixed interest rate. The last run of loan fund inflows was broken in the last two months of 2018, with the Fed’s final interest rate rise coming in December, before it began to ease policy in 2019.

Markets broadly have started to pencil in higher growth and inflation, once coronavirus vaccines are more widely disseminated and lockdown measures ease, causing a sell-off in longer-dated Treasury bonds. The US yield curve — which shows the difference between short- and long-term government bond yields — is at its steepest level in more than five years.

The pace of inflows to loan funds accelerated last month following two Senate elections that delivered President Joe Biden the opportunity to push his legislative agenda through Congress. Democrats are pursuing a $1.9tn fiscal stimulus package on top of the $900bn programme passed at the end of last year.

“Investors are positioning for rising rates and historically, leveraged loans have done well in a rising rate environment,” said John McClain, portfolio manager at Diamond Hill Capital Management. However, he warned that expectations for this repricing was “misplaced”.

“I believe the front end of the yield curve will remain near zero,” he added. “Loans are near all-time high’s in terms of dollar price and have already started 2021 off well, leaving far less upside for new investors.”

Steve Columbaro, a loan portfolio manager at Columbia Threadneedle, added that the flood of new money coming into loan mutual funds had started to make the market a little “crowded”, as investors compete to purchase new loans.

Gillian Tett
The US inflation pressure cooker may be steaming 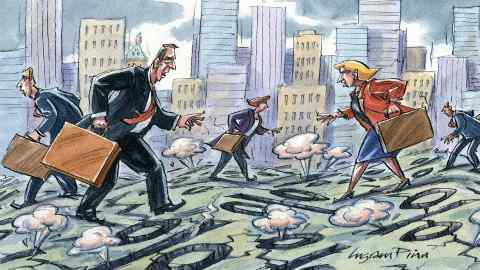 That has proved advantageous to borrowers, however. Some private equity groups have used the favourable environment as a chance to fund acquisitions, loading up already indebted companies with more debt at lower rates.

The average yield on the Loan Syndication and Trading Association’s Leveraged Loan 100 index, which reflects the performance of the largest loans in the market, has fallen to just 3.78 per cent from more than 13 per cent at the peak of March’s pandemic induced sell-off. 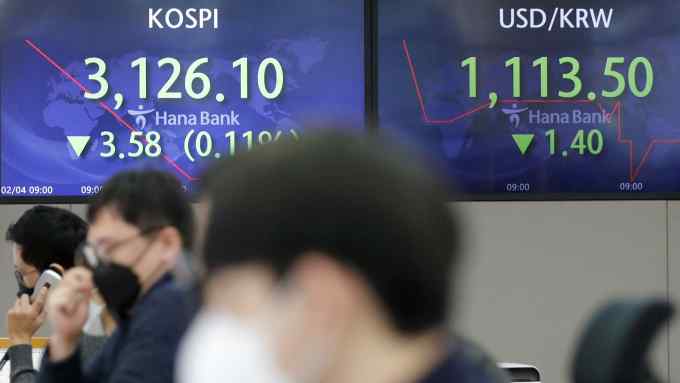