The products reduce risk, but there are calls to ‘bundle’ them with leveraged and inverse ETPs

Risk-reducing buffered ETFs that aim to take some of the danger out of investing in stock markets enjoyed a banner year in 2020 with a surge in the number of launches and assets under management.

However, a push by a grouping of the exchange traded fund industry’s biggest players could potentially derail the fast-growing sector by stripping funds of their designation as ETFs.

Buffered, or defined outcome, ETFs provide investors with a degree of downside protection if the stock market falls. In return, investors give up some of the potential gains, only receiving the return of the underlying index up to a fixed, preset cap if it rises over the contract period.

The most recent monthly edition of the Innovator S&P 500 Power Buffer ETF (PJAN), for example, launched on January 2, protected investors against the first 15 per cent of any loss over the subsequent 12 months, in return for any gains being capped at 9.75 per cent. The cap and protection change every time the ETF resets.

ETF HubLatest news on ETFs
What is a buffered ETF? 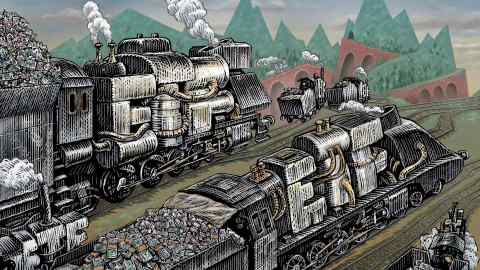 Buffered funds enjoyed a breakthrough year in 2020, with 65 launches (up from the previous record of 19 in 2019) accounting for more than 20 per cent of all ETF debuts in the US, according to data from FactSet.

Early movers such as Innovator ETF, First Trust, Pacer and TrueShares have been joined by an insurance company arm — Allianz Investment Management — for the first time, which has been managing similar strategies in an insurance wrapper for decades.

Total buffered ETF assets have surged from $300m to $5bn in the past 12 months, according to Allianz.

“It’s for the investor who says ‘I want to stay invested in the market but I want some downside buffer in place. Maybe I’m late in my investing cycle. I’m withdrawing money from my retirement account, so I can’t afford a big downdraft’,” said Mr Southard, who with Bruce Bond, chief executive, co-founded PowerShares, which later became Invesco’s ETF arm.

Yet the tried and tested formula of a 60/40 portfolio of equities and bonds has become less attractive as “bond yields are so low, people don’t want 40 per cent of their portfolio in something yielding 1-2 per cent so advisers are having to look for alternatives”, said Mr Southard. Amid record high markets, investors “scared” of a market crash are also potential buyers, he said.

Johan Grahn, vice-president, portfolio management at Allianz IM said it had seen a “tremendous reception to the ETFs”, since the rollout of its initial buffered fund in June heralded the German insurance company’s first-ever foray into ETFs.

“We have many decades of managing these strategies for the insurance side of the business,” said Mr Grahn. “We manage $150bn of risk around the world and a lot of the underlying structures are the same as for the ETFs.

We don’t want to be unfairly put in a category that would create confusion . . . Just because we have options in our portfolios does not mean we have additional risk. In fact we are lower risk

“We are now taking some of that expertise that we have built up over time and building that into an ETF.”

Mr Grahn said defined outcome ETFs were “solving an age-old problem in a very elegant way” in that it allowed a “de-risking of equity exposure”, and their arrival was “a function of the ETF market evolving”.

“The market really earned its spurs in 2020. These strategies held up really well in [the market sell-off] in March. That was a gift to the industry,” said Mr Grahn, whose ETFs have so far attracted $135m of assets.

So far, buffered ETFs are only available in the US.

Mr Southard said Innovator had preliminary discussions about launching products in Europe but, given the bank-dominated distribution model in parts of the continent, had decided to focus on the US.

Thus far, most products are based on US equity indices, although Innovator has three further ETFs linked, respectively, to developed market equities ex-US, emerging markets and US investment grade bonds.

Further growth could be slowed, however, if a grouping of the ETF industry’s most powerful players gets its way.

The asset managers have proposed that buffered ETFs should lose the “ETF” designation, and instead be called exchange traded instruments, a move that could slow their take-up in an investor community that has become familiar with the ETF label.

The consortium of BlackRock, State Street, Vanguard, Charles Schwab, Fidelity Investments and Invesco, which between them control more than 90 per cent of the US ETF market, wrote to US regulators last year calling for “clearer identification and categorisation of exchange traded products”.

Specifically, it argued that “certain ETPs with complex structures and/or certain embedded risks” should be categorised as exchange traded notes (ETNs) commodities (ETCs) or instruments (ETIs) rather than as ETFs.

“Investors need to know with one click what type of instrument they are buying,” said Anna Paglia, global head of ETFs and indexed strategies at Invesco.

“ETFs were created as plain vanilla types of vehicles to get exposure to market returns, but the market has evolved dramatically. Right now we have a variety of instruments that go by the name ETFs.”

However buffered ETF providers are unhappy that, under the proposals, the vehicles would be rebranded as ETIs alongside leveraged and inverse ETFs, which use derivatives to increase risk, rather than reduce it.

Mr Grahn pointed out the products would be harder to market “if you have to put a different label on it and explain it”.

“We don’t want to be unfairly put in a category that would create confusion,” said Mr Southard. “Just because we have options in our portfolios does not mean we have additional risk. In fact we are lower risk.” 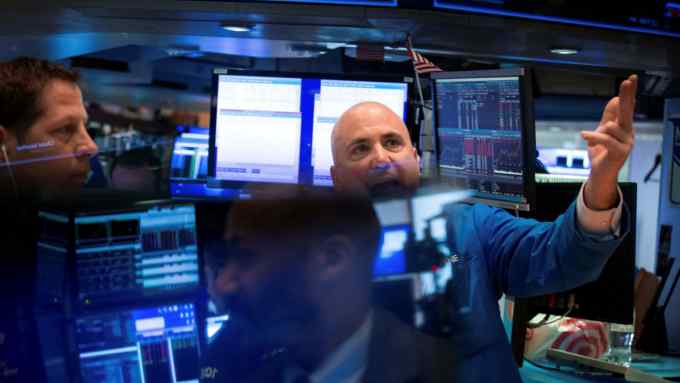