London Business School has topped the European table for the third year running — but continental rivals lead the European schools in the individual rankings used to compile it.

The FT European Business School Ranking 2016 measures the quality and breadth of schools’ postgraduate programmes. It is based on their performance in the five main rankings published by the Financial Times each year: MBA, Executive MBA (EMBA), Masters in Management (MiM) and the two rankings for executive education. Only schools that take part in all five are eligible for a full score.

Methodology and key
Ranking measures the quality and breadth of programmes

In this ranking of 90 European business schools, Insead in France leads the field for full-time and EMBA programmes, while the University of St Gallen in Switzerland is top for MiM. Iese of Spain and IMD of Switzerland were ranked number one for customised and open-enrolment executive education programmes respectively.

London Business School (LBS) performed strongly across all five rankings. All of its programmes are in the European top 10, including its full-time MBAs, ranked second, and its joint EMBA programme (taught with Columbia Business School in the US) and customised executive education courses, both in fourth place. 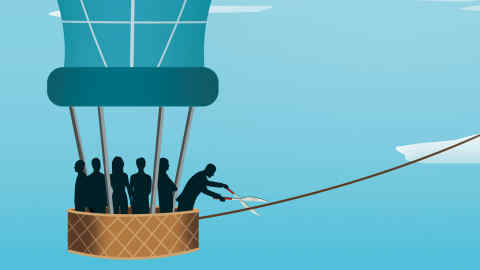 “LBS has a great student body, very diverse in terms of nationality, competitive and intelligent,” commented one American graduate from the class of 2012. “It also gave me the opportunity to study in the US [on exchange] without having to do a purely US-focused American MBA.”

Several French schools showed progress, some regaining ground they lost last year. Edhec Business School recorded the greatest rise, climbing 11 places to 14th. The school dropped eight places last year when it did not appear in the EMBA ranking due to a low response by alumni to the survey. Its 2016 position is its highest in Europe since the ranking began in 2004.

Other notable performances include EMLyon Business School and Rotterdam School of Management, in the Netherlands. The French school climbed nine places to 20th, recovering from a drop of 15 places the previous year, while the Dutch school is back in the top 10 for the first time since 2013. 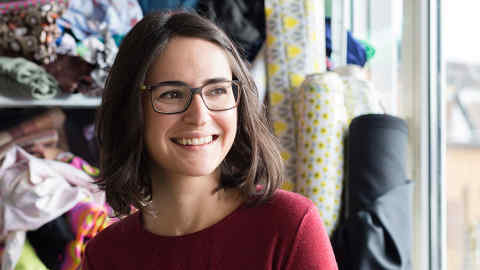 Because this is a relative ranking based upon the aggregated performances across five rankings, a good score in one or two does not automatically mean a better placing overall. So for example Stockholm School of Economics moved up eight and 13 places respectively in the European ranks for EMBA and MiM but still fell two places overall. SSE does not have a ranked MBA and so is ranked on four courses instead of the maximum five, limiting its overall score.

Four schools are ranked for the first time: two from France and one each from the UK and the Netherlands. Université Paris-Dauphine is the highest new entrant, in 74th place.

The UK is a leading centre for business education in Europe, alongside France. Following the UK’s referendum vote to leave the EU, how does business education in the UK compare with the rest of the region? In terms of numbers, the ranking features 20 schools from the UK, 61 from the 27 EU nations and nine from the rest of Europe. UK schools are far more international than their EU counterparts, with British faculty and students in a minority.

This is the third year in a row at the top of the ranking for LBS, which held onto its European lead despite two of its programmes dropping behind Insead’s. LBS lost its claim to offer the best MBA in Europe in January after Insead topped that ranking, and its joint executive MBA came below Insead’s joint and single programmes. Nonetheless, LBS recorded a very strong performance across all FT rankings, with all its programmes making the European top 10.

The Madrid school is top in Spain outperforming its two main competitors from Barcelona, Esade and Iese. IE and Esade shared joint fifth place in 2015 but IE moved up one place to fourth while Esade fell to sixth. IE maintained its position in the MBA ranking and dropped only one position in the EMBA ranking, while Esade lost places in both. Iese, on the other hand is ranked number one for Executive Education but lost points for not having a Masters in Management.

The two Portuguese schools are ranked joint 23rd (with Tias in the Netherlands). The schools are less than 2km apart in Lisbon and are friendly rivals. They jointly deliver a full-time MBA — the flagship programme, ranked 15th in Europe — and an executive MBA. Católica does better in executive education while Nova leads in the Masters in Management. Católica has previously outperformed Nova in the European ranking but the gap has been closing and they could not be separated this year.

Of the four schools ranked for the first time in 2016, the Parisian university is highest in 74th place. These four schools all joined the top 90 thanks to their performance in September’s Masters in Management ranking. Paris-Dauphine’s MiM is ranked 50th in Europe. “MIB Dauphine is incredible thanks to the apprenticeship, which allows us to work in prestigious companies such as Microsoft, HP or Louis Vuitton,” said one graduate surveyed for the ranking.

The school in northern England has dropped 41 places to 83rd. This combined ranking is based on the quality and breadth of postgraduate programmes, so schools must feature in all rankings to maximise points. Bradford came 31st last year for its MBA and 48th for its executive MBA but dropped out of both due to a low number of graduates and a low alumni survey response rate. Its Masters in Management dropped 15 places in the European standing to 66th.

The University of Economics in Prague is one of a handful of institutions from eastern Europe in the ranking. It is also the only institution not accredited by Equis or AACSB, normally a prerequisite for being ranked. However, it is included as a member of the Cems alliance of 30 business schools that delivers a global Masters in Management. Its MiM ranked 72nd in Europe, down 10 places compared with the 2015 ranking, which included an extra 10 schools.