What does Brexit mean for European business schools?

Join Jonathan Moules for a live panel discussion on the FT’s Facebook page at 11am GMT on December 5. Jonathan and the panel will discuss what Brexit will mean for business education.

London used to be an important stop on the itinerary of European city visits organised by Dennis Vink for his 50 students. But in the wake of the UK’s Brexit vote the programme director for the international MBA at Nyenrode Business Universiteit has had to scratch the capital off the Dutch school’s list.

The visits were as much about building connections that might lead to jobs as understanding how Canary Wharf and the City of London work. Those opportunities are now evaporating, according to Prof Vink, so next year’s trip will be to Paris.

“Since the Brexit vote, it has been quite impossible for us to go to the institutions we visited last time because they are all reorganising, cutting jobs,” he says. One of the two investment bankers who helped organise last year’s London trip is now looking to relocate back to the Netherlands.

The effects of the UK referendum vote to leave the EU are rippling across the continent. While some see hope in the decline of the pound, making fees at UK business schools relatively cheap, most deans see little reason to crow about the result of the vote. The main concern is that internationally mobile students and faculty staff will move to locations where they can best safeguard their future, which would imply a flight from the UK.

Institutions running one in six British business degree courses have noted an increase in EU-based applicants not turning up to start their studies this academic year, according to a survey conducted after the Brexit vote by the Chartered Association of Business Schools (CABS) of its 120 members.

This was perhaps more concerning given that a majority of the business schools surveyed reported an increase in applications from prospective EU students before the referendum. However, it is unclear from the results of the survey whether students would have chosen schools in other EU countries over the UK if they had known the outcome of the vote.

Marcos Ramirez, who is from Chile, secured places to study for an MBA at Cambridge’s Judge Business School and Insead, whose Fontainebleau campus lies near Paris. He chose the latter. Ramirez does not support the UK’s vote to leave the EU and is concerned about the uncertainty the Brexit decision has created for him and other students coming to Europe to study. However, it would not have been the deciding factor in his choice of where to study. “I’m just a bit concerned about job opportunities after the MBA, but I would have to go through the same hassle with or without the UK in the EU,” he adds.

While the weakening British currency might make studying in the UK more attractive for price-conscious students, this is likely to be a transitory benefit, according to Sangeet Chowfla, president and chief executive of the Graduate Management Admission Council, owner of the GMAT business school entrance exam. 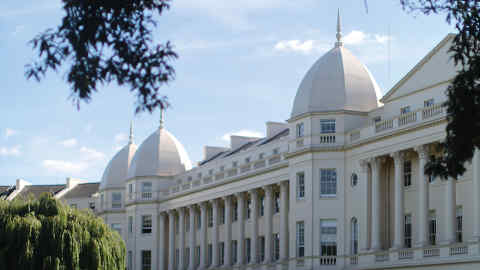 Data from the GMAC show many international applicants to UK business schools are concerned with job placement opportunities, but this is largely because of worries about the availability of post-study work visas, he notes. Brexit might add to these concerns, but the greater threat to UK schools is the large number of English-language graduate degree programmes across Europe that appear high up the business school rankings, Chowfla says.

What the effect of Brexit will be on academic staff and their ability to work in the UK is uncertain. One in 10 of the British schools surveyed by CABS said they had already lost EU research partners or had cancelled plans to bid for EU research funding.

Almost 7 per cent of respondents said they had lost staff as a result of the Brexit vote. This compared with 30 per cent who felt this was unlikely to ever happen among their faculty, although 12 per cent claimed they had already experienced difficulty recruiting people from other EU countries.

The dean of a French business school, who wishes to remain anonymous, says two of the 19 faculty members he has hired this year became available as a direct result of the Brexit decision. None of the other schools interviewed for this article reported any such movement, however.

Bert De Reyck, the Belgian-born and educated director of UCL School of Management in London, recently completed his British citizenship tests to gain a UK passport. But this was the result of a decision taken long before the UK’s EU referendum, he insists. 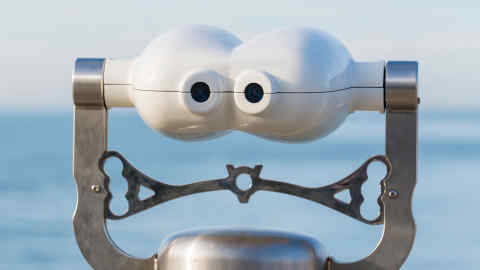 London benefits from being the world’s largest cluster of leading educational institutions, which means job prospects will still be good for academics based in the city, according to Prof De Reyck. “Brexit will involve challenges, not least economically, but I don’t think hiring academics will be part of that,” he says.

Another business school head who doubts whether Brexit will make it harder for UK institutions to recruit is Ilian Mihov, dean of Insead. He notes that Switzerland has several leading business schools and appears to have few problems attracting staff, despite being outside the EU.

Location is important to the success of European business schools, according to Nyenrode’s Prof Vink. But he claims that it is the chances of getting a job after graduation locally rather than the quantity of highly ranked schools in the vicinity that will decide where students want to be based. For this reason, he thinks that business schools in London, and the UK generally, will suffer from the country splitting up with the EU. “I am sure that the decision not to go to London will be sad for our students,” he says. “But the average MBA student is more interested in getting a good job.”