Whether it is a disparity in pocket money between school-age boys and girls, or actress Jennifer Lawrence earning less than her male co-stars in Hollywood, the message is the same: the gender pay gap persists.

The International Labour Organisation, a UN agency, estimates that the average gender pay gap across the world is 23 per cent, and that if the current trend of “small” improvements continues, it will take some 70 years to close. 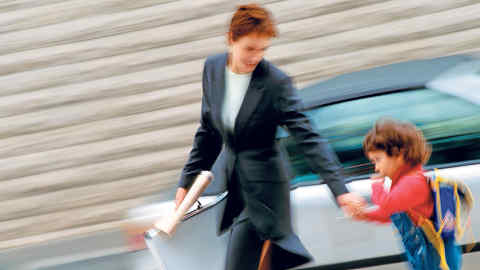 But with a shift towards greater pay transparency and growing public awareness, companies cannot afford to wait to eradicate their own earnings gaps, experts say.

In the UK — where data from the Office for National Statistics show the gap narrowed slightly to 18.1 per cent in 2016 from 20.2 per cent in 2011 — all companies with more than 250 employees will be required to report publicly the average hourly pay difference between male and female staff from April 2018. Countries such as Belgium and Austria already have reporting laws in place, and former US president Barack Obama proposed a similar initiative before he left office.

“Voluntary reporting did not achieve the desired results,” says Shirley Hall, a partner specialising in employment law at Eversheds Sutherland, in the UK. “[But] companies are now looking at this matter seriously . . . it has moved up the agenda.”

Above all, she says, organisations need to establish the factors causing gaps by looking more carefully at their own data, for example through an equal pay review or audit. Underlying causes are many and complex, including discrimination as well as “greater societal or cultural issues”.

One broad explanation is that there are far fewer women in higher-paying, senior jobs. Claudia Goldin, a professor of economics at Harvard University, says motherhood and other caring res­ponsibilities mean more women require time flexibility, which slows progress in their careers. Evidence of this includes statistics from the US Labor Department showing that while the gender pay split for millennials was less than 5 per cent for 22-24-year-olds working full-time in 2016, it has been consistently wider for women in their 30s. Last year the gap was more than 16 per cent for the 35 to 44 age range.

“As the burdens of family increase, women take a much bigger hit than men,” Prof Goldin says. “We see this not just in America, we see this in places where we think the welfare state is the most supportive such as Sweden and Denmark.”

Another factor is that women tend to work part-time or in lower-paid sectors such as retail, caring and leisure from the outset. In contrast, most male-dominated sectors — including finance and oil and gas — are also the highest paying overall.

But even when adjusting for differences in variables such as skills, level, sector and tenure, an “unexplained” pay gap persists — most often attributed by experts to discrimination, bias or “historic differences” in pay.

A 2016 study by Hay Group found that, while the “headline” pay gap was between 15 and 25 per cent for most countries, the gap largely fell to less than 3 per cent when comparing men and women in the same company with the same job level and function. A 2016 survey by Glassdoor, the employer review website, puts the “unexplained” US pay gap at 5.4 per cent, while the OECD notes larger unexplained gaps in emerging economies.

Organisations looking for female candidates in industries where they are under-represented need to be more “activist”, says Benjamin Frost, a pay consultant at Korn Ferry Hay Group. Tackling the gap more broadly is about “how companies recruit, manage, dev­elop and promote people,” he adds, pointing to initiatives around childcare, flexible working, and — “the big one” — women returning from maternity leave.

To tackle unexplained discrepancies in pay for comparable work, some approaches target a behavioural aspect on the woman’s part. One example is salary negotiation training, because studies suggest women are less likely to ask for a raise or are penalised for challenging gender stereotypes when they do so.

Other employers are scrutinising their own HR practices. Laszlo Bock, former senior vice-president of people operations at Google, and author of Work Rules!, identifies “anchoring bias” as an important cause of the pay gap. This is the tendency to pay a person based on their previous salary because “our brains get stuck on an initial number”, he says.

Sceptics argue that banning salary negotiations is not realistic in a competitive environment when many organisations use the former-salary benchmark to assess what it would take to attract a particular individual.

But Mr Bock counters that companies should assess the demands of a role as well as wider industry data when deciding what they are prepared to pay.

“If you don’t eliminate [the gap] when people are hired, you never, never catch people up,” he says.