Schemes help mothers and carers to rejoin the workforce

When Jane Bateman, a UK-based marketing consultant, had her second child in 2011, she took a career break. “I knew I would get back into my career. I didn’t know how many kids I’d have,” she says.

In the end she had a third child a year later, but after her youngest turned four, she decided it was time to re-enter the workplace. She had continued to do bits of work here and there on a pro-bono basis in order to keep her hand in and so there were no large gaps on her CV.

She approached potential employers, who were, she says, largely positive — at least initially. Their enthusiasm quickly waned when the penny dropped that she had taken a break from work.

“It was a shock that it was so difficult [to get a job],” she says. “The common feedback was that they wanted someone to hit the ground running.”

So last year Ms Bateman joined a programme called “Back2businessship”, to help build her confidence, to network and to plan her back-to-work strategy.

This six-day course, which ran over two weeks, was started in 2014 by Liz Nottingham, a human resources professional, and Amanda Fone, chief executive of F1 Recruitment, a recruitment agency. They wanted to help women in the marketing and communications sector return to work after a career break. Today, Ms Bateman is doing a “returnship”, a three-month paid work stint at Golin, the communications group. “It’s a real job, not a bit of work experience,” she says.

Such programmes help tackle the problems experienced by women — and, increasingly, men — when coming back to work after caring for children. Also, as life expectancy increases, such breaks may be undertaken by workers looking after aged parents.

The rise of the so-called “sandwich generation” — people juggling responsibilities for looking after both parents and children — has meant that companies may also face the problem of greater numbers of employees taking time off to care for ageing relatives later in their careers, rather than solely when their children are young.

The CIPD, the UK professional body for human resources, reported last year that “caring for both children and older loved ones is negatively affecting the employee’s ability to earn, along with restricting opportunities for career progression”.

According to PwC, the professional services firm, addressing the career break penalty is vital because employers are losing skills and expertise. It warned last year that about three in every five professional women in the UK returning to the workforce — about 249,000 in total — move into lower-skilled and lower-paid jobs.

The Women’s Business Council, founded in 2012 to advise the UK government on how women’s contribution to economic growth can improve, says that “business should do more to help mothers when returning to work, including effective return to work procedures, work experience for mothers taking career breaks and talent management schemes”.

Ms Nottingham, who is executive HR director for Emea at digital agency R/GA, says that confidence and self esteem are problems for many women who have taken an extended break. The talks and networking at Back2businessship help tackle this. As well as boning up on CV writing and preparing for interviews — including how to talk about the career gap — attendees hear from women who have successfully returned to work.

Mandy Garner, editor of Workingmums.co.uk, a website for professional mothers, says women returning to work often fear that technology has changed and their skills are out of date.

In fact, she says, they “often pick [the new tech] up very quickly. It’s confidence that is a big barrier.” It is important, she says, for women to create networks with other returners so they can reduce their sense of isolation and become more likely to hear about opportunities.

The best returnships, Ms Garner says, lead to permanent contracts. “Those [companies] doing these programmes . . . want to get the best people and they realise they have lost some brilliant people due to career breaks.”

Yet, while applauding such initiatives, an MPs’ report by the UK’s all-party parliamentary group on women and work recently pointed out that such schemes tend to focus on professional careers. The report recommended more help for women in lower-income and mid-level positions. Jess Phillips, MP and co-chair of the group, observes: “Too often conversations about women returners leave behind those that don’t work in the City [of London].”

In any case, women need to think carefully about what the repercussions of a gap might be, says Ms Fone, co-founder of the Back2businessship scheme. “This ‘see how I feel when I’ve had a baby’ language [has to change]”, she says. “You don’t hear a man talking about a sabbatical like that — it’s framed as a plan.”

Ms Nottingham echoes this sentiment. Women taking a break should plan how they will stay current in a changing workplace and keep connected with the world they left behind, she says. 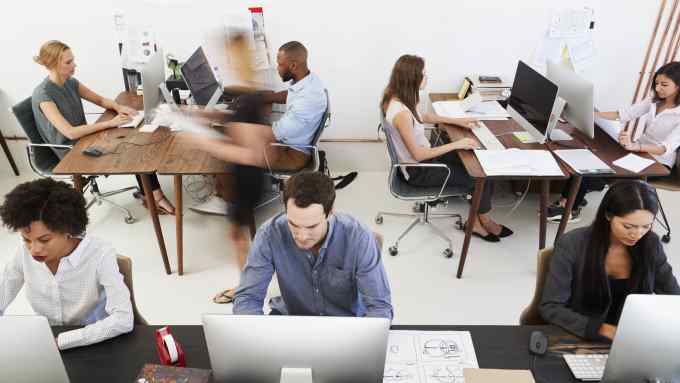 The importance of maintaining mental and emotional health.