Transition to lower carbon economy looks set to be led by Asia, not Europe or the US
Nick Butler

The transition to a lower carbon economy has been long promised but the reality remains elusive.

There is no doubt that the costs of renewables — led by solar and onshore wind — are now materially cheaper than they ever have been, having fallen respectively to the point at which the International Energy Agency in its latest short term outlook sees prices falling to between $20 and $50 per megawatt hour.

That means they can compete with other fuels, even if some of the costs of providing back up to cover the intermittency of renewable supplies are included. In some markets, neither subsidies nor protected market shares will be necessary.

Why then is the pace of change in the sector, especially in the developed world, so slow?

Hydrocarbons continue to dominate with oil, gas and coal providing over 80 per cent of energy supply. Most serious long term forecasts suggest that dominance will decline only slowly and that renewables will still be providing little more than 15 per cent of the world’s electricity needs in 20 years’ time.

The challenge is investment and the economics of the industry. Readers might like to take a moment to consider the composition of the funds which provide their pensions or hold their savings. Unless you are a committed and active investor, most of those funds are likely to hold shares in the major oil and gas companies rather than in enterprises developing wind or solar power.

The reasons are straightforward. The energy majors continue to generate high yields. Despite price volatility, the returns look secure — the industry has successfully adapted to low oil and gas prices and most of the companies continue to generate plenty of new investment projects. For investors, the choice is easy.

The majors — from Chevron and Exxon to Shell and Total — can hardly be described as helping lead the way to a low-carbon economy in a profound way. Advertising such as Exxon’s promotion of its investment in the technology which produces oil from algae is highly visible. But corporate investment remains predominantly focused on oil and gas.

As reported in the FT in December, none of the majors invests more than 5 per cent of total capex on low carbon projects. In every case, oil and gas receive more than 95 per cent of the annual total.

This too has a rational explanation. Oil and gas fields are large scale investments providing high returns. Few projects with returns of below 15 per cent, even on highly pessimistic assumptions about market conditions and prices, are approved. Actual returns commonly turn out to be much higher, not least because advances in technology usually allow more oil and gas to be produced over time than is initially anticipated.

This makes it very difficult for renewable projects to compete for approval from any capital allocation committee. Solar and wind projects are much smaller — in many cases not meeting the materiality thresholds which companies usually set. Few offer returns which can match the oil and gas business. Supplying electricity is highly competitive and the barriers to entry (access to resources and experience in complex project development) are typically much lower. For all these reasons it is hard to see how the energy majors who are trying to integrate renewables into their existing business structures will ever lead the energy transition.

The other problem for investors is that the renewables sector remains fragmented, with thousands of small businesses often dedicated to a single geographic market.

With technology continually evolving it is tough for even the most committed investors to know where to put their money. The majors who do want to grow a distinct renewables business over time struggle to decide which of the existing ventures they should buy to create a base. The structure of the renewables business will always be different — the supply of solar and wind is inherently a widely distributed activity — but some significant consolidation of activity is essential if the energy transition is really going to take place.

One answer may lie in the already evident growth of renewables in China and elsewhere in the emerging economies of Asia. In China, government is leading investment in the field, reflecting state policy and the desire to create a new set of enterprises which can make the country a global industrial power. In such circumstances, short term financial returns matter less than growth and scale.

China already dominates the production of solar panels, wind turbines and batteries and is a world leader in grid technology. In the absence of a serious consolidation of the renewables sector in Europe and the US, we may soon find that the worldwide transition to lower carbon economy is a project led by Asia. 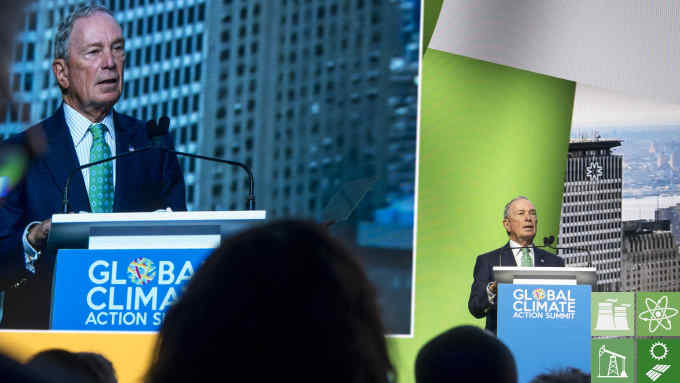