When Michael Bloomberg took the stage at the climate summit in San Francisco in September, wearing a pin badge of the American flag and an appropriately green tie, the audience greeted him almost as if he was a head of state.

Many of the people attending the summit probably wished that he were. In the two years since Donald Trump was elected president, Mr Bloomberg has become a sort of climate ambassador for the US.

After President Trump said he would pull the US out of the Paris climate accord, Mr Bloomberg helped lead a new coalition of cities, states and businesses, called We Are Still In, that pledged to cut emissions anyway.

Since leaving office in 2013, Mr Bloomberg, who was mayor of New York City for three terms, has devoted an increasing amount of his time and fortune to climate-related causes, including fighting the use of coal. Mr Bloomberg says he has been galvanised in part by Mr Trump’s support for coal.

“I’m dismayed by what goes on in Washington every day,” Mr Bloomberg tells the Financial Times. “In this world where you have a president denying science, it is very scary.”

That disconnect was highlighted last week, when President Trump dismissed the findings of a sweeping US government report about how climate change would affect the US economy.

The report, which the government is legally mandated to produce, spelt out in detail how climate would affect sectors such as agriculture, real estate, and the likelihood of natural disasters.

But Mr Bloomberg is optimistic that US carbon emissions can be cut regardless of the president’s stance.

“I’m a capitalist and I think that people will do what is in their own interest,” he says. The same types of changes that will help climate change are also good for businesses and good for people’s health, he adds.

“It really is the economics as much as anything that are driving [the energy transition] and will win in the end. The real question is will they win in time to stop serious things that can’t be undone.”

We have a leader of the free world walking away from science. If you tried to write a book or a movie saying that, you’d be laughed out of the theatre

In some ways Mr Bloomberg, 76, is an unlikely environmental hero. Born in Massachusetts in 1942, he worked as a trader on Wall Street for 15 years before founding the financial information services company that bears his name. His political affiliations have changed several times, from Democrat to Republican to Independent, and then back to Democrat again this year.

When he became mayor of New York in 2001, shortly after the 9/11 attacks, no one was particularly focused on the environment, he recalls. But over the course of 12 years in office his policies included proposing a congestion charge (which after encountering opposition at state level did not come to fruition) and cleaning up emissions from heating systems in buildings.

Unlike many environmental activists, Mr Bloomberg supports nuclear power, and does not want to ban fracking (just do it safely, he says) or stop the long-delayed Keystone XL oil pipeline, which has attracted opposition from environmentalists. He says it was the public health risks of air pollution and climate change that first drew his attention when he was mayor. 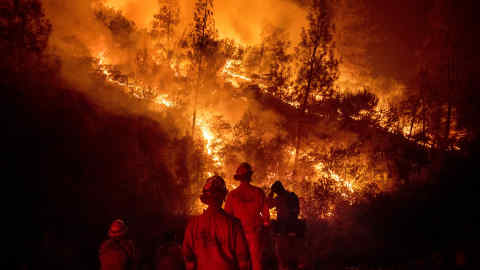 However, this week as the annual UN climate talks get under way in Katowice, Poland, a former coal mining town, the challenges of making the transition away from fossil fuels will be on full display.

Mr Bloomberg says he is worried about the talks. Negotiators are tasked with agreeing on the rules that will govern the climate pact, a job that will be more difficult to accomplish because of the vacuum in the leadership created by the US.

Technically the US is still in the climate pact — it cannot legally withdraw before November 2020. Mr Bloomberg has helped to make up the budget shortfall at the UN climate secretariat, which resulted from US budget cuts, with a $4.5m donation from Bloomberg Philanthropies, his private charity.

Mr Bloomberg stresses that tackling climate change is not only up to the negotiators at the UN. “It would be better if people followed COP21 [the Paris climate agreement] and I urge them to do so,” he says. “But governments work somewhat separate from the real world,” he adds, pointing again to the people and businesses that he says are on the frontline of climate change.

Underscoring that point, Bloomberg Philanthropies has sponsored a National Geographic documentary, which is due to be premiered on December 12. The work, called Paris to Pittsburgh, shows some of the US communities witnessing the impact of climate change, from the rancher who lost her horses in a wildfire, to the homeowners threatened by hurricanes and rising sea levels.

While he insists that the US can fight climate change no matter who is in the White House, he still has not ruled out the possibility of running for the job himself in 2020, when President Trump comes up for re-election. Mr Bloomberg says he will make a decision next year about whether or not to run.

“I think it’s a great job, but I don’t know whether it’s possible, and whether it’s the right thing,” he says. And what occurs in Washington alarms him. “We have a leader of the free world walking away from science,” he says. “If you tried to write a book or a movie saying that, you’d be laughed out of the theatre.”

Get alerts on Michael Bloomberg when a new story is published 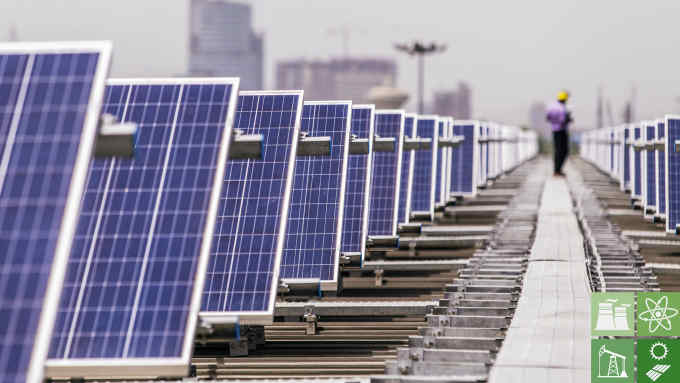