We’ll send you a myFT Daily Digest email rounding up the latest Germany news every morning.

The rightwing, populist Alternative for Germany (AfD) is on the cusp of entering the Bundestag for the first time.

It would be the first time since 1961 that a nationalist party to the right of Angela Merkel’s CDU/CSU bloc has been represented in the German parliament.

The FT’s poll of polls currently shows the AfD’s support at 10 per cent. This puts the party on track to win between 7 per cent and 12 per cent of the vote in Germany’s federal election on Sunday. Zweitstimme.org, a team of political scientists analysing poll data and historical trends, says the probability of an AfD result in this 7-12 per cent range is 83 per cent — the same 5-in-6 chance as rolling anything other than a six on a die.

The AfD is likely to win greater support in the former East Germany than in the country’s west.

The most recent state-level polls in late July and early August showed support at 18 per cent and 22 per cent in the eastern states of Thuringia and Mecklenburg-Vorpommern — compared with just 9.5 per cent nationally at the time. By contrast, polls in western states such as Baden-Württemberg, Bavaria and North Rhine-Westphalia have shown less support for the AfD than the national trend.

The map above shows the AfD’s results in the 13 state elections in the past four years compared with national polling trends at the time. The map shows widespread support in eastern states such as Mecklenburg-Vorpommern and Saxony-Anhalt, where the AfD recorded its strongest electoral results in 2016 after making little impact there in the 2013 federal election. In some western states, the AfD’s support has been much more scattered.

While only 19 per cent of Germany’s voters live in the east of the country, 29 per cent of AfD supporters do, according to the German Institute for Economic Research (DIW). Only the Left party has its support more concentrated in the east.

In its short history the AfD has rapidly morphed from a “professors’ party” of Eurosceptic economists to one focused on nationalist conservatism and anti-migration policies, similar to other European populist parties. As the party has tacked to the right, its base of support has changed as well, making it difficult to draw conclusions from all but the most recent data. A DIW study showed this rapidly changing composition by analysing three years of data from 2013 to 2016.

The DIW analysis found that 69 per cent of the party’s supporters are men. No other party skews as heavily male as the AfD. The average AfD supporter is 51.4 years old, which is just a few months older than the average voter. CDU, SPD and FDP supporters are all older on average, and count more pensioners among their supporters. Only supporters of the Green party are more likely to be in the 30-54 age bracket than those supporting the AfD.

The party has become more widely supported among working-class voters, with a large share of voters among unskilled occupations, according to a separate DIW analysis of the 2016 German General Social Survey.

However, it would be a mistake to think of the AfD as a party appealing exclusively to an economic “precariat”, or one which is only a regional phenomenon — several studies based on survey data have shown the party to have broad support. While the median income of AfD voters is low compared with other parties, it also has the broadest income distribution, with a substantial minority of high earners.

As with National Front supporters in France, the AfD’s messages have resonated particularly with people whose economic outlook is pessimistic, regardless of their actual income and status. According to the DIW, the party has the highest share of supporters who describe their economic circumstances as bad or very bad. Uniquely among the German parties, a majority of AfD supporters see their economic situation as unfair.

Other recent research paints a similar picture. Voters’ dissatisfaction with their economic circumstances is the biggest driver of support for the AfD, according to a large-scale online survey conducted early this year by the Hans Böckler Foundation, a research institute linked to the German Confederation of Trade Unions.

This found that AfD supporters are likely to be dissatisfied with, and concerned about, their financial future, and to worry about downward social mobility.

Surveys have shown AfD supporters are more likely to say they have experienced downward social mobility relative to their parents.

A new home for ‘other’ voters

The AfD has been very successful at consolidating the anti-establishment vote and mobilising people who had not voted in previous elections. Exit polls from regional elections since the last federal election four years ago show that the party drew large parts of its support from minor parties and by rallying people who had previously not voted at all.

It may be worth watching the “other” column in Sunday’s election returns: a collective swing away from Germany’s marginal parties could be a factor in propelling the AfD into the Bundestag. 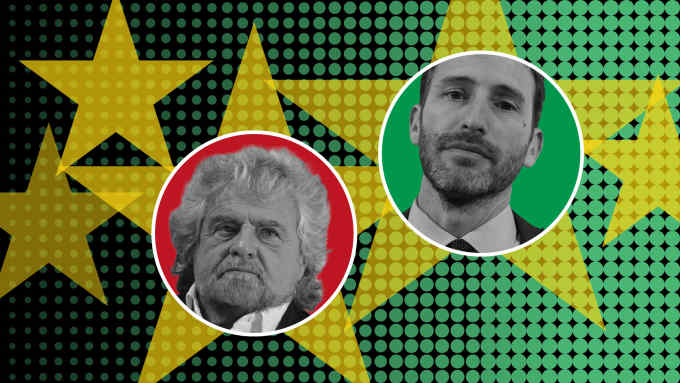